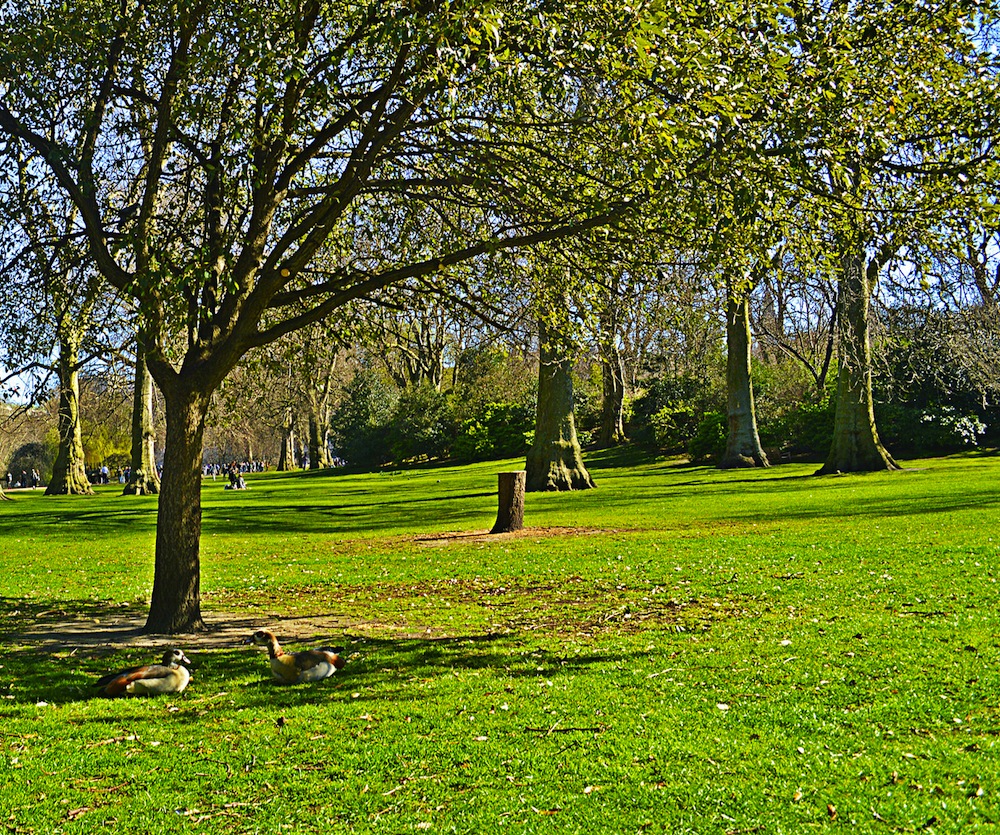 Yes, I understand the appeal of the park, an oasis of greenery nestled between an aqueduct and the 605 freeway on the outskirts of Long Beach. Youth soccer teams practice in the park, the nearby high schools use it as a space for activities, the city holds frequent events there, and rather recently a dog park has been fitted into it. It’s been a staple of the community for as long as I remember, so you’re guaranteed to see an old friend upon each visit.

Still, I can’t stand it.

The hatred began around the time that my family got our second dog, giving us a pair of miniature pinschers: Minnie and Tinkerbell (for the record, I had no say in naming either of them). Both dogs were unruly, so my mother decided it was time for training. She had been walking Minnie in El Dorado Park for years before Tinkerbell showed up, so she decided it would be a good place to implement the training she was learning from an obedience class. Seeing as how it wasn’t plausible to train two dogs at once, she enlisted me to train Tink while she trained Minnie.

It was an impossible task. These dogs were out of control, and I was convinced that no amount of training would fix that.

We took the dogs to class once a week, and on the off days, walked them in the park, trying to get them to heel, sit and stop on command. It was an impossible task. These dogs were out of control, and I was convinced that no amount of training would fix that. But my mother insisted. And so I walked Tink through the park for months, alternating between calming tones and screaming at her to cooperate. I was offered no reward, no allowance, no incentive other than avoiding punishment for disobeying my mother’s wishes. It was one of the most frustrating things I’d ever had to deal with and I began to resent having to do it every day.

My resentment spread to other parts of my life. In those early teen years, I was a part of a rather competitive club soccer team. I loved my teammates and coach; even practicing twice a week with them was a joy. That was until the off-season when a third practice was added simply for conditioning so we could stay in shape until next season. These were two-hour sessions of complete hell, and of course they took place in El Dorado Park.

By the time I reached high school, I would shudder upon hearing the name of the park. When I decided to try something new and join the cross-country team (probably a bad idea since I don’t like running), I quit after a week—when I realized that the squad would train in El Dorado Park.

So I did all I could to remove any and all traces of El Dorado Park from my life, and I felt fine. I moved away to college in another state, assuming the park and I were done with each other.

Instead, I keep getting pulled back. The blame falls on those I love. My family, for reasons that defy my understanding, is obsessed with El Dorado. Every time I visit home, someone—mother, father, one of my three sisters—suggests visiting the park, and despite my objections, the suggestion is acted upon. We play Frisbee in the park, we play soccer in the park, and we walk our (now, mercifully, only one) dog in the park. All of these activities should be fun on their own, and I always adore spending time with my family, but for some reason when any of this is done in El Dorado Park, I abhor any and all of it. Walking along the perfectly paved path through the tall trees and abundant grass, and around the central lake where children feed ducks, is simply infuriating.

I understand that my loathing is irrational. My blame is misplaced. And so I feel bad about hating El Dorado Park, which makes me hate the park all the more. Maybe someday I’ll conquer my feelings for the park. But right now, I’m fuming as I write this down.