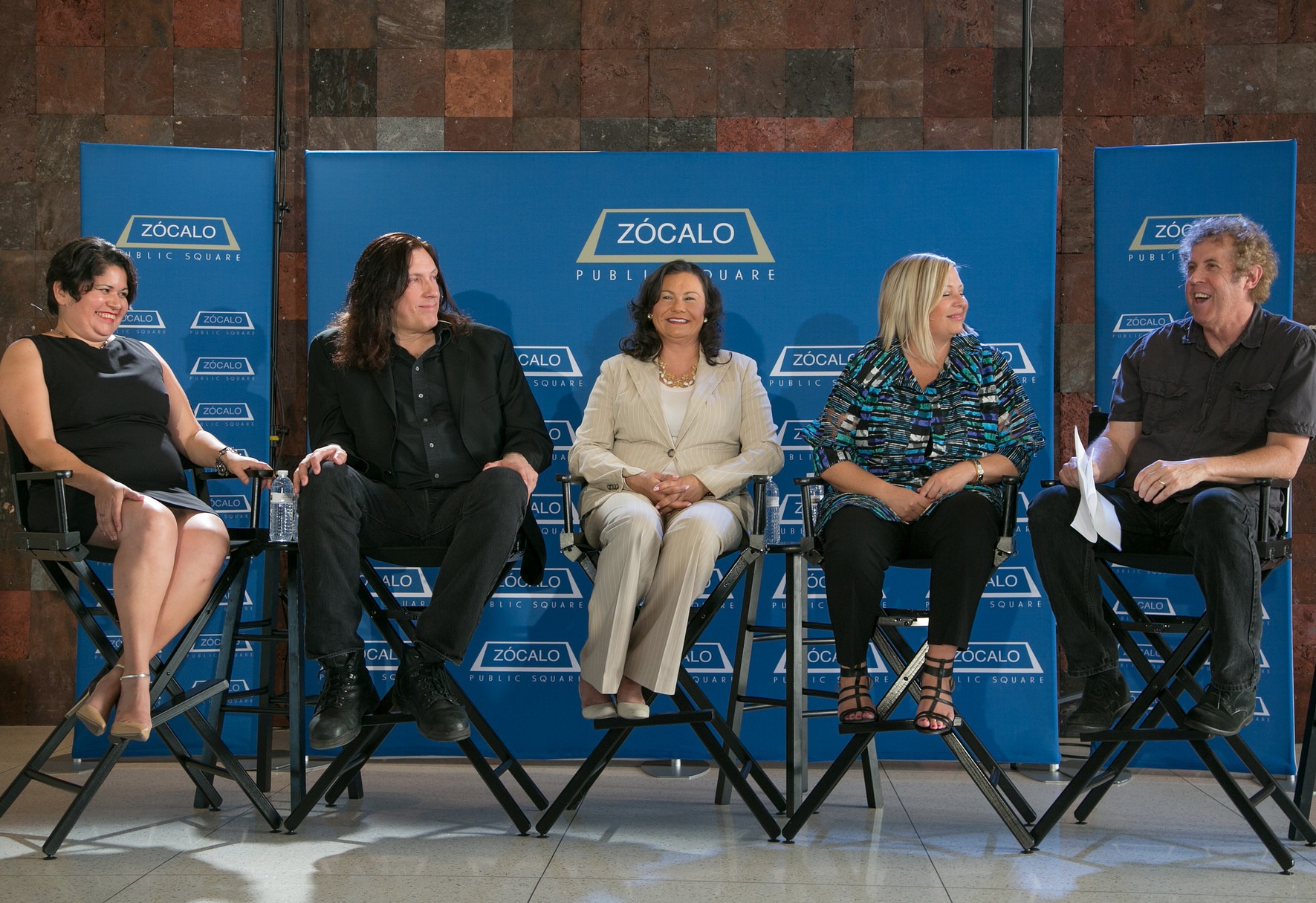 There are 15 major arts and music festivals in the Coachella Valley each year, from the Coachella Valley Music and Arts Festival and the Palm Springs International Film Festival to the Rancho Mirage Writers Festival and the Desert Lexus Jazz Festival—and that’s just from January to June. What do these festivals bring to the local community, and why have they all sprung up in this area? These were the questions tackled at a “Living the Arts” event co-presented by the James Irvine Foundation in front of a full house at the Sunnylands Center & Gardens in Rancho Mirage.

Desert Sun arts and entertainment reporter Bruce Fessier—whose beat is strictly covering these festivals—began the discussion by asking if the Valley simply has too many festivals, and if they’re being forced to compete with one another.

Lisa Vossler Smith, executive director of Modernism Week—a festival devoted to mid-century architecture and design—said that as both a festival planner and a Coachella Valley native, the answer is no. “I’m thrilled to see the growth and diversity in our festival schedule,” she said. “There is something for everyone in our Valley.”

Palm Springs Art Museum deputy education director Irene N. Rodríguez agreed; rather than competing, she said, these festivals provide their audiences with different perspectives on local communities and a taste of cultures other than their own.

Indio Mayor Lupe Ramos Watson said that the most successful festivals come from locals—and then draw in tourists who want to be a part of the celebration. She pointed to the Riverside County Fair and National Date Festival, now in its 69th year, as an example. It began as a celebration of the end of the harvest for the community, and today brings together 300,000 attendees annually.

Not all festivals are so lucky. Music writer and photographer Steve Appleford, who has covered many of them, including Coachella since its inception, said that there were so many festivals starting in the early 1990s that not all could survive. The Warped Tour lives on, as does Lollapalooza (originally a touring festival that’s now anchored in Chicago), but Ozzfest and Lilith Fair were not so lucky. Ozzfest was actually a victim of its own success: It did so well that bands started asking for too much money.

Appleford said that what distinguishes Coachella is that it started as a labor of love—and that Goldenvoice, the concert promoter that organizes the festival, is very astute about what’s happening in music. They are “exceptionally good” at picking both big bands and acts that are going to be big later on, and they have always been “forward-looking” rather than choosing top 10 or top 40 artists.

Art has become an increasingly large part of Coachella. What, asked Fessier, does this aspect of the festival—and what do arts festivals in general—do for local audiences and artists?

Rodríguez said that they create “awareness” among broader audiences, allowing people to get familiar and comfortable with contemporary art—which can be “very difficult to understand.” Festivals also bring emerging artists’ work to the attention of collectors and gallery owners.

Festivals can also bring local artists to bigger audiences. Watson said that when Lisa Vossler Smith’s husband, artist Phillip K. Smith III, was exhibited at Coachella, it was a “proud moment” for the community.

The cultural value of the festival can’t be measured, but the business value can. Ramos Watson said that a study commissioned by Indio found that Coachella has a $90 million impact on the city each year, with over $20 million in sales activity. As a result, the city has made a greater effort to help the festival grow. In return, Goldenvoice also gives back to the community, helping young people with music and arts opportunities in particular. “At the end of the day, we were satisfied with what we learned,” Ramos Watson said of the study, “and we’re confident about the future of festivals in Indio.”

Fessier asked Ramos Watson if she was concerned about “alternative crowds” and problems with safety. She said that the city was unfamiliar with the attendees in Coachella’s early years, but has learned that the crowds are “nice kids,” many of whom are still in school and save up for the whole year to attend. Like any other tourists, they want to have a nice time. “It’s just an extra 100,000 people in our city over the weekend,” she said, eliciting audience laughter.

Appleford credited Goldenvoice with knowing its audience for the safe atmosphere—a sharp contrast to the disaster of Woodstock 1999, which took place a few months before the inaugural Coachella and made national news with fires and physical assaults. “I’ve never seen a fight at Coachella,” said Appleford.

So what’s the secret to a successful festival? “I spend an awful lot of time curating,” said Vossler Smith of the work behind Modernism Week. She said that “quality” is the number-one thing she has learned from Coachella—the importance of setting a really high standard and creating a brand “people can count on year after year.” A great festival, she added—whether it’s Coachella or the Indio International Tamale Festival—offers audiences something new.

The Tamale Festival, said Ramos Watson, grew out of one city council member’s desire to get into the Guinness Book of World Records by building the largest tamale. The organic nature of its origins got the community invested in the first place—and now hundreds of thousands of people attend the festival over one December weekend.

“The festival has become the new convention,” said Vossler Smith. Industry conferences were educational and networking opportunities; now, festivals—be they architectural, literary, musical—are bringing together the “best thinkers and most voracious collectors in these fields together.” Successful festivals also cross boundaries, merging different experiences—fashion and culinary, architecture and design, in the case of Modernism Week. “You need more than one activity going on to call it a festival,” she said. There ought to be a level of diversity and engagement; if it’s a one-note event, it’s not a festival. 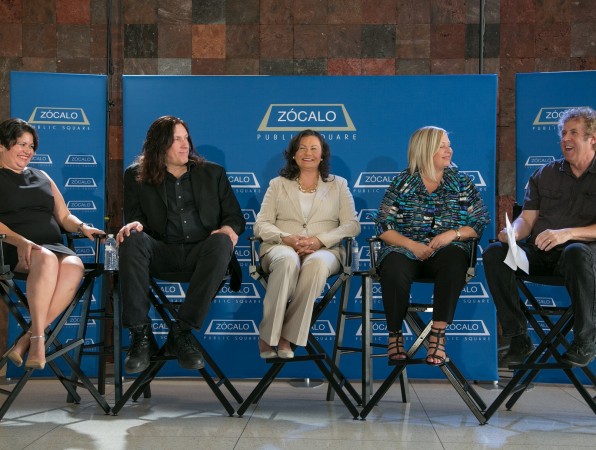 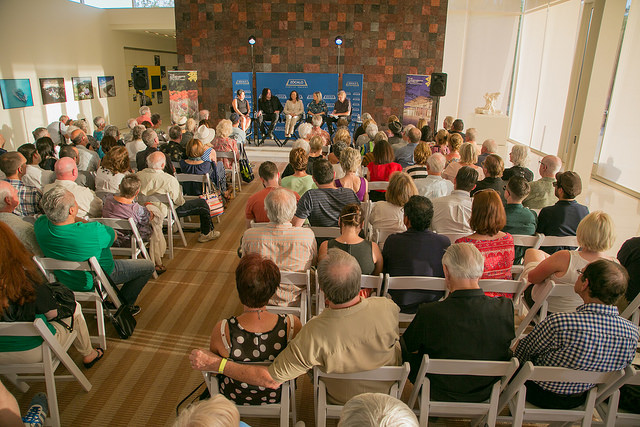 The full house crowd at Sunnylands 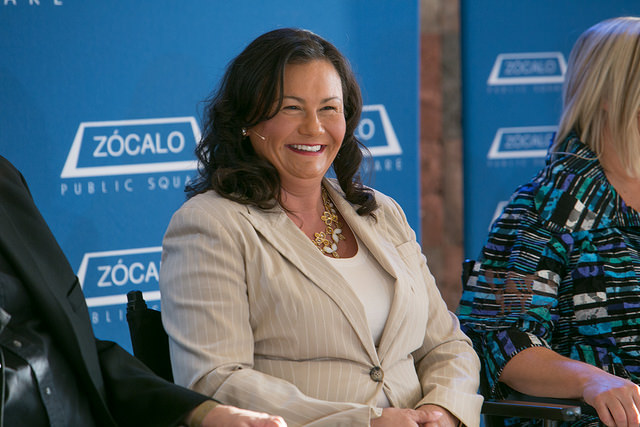 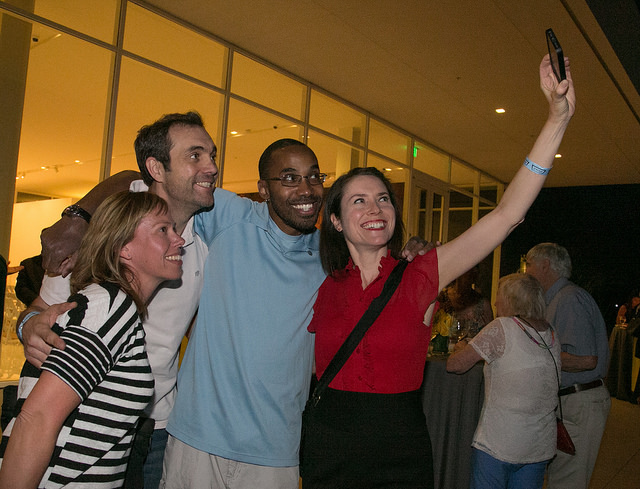 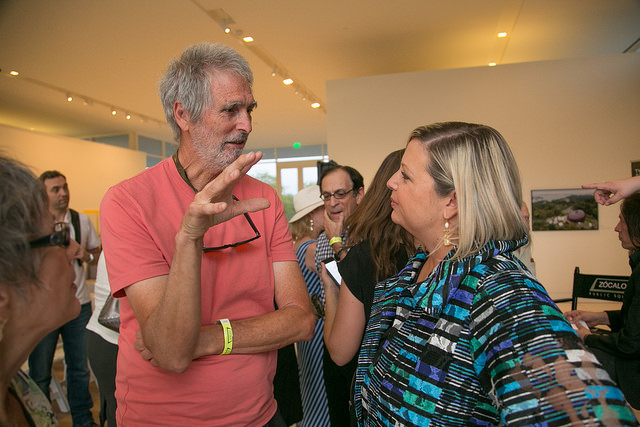 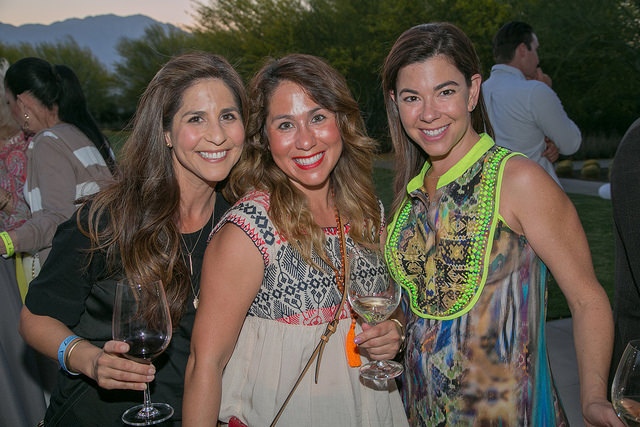