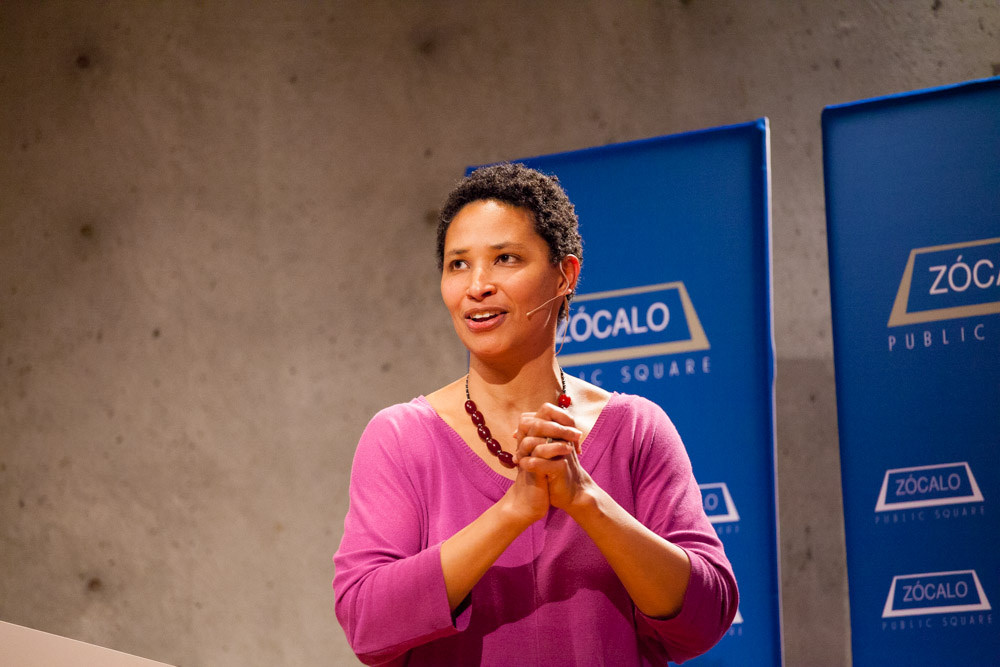 Ferguson, Missouri and policing problems. The rising income gap. Creating institutions to serve a future majority-minority country. Open a newspaper in America today, and a host of problems present themselves that are connected by one issue: equality.

“I think we have trouble grappling with each of these issues because our capacity to think about equality has gotten weaker in the last half century,” Danielle Allen, winner of the 2015 Zócalo Book Prize for Our Declaration: A Reading of the Declaration of Independence in Defense of Equality, told a crowd at MOCA Grand Avenue. After accepting the fifth annual Zócalo Book Prize for the year’s best nonfiction book on community and human connection, Allen, a political philosopher at the Institute for Advanced Study in Princeton, New Jersey, explained how the Declaration of Independence can help Americans relearn how to talk and think about equality.

Today, we tend to view the Declaration of Independence as being mostly about freedom. But Allen came to see it as a document about inequality while teaching night school classes to low-income adult students at the University of Chicago. Allen taught her students the Declaration because it was a foundational, important document, but short enough that everyone could read it. Delving into philosophy, history, and writing, Allen and her students read the Declaration very slowly, and came to the realization that it was not just a declaration of war but a “philosophically coherent” document that makes an argument we’ve lost sight of. Throughout its 1,337 words, the Declaration touches on equality five times, and makes clear that it is among the most important ideals on which a new nation would be built.

The Declaration’s “very robust picture of political equality” reflects the political actions that paved the way for its drafting. In the fall of 1775, said Allen, the Continental Congress advertised in colonial newspapers, asking people to write stories about what the British were doing. Colonial leaders took “an egalitarian approach” to deciding on a course of action: They held town hall meetings in farmers’ fields from New Hampshire to Georgia. There were no property qualifications to attend these meetings; every citizen was welcome.

What has happened since 1776, and why don’t we discuss the Founding Fathers’ commitment to equality today?

Up until the early 19th century, said Allen, people who cared about politics understood that “freedom and equality have to go together.” They understood, she said, that if some people are free but others aren’t, that’s not freedom. But the Industrial Revolution marked the beginning of a shift away from this view. Karl Marx seized on the extremes of wealth and poverty in this new, emerging society, and introduced socialism to the political conversation.

Marx did not separate equality and freedom, but his detractors did. An ideological divide opened. On one side were capitalism, “liberty, inequality, and survival of the fittest,” said Allen; on the other were communism, “not-liberty, equality, and survival of the unfittest.” This rhetoric of a conflict between equality and liberty was used to define the Cold War, and thus American 20th-century political life.

As a result, we have a wealth of clichés when it comes to freedom. Allen listed a few: “Isn’t this a free country?” “Man is born free, and everywhere he is in chains.” “Freedom’s just another word for nothing left to lose.”

What formulations, asked Allen, do we have that help us think about equality? They don’t come easily to mind. Instead, we’ve seen an “atrophying of our collective intellectual capacity to understand the ideal of equality,” she said.

In order to jump-start our ability to think about equality, Allen said we have to understand that equality isn’t just about civil rights and voting rights but also about education, the economy, and social equality. To make the idea of equality useful again, we need to understand it not in opposition to freedom. And we need to take new approaches to political economy as well. We need to ask ourselves, said Allen, what kind of economic policies support an engaged citizenry?

This is a significant undertaking, said Allen, because for 150 years, economists have taken a utilitarian approach: They are willing to sacrifice political equality to maximize income. Instead, she said, we need to figure out how to build a political economy that supports political equality, and convinces people of the value of equality in and of itself. How do we do this? It’s a question Allen asked audience members to continue to think about in order to tackle some of the most urgent questions about equality facing America today.

In the audience question-and-answer session, Allen was asked to address the people who were not viewed as equals in the revolutionary period—Native Americans, African-American slaves, and women. Did the Founding Fathers put forth a “more truncated” vision of equality in the Declaration of Independence than Allen seemed to acknowledge?

Allen said that it’s important to understand that “the Declaration is a polyphonic text” written by multiple voices. Thomas Jefferson, a slave owner, was a draftsperson for a committee led by John Adams, who never owned slaves and thought slavery was a bad thing. Allen said that the Declaration also helped start the movement toward abolition: Pennsylvania outlawed slavery in 1780. The Southern states also came to recognize that the Declaration of Independence was antithetical to their worldviews; they wrote a new version of the document in founding the Confederacy. She added that John and Abigail Adams disagreed about the place of women in the Declaration, and that Abigail predicted that women would continue to foment for voice and representation—which is exactly what came to pass. 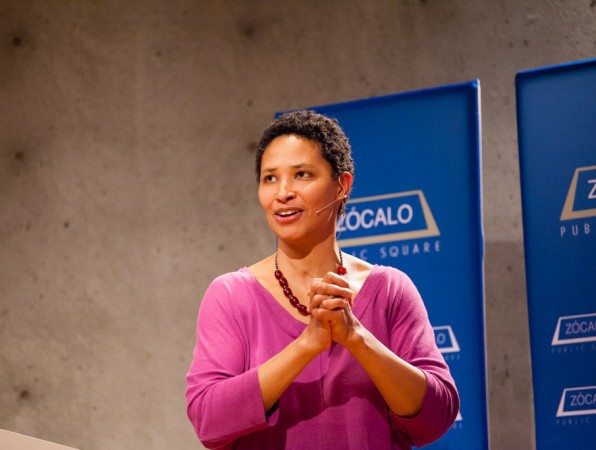 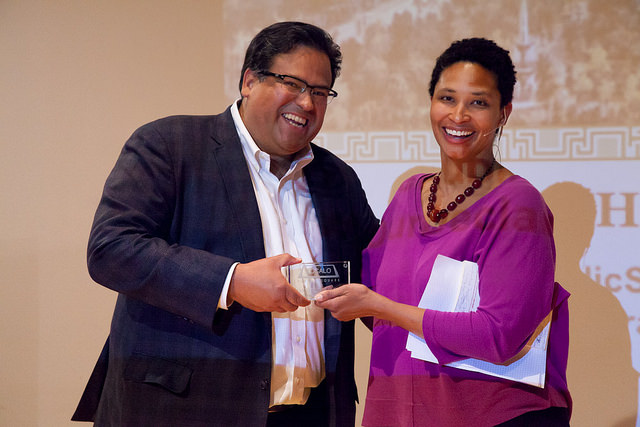 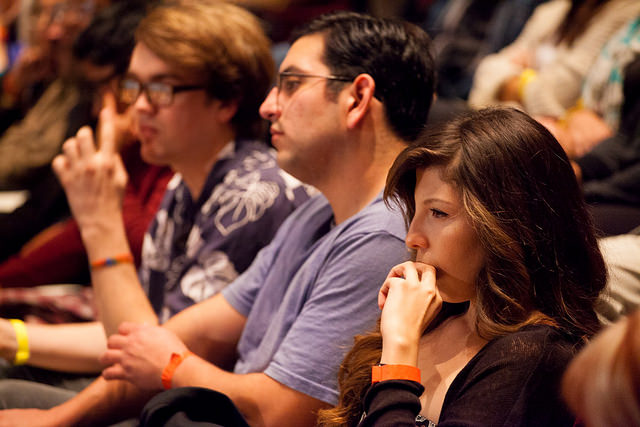 Guests at MOCA Grand Avenue, which has hosted the book prize lecture since its debut in 2011 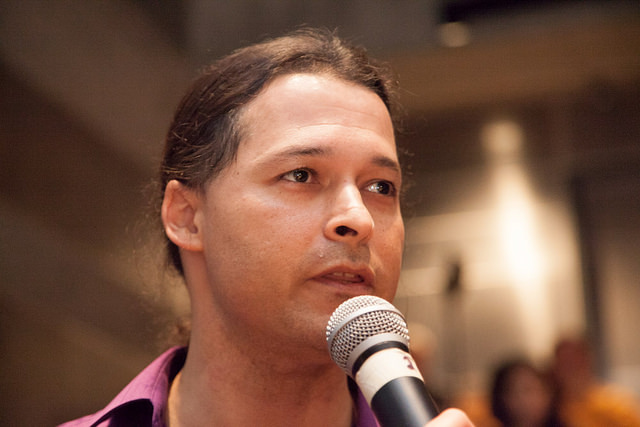 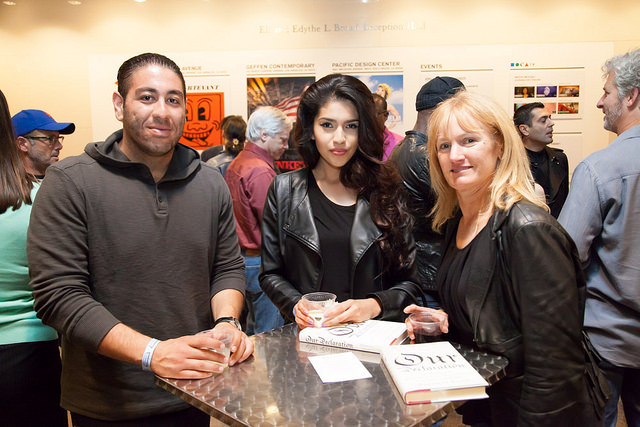 Enjoying the post-game reception with copies of Our Declaration 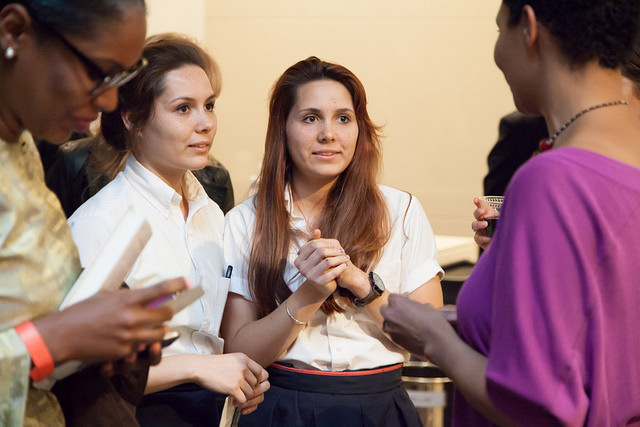 Allen talks with audience members after the lecture