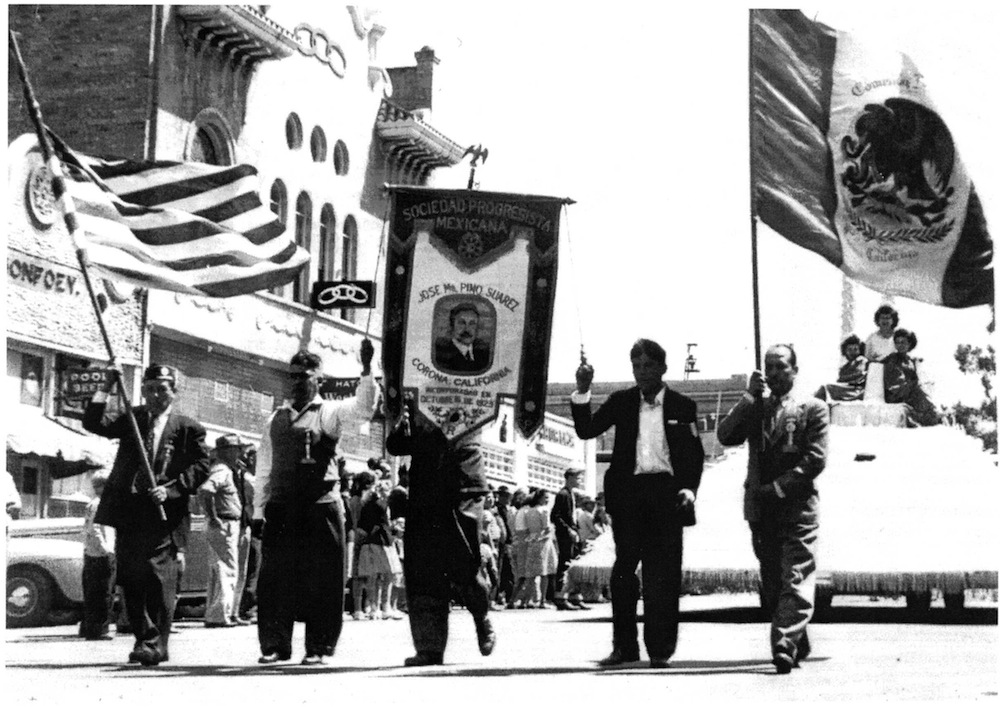 Don’t they all know that Mexican Independence Day is actually September 16?

Growing up in rural Zacatecas, Mexico, in the early 1970s, holidays and festivities were big community-building affairs. I attended fiestas with tamborazo-style band music, rodeos with churros showing off their roping and riding skills, and the religious procession honoring the town’s patron saint. What I remember most, though, was El Grito, the traditional cry of “Viva Mexico!” to commemorate Mexico’s independence from Spain on September 16. Like Christmas, the holiday is celebrated on the eve of the big day, and the day itself. But I have no memory of Cinco de Mayo, at least not before migrating to the United States.

It was in my elementary school’s bilingual education classroom in Ventura, California, that I first learned about the holiday, which had been incorporated into lesson plans and school assemblies on cultural diversity. In high schools at the time, Mexican-American students began organizing their own Cinco de Mayo celebrations to show off their cultural pride and make a public claim of belonging.

But what does Cinco de Mayo commemorate originally? It is indeed a holiday in Mexico, to be clear, but a lesser holiday not associated with any particular form of revelry. It is the anniversary of the famous battle of Puebla, in which Mexican liberal forces defeated an occupying French army and its Mexican conservative allies during one of Mexico’s serial 19th-century civil wars. By helping to impose an unemployed Hapsburg prince as Mexican emperor, the French were hoping to gain a new beachhead in the Americas while the U.S. was distracted with its own epic civil war.

There are a number of competing (but not mutually exclusive) theories as to why this, of all Mexican holidays, was the one to stand out on this side of the border, in the face of ostensibly stronger contenders. One theory is that it would have been awkward for Mexicans in the U.S. to be too eager to celebrate the official independence day of another country. The generations of Mexican immigrants who came to America weren’t necessarily on best terms with the authoritarian Mexican governments of yesteryear, and weren’t keen to celebrate as if they were those governments’ blind followers. Better to select a different one: Cinco de Mayo.

There is an additional, more prosaic, explanation for Cinco de Mayo’s stature on this side of the border—and that is the fact that it is a more convenient time for migrant farmworkers to celebrate, as was driven home to me when I did doctoral research on the holiday’s popularity—going strong since 1923—in Corona, California.

The Southern California town once known as the “Lemon Capital of the World” was one of the earliest to celebrate Cinco de Mayo in the U.S. Mexican workers made up the majority of the labor force working in the 2,000 acres of lemon groves, 11 packinghouses, and lemon processing plant in 1930s Corona. Lemons were grown in winter months but harvested in springtime, just in time for Cinco de Mayo. The timing of the lemon harvest made Cinco de Mayo a well timed holiday, when people would welcome a reason to rest and celebrate and have a little more disposable income than usual, not to mention ideal weather. When May 5 fell on a weekday, employers paid workers early, and students were dismissed from class early to attend the festivities. As early as 1939, the Los Angeles Times reported, “All work in the citrus industry was suspended for the Cinco de Mayo holiday and several thousand persons came to participate in the celebration.”

Corona is typical of other agricultural communities in California that rely on Mexican farm labor during harvest time, where Cinco de Mayo became an entrenched holiday both because of what it represented and when it fell on the calendar. For example, La Habra’s Spring Citrus Fair incorporates a full day of Cinco de Mayo activities, and thousands attend the Fallbrook Avocado festival during harvest season to sample delicious guacamole and attend Cinco de Mayo festivities.

Corona’s Cinco de Mayo celebration—which continues to this day—has long sought to keep its events local, intimate, and inclusive. The morning parade still features local heroes and role models as grand marshals—for instance, the mother of a World War II hero killed in action or a Latina superior court judge—rather than outside celebrities. The town limits sponsors to local businesses and nonprofit organizations, continuing the spirit of the late 1940s, when the holiday was used to raise money to finance the first youth community center that later became the Corona Boys and Girls Club, which provided recreation programs for kids and teenagers. Proceeds from the celebration provide college scholarships to local Latino high school students. The crowning of the Cinco de Mayo Queen is not simply a beauty contest, but a way to encourage young Latinas to gain public speaking skills, gain confidence, and take on a leadership role in their communities. When organizers had trouble raising funds during the recent recession, the city stepped in to make it an official civic event—fully incorporating the Mexican holiday into American public life.

There is no beer or alcohol sponsorship of Corona’s Cinco de Mayo, even though you can’t talk about the popularity of the holiday everywhere else without talking about the other Corona. The corporate marketplace started pushing Cinco de Mayo as a day-long happy hour when we’re all supposed to down cervezas and margaritas when it recognized the demographic growth of the Latino population in the 1980s. Corporations thought that advertising, sponsorship, and promotion of Cinco de Mayo events would enable them to tap into that young consumer market. Beer and alcohol companies led the charge by spending millions on marketing the holiday. Corona Extra (the beer—no relation to the town) alone spent $91 million in 2013, according to Kantar Media, advertising around the holiday in both Spanish and English, calling itself “the original party beer of Cinco de Mayo.”

I don’t think that means there were kegs on the battlefield in Puebla, but it’s an amusing image. So go have a drink on Cinco de Mayo. But when you do, take a moment to reflect on the evolution of this holiday that commemorates the Americanization of a Mexican diaspora eager to assert its own identity—and, increasingly, the Mexicanization of mainstream U.S. culture as well. ¡Salud!