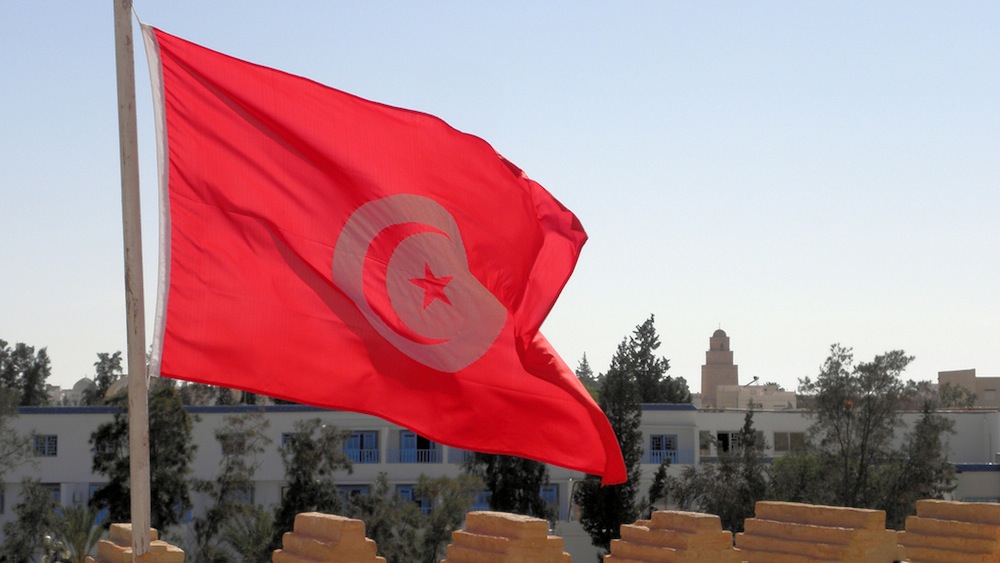 Living in an exceptional place is hard work. Especially when your place needs big changes.

Californians know this well. We feel such an obligation to live up to our reputation as “The Great Exception” among U.S. states, as the writer Carey McWilliams famously called us, that we routinely embrace novel schemes that other American places run from, like a $70 billion high-speed rail project.

People in Tunisia, where I spent last week, know the pressures of exceptionalism too. The North African country of 11 million is where the Arab Spring began four years ago with the toppling of a four-decade-old dictatorship, and it’s the only Arab Spring country that has made the transition to democracy. It’s also blessed with an economy that is open to the outside world, an army that doesn’t aspire to rule the country, a strong civil society, and a tradition of women’s equality.

I went to Tunisia for California reasons, and not just because both places have similar weather and grow a lot of olives and almonds. Writing about our state and how it has been shaped by direct democracy, too often for ill, made me curious how initiatives and referenda work elsewhere. In recent years, I’ve helped build a global network of journalists and scholars interested in how citizens engage directly in the lawmaking process in our respective societies. In the process, I’ve learned that California’s initiative process is a global outlier. Direct democracy is practiced in more than 100 countries, but none of them has initiatives so inflexible to later amendment and so dominated by money. My travel to other places practicing direct democracy usually gives me fresh ideas for how to improve our process.

Tunisia’s new democracy is the latest to leap into direct democracy, and the stakes couldn’t be higher, as the country builds a new democratic culture atop its authoritarian heritage (prior to its homegrown dictatorship, Tunisia was a French colony). Last year Tunisians ratified a new constitution, and elected a new national parliament and president. Picture America’s fledgling democracy circa 1790.

Now, Tunisia’s new constitution requires the establishment of a new system of regional and local government, since the overthrown dictator had centralized virtually all power in his office to make it much, much easier to steal. The constitution also establishes that direct democracy be part of the new set-up.

In all these ways, the Tunisian case is relevant to California. Our own governance has also been highly centralized. The culprits here have been not dictators but voters who for decades have passed ballot measures that, under various guises, take power away from local governments and give it to Sacramento.

I’ve written two books, and too many articles to count, making the case for reversing this centralization. My argument is that we need a total redesign of our state and local governance structure, one that includes remaking our initiative process so it can’t be so easily commandeered by a handful of powerful people.

So Tunisia appeared to offer a potential answer to a question I’ve often wished we could pose to ourselves in California: What would happen if a place had to design from scratch a whole new system of state and local government, one reliant on direct democracy?

The answer, as I learned over four days of an international direct democracy forum I helped organize at the University of Carthage, was sobering. Such a task is enormously difficult. And it’s even harder if—like Tunisians—you feel the weight of living up to your reputation as an exceptional place.

The Tunisians I met seemed almost paralyzed by the size of the opportunity, and the need to design something that won’t just work for their country, but could be a model for others. I was peppered with questions about other places (one Tunisian, who is involved in a participatory budgeting experiment in four cities here, asked me about Vallejo, Calif.’s experience with such budgeting).

At the same time, Tunisia’s processes will need to fit its own traditions and faith. In the most striking speech of the forum, the co-founder of the moderate Islamist party Ennahda, Rached Ghannouchi, made a powerful case that Islam is itself a form of direct democracy. He argued that the concept of shura, or consultation, mirrors direct democracy in that both require that people in power listen and learn, especially to those most affected, before making decisions.

Tunisians in the audience were split on whether this argument went too far. And, even then, the nature of direct democracy was not as divisive a question as how to build a new and decentralized governing system.

Our forum convened the first public debate on the subject, with eight participants, representing the government, the major political parties, and the powerful association of trade unions. The scene would have been familiar to Californians. Tunisians, like Californians, like to say that local governments need more power. But the details of how to do that cause endless debate.

Before the forum, some Tunisian officials had indicated they planned to hold the first municipal elections later this year and complete the decentralization process in a matter of months. But the government official who has been organizing the effort predicted decentralization would take a decade, and perhaps longer before any new local government structure had “balance” and “stability.”

Other debaters pointed out all the things to think about. How would you provide services? What kind of financial controls would be placed on new cities that were suddenly dealing with lots of money? And yes, how could such a process prevent major fights over taxes? One member of the audience shouted the timeless municipal question: Who will pick up the trash?

In the face of such a big task, delay began to look attractive. The debater from the social democratic party Ettakatol said the country needed a “road map” for the process—a plan for how to put together the plan.

The debate was supposed to last an hour, but the participants kept talking, with the kind of dogmatic passion you only get in California at Santa Monica City Council meetings. At 90 minutes, the translators, exhausted, quit, but the debate continued on. At the two-hour mark, international audience members left, since we couldn’t understand the Arabic. The debate continued.

Tunisians have done so much hard work—toppling a dictatorship, adopting a new constitution, electing a new government—but building state and local governments democratically may be harder than all of those things combined. The next morning, still thinking about the debate, I took a short ride to the Mediterranean, dipped my toes in the water, and felt overwhelmed by the vastness of the sea.