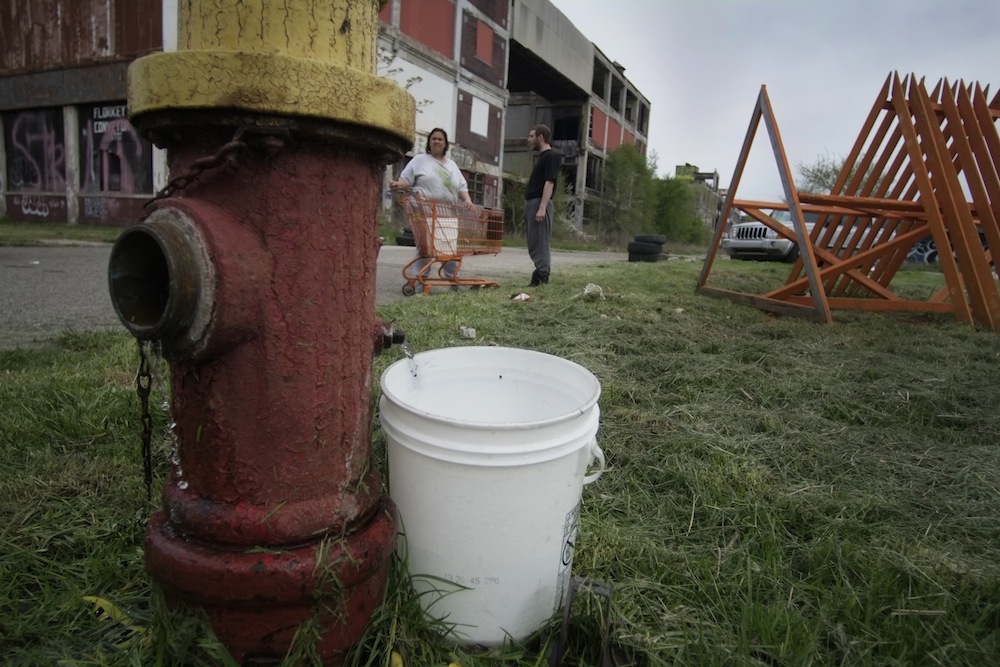 Janet Bunting thought she had caught a lucky break.

In 2010, Detroit was reeling from the recession and foreclosure signs were shooting up like skyrockets at the city’s riverfront July 4 fireworks show. For $2,000, Bunting, who works as a nanny, bought herself a house in the tree-lined Morningside neighborhood on Detroit’s east side, a short jaunt from the glistening Detroit River.

She was pleased to get a five-bedroom, two-story dwelling with white siding and brick on Haverhill Street at such a great bargain, and set about restoring it. As she was still working on fixing holes in parts of the ceiling and the chipped concrete stair on the front porch, she felt the pinch of the recession and ever-increasing costs of living. She started paying only portions of her water and sewer bill until she fell several hundred dollars behind on the utility expense.

Then, as often happens in Detroit, what seemed like a golden opportunity turned to fool’s gold.

“They came about November last year and cut off everybody’s water,” she said.

Bunting is exaggerating a bit when she said everybody’s water was cut off, but the shut-offs by the Detroit Water and Sewage Department have been widespread. 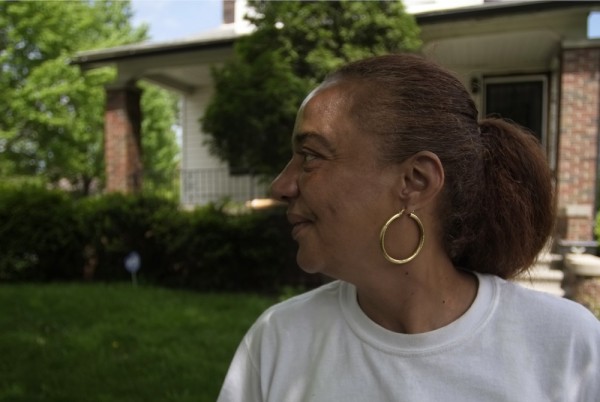 Janet Bunting stands outside her home on Haverhill Street

In Detroit, one of the biggest cities in America—and my hometown—tens of thousands of customers’ taps stopped running last year. The city, which is trying to recover from the largest municipal bankruptcy in U.S. history, said it had to turn the water off because of a massive number of delinquent bills. Those who use water, the city said, must shoulder the costs of running the system, including the fees water wholesalers charge. In response, residents have protested—whatever the reason for the unconscionable rates, they are just too much for people here.

While the water department turned back on some taps—including Bunting’s when she was able to pay half her bill—the water situation in Detroit has become a dangerous whirlpool from which few can escape. Many residents have signed up for the water department’s payment plans only to fall behind again in payments shortly thereafter.

Today, if your own water hasn’t been shut off, it’s a good bet that you know someone who has had the tap go dry. When a photographer and I drove around town the other week, it was littered with homes that have that telltale blue paint on them, the water department’s official marking that the water has been cut. An international conference is convening in Detroit later this week to find ways to improve access to water and affordable housing here and elsewhere.

When I was a kid growing up in Detroit in the 1970s, we took water, and other things for granted. A thriving middle class had expanded with a robust auto industry, and inner-city youth like myself became first-generation college grads. Well-paying jobs promised sustainable pensions and inner-city folks moved from neighborhoods dilapidated during the race riots of the 1960s into neighborhoods that were previously predominantly white. (Many whites fled to the suburbs.) Infrastructure was maintained, and bills got paid.

My parents bought their first house near Fenkell and Greenfield on the west side shortly after I was born. Six years later, they found an even safer neighborhood, Grandmont, on the northwest side with well-manicured lawns, stable or striving families, and low crime rates. On stifling hot days of summer, a neighbor might turn on her lawn sprinkler for kids on the block to run through; a couple times, city firefighters would “pop” the fire hydrant for everyone to splash through. We had water-balloon fights and people washing cars in their driveways.

We used to brag about the water in Detroit. We would visit the Great Lakes on short trips outside of the city or enjoy views of the Detroit River right from downtown. And when you turned on the tap, Detroit gave you some of the cleanest, best-tasting water around.

That’s not going to happen any more: water costs too damned much.

Bunting said her service was discontinued because she had accrued a nearly $1,200 water and sewage bill. The monthly statement always seemed to be a bit more than she could afford to pay so she would pay a portion of it, hoping to at least keep the water on. That worked for a time.

She later learned that the bill was so high in part because her toilet was broken. She thought the constant sound of running water in the toilet tank was normal, and those pennies lost multiplied. When she had no water for about two months, she carried buckets from a neighbor’s home and used someone else’s shower each morning to get cleaned up for work.

Bunting entered into a payment plan with the DWSD –the department decided to try to capture portions of what was owed, while turning residents’ water back on– but she hasn’t been able to catch up. “The bill is still about $1,100,” she told me a week ago, “because you still have the current charges [adding up].” She’s hoping the repairs she had scheduled for the toilet will make a difference but she remains concerned about her four dogs lapping up so much water.

The question from Detroiters, like Rev. Charles Williams II, pastor at King Solomon Baptist Church, which has been struggling with high sewage fees, is: Why can’t the department charge people and institutions for water at a rate commensurate to their incomes? The question hasn’t received much of an answer from the city. So people in Detroit scramble to make do.

Gloria Irizarry and her fiancé Aaron Barkley had been homeless before finding an empty house. They moved in before speaking to the owners, who later allowed them to stay and left on the gas for their use. But they don’t have money for water—disabilities prevent them from working 40-hour weeks. So each day Barkley takes two five-gallon buckets down the street to a leaky fire hydrant, fills them, and brings them back to the house. 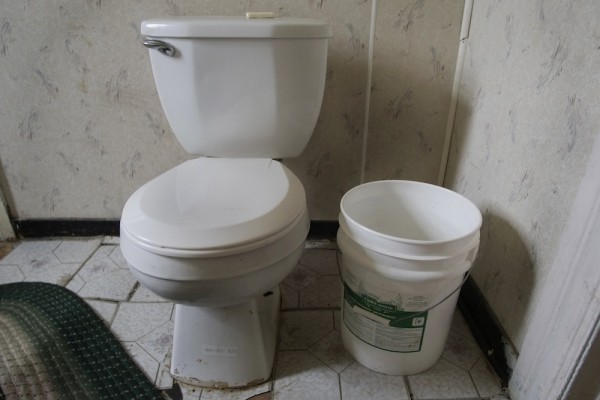 The toilet in Aaron Barkley and Gloria Irizarry’s home and the bucket of water that is used to flush.

They boil the water for cooking, bathe in it, and drink it, flavored with a little juice from juice boxes. The limited water supply aggravates Barkley’s diabetes. “I’m never going to take water for granted again,” Irizarry said, noting that in Florida, the vacant houses all had water. “We have a roof over our heads but water is a necessity.”

That’s the point attorneys have made in a class-action suit against the water department on behalf of residents who had water shut off. Lack of water can lead to all sorts of problems – especially disease in homes, which might spread to schools. And if those children go to school, will they be teased and humiliated by classmates for smelling less than fresh, or just not having water in their homes?

“Part of this process by the city of Detroit is victimizing the victims,” said Alice Jennings, an attorney who filed the class action. “They say, ‘They don’t want to pay.’ The fact is they can’t pay.”

The city recently put signs on doorknobs, warning residents of a new round of shut-offs if they are $150 or more past due and don’t get into a payment plan.

A DWSD spokesman, reached via email, said the department is trying to work with residents who have financial issues and urged them to “call us immediately and work out a payment arrangement.” But when I asked for details about the department’s finances and how the leadership would feel if their water was taken from them, he didn’t answer. The tap of explanations for the Detroit water shut-offs has also run dry.