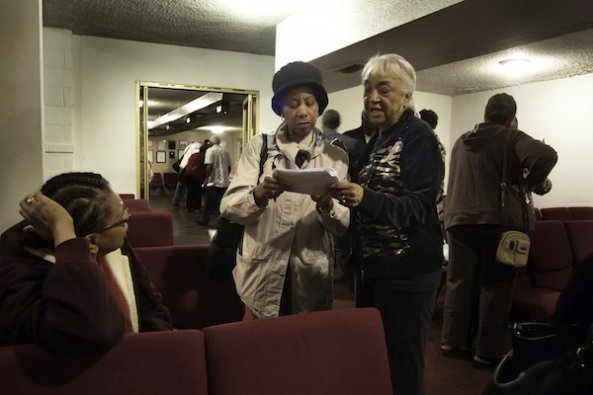 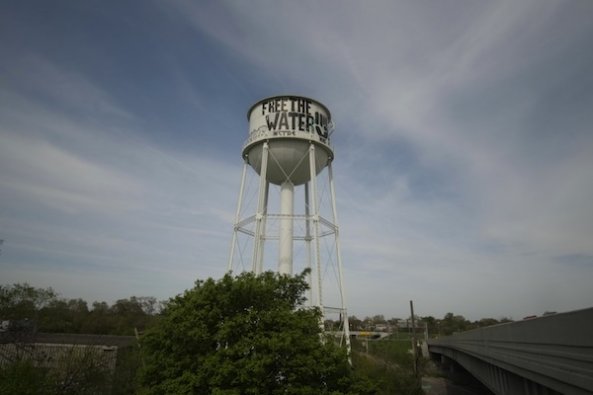 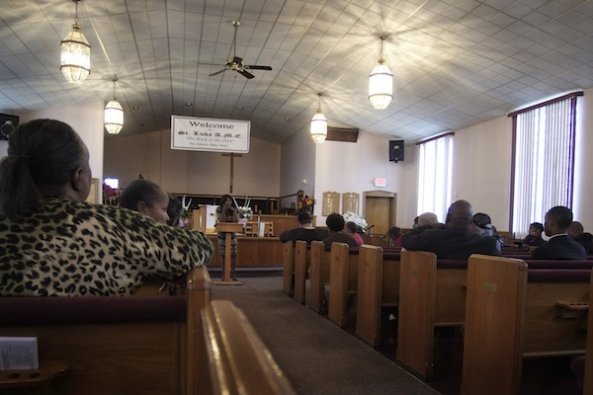 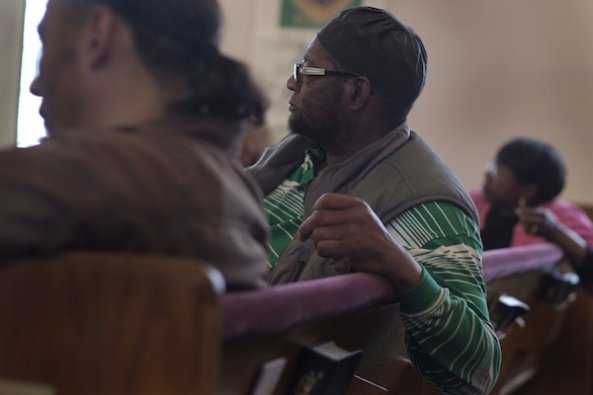 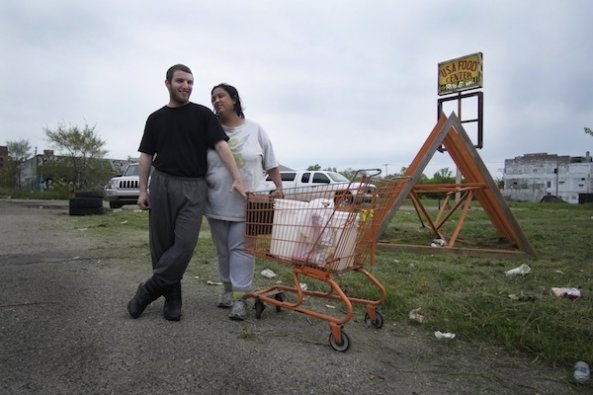 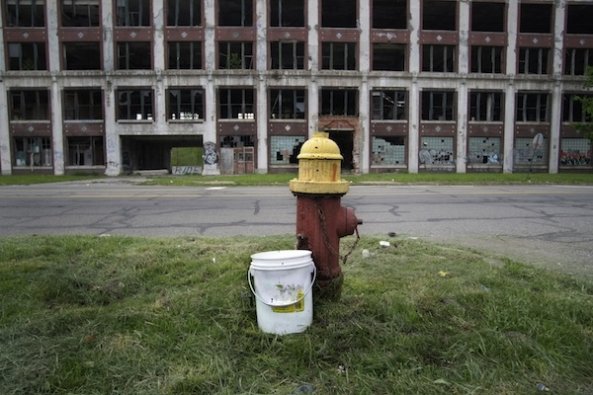 A hydrant on East Grand Boulevard leaks water into a bucket placed underneath by neighborhood residents without running water. Detroit, MI, May 14, 2015 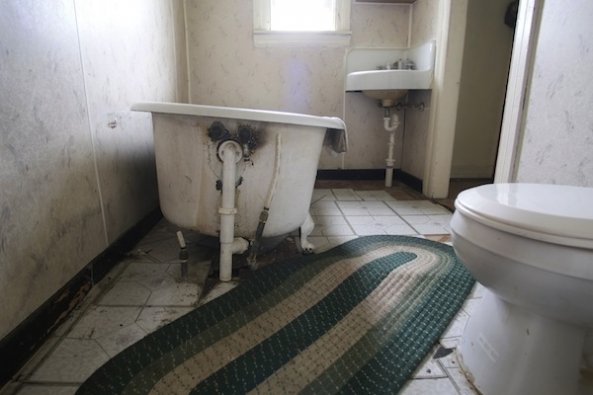 The bathtub in Aaron Barkley and Gloria Irizarry\'s home, which isn\'t connected to the home\'s water pipes 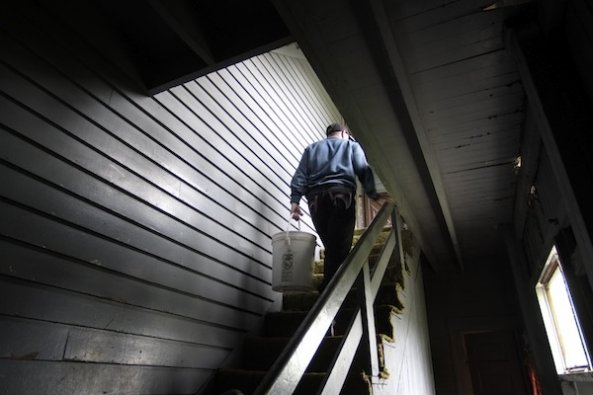 Aaron Barkley, carrying water up the stairs in his home 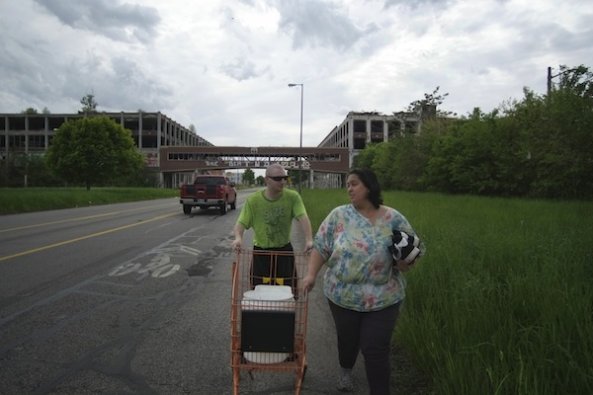 Aaron Barkley and Gloria Irizarry, carting water home, with the old Packard Automotive Plant behind them

Last spring, the city of Detroit’s Department of Water and Sewerage announced a massive effort to shut off water to residents and businesses that were more than 60 days delinquent on their accounts. The department was coping with staggering debt and decided that if it couldn’t gather the revenue, it wasn’t going to provide service. By the fall, the taps of tens of thousands of residents ran dry. Two investigators dispatched by the U.N. visited the city in October and declared the situation “contrary to human rights.”

Before that international condemnation, the city had backed off a little —the Department of Water and Sewage put a moratorium on the shut-offs over the summer to allow more customers to catch up on their bills and offered a payment plan to those who couldn’t pay the full amount. But that hasn’t resolved the fundamental problem: even as it emerges from bankruptcy, Detroit remains a struggling city full of economically struggling people. A new round of water shut-offs is scheduled to begin on May 26, with more than 20,000 people potentially affected.

What does it mean to live without water? Over the last two weeks, Detroit-based photographer Karah Shaffer set out to document how locals are dealing with the shut-offs. She attended church meetings where people discussed their fear of being unable to keep the faucets and toilets flowing. She heard about people bringing buckets to their neighbors’ or relatives’ houses to tide them over until a payment plan could be worked out.

Gloria Irizarry and Aaron Barkley have been living without water (or electricity, for that matter) in a house just a few miles from Detroit’s downtown. Shaffer met them in front of the old Packard Automotive Plant, which once churned out luxury cars and is now infamous for being one of the largest abandoned buildings in Detroit. Armed with buckets, Irizarry and Barkley were just across the street from the plant, collecting the water that ran out of a broken water hydrant (one of hundreds around the city). They agreed to let Shaffer follow them to their home to see how they managed with so little water.

The images by Shaffer show a city twitching with discomfort and uncertainty. And desperate to wake up from the nightmare to a long, hot shower.