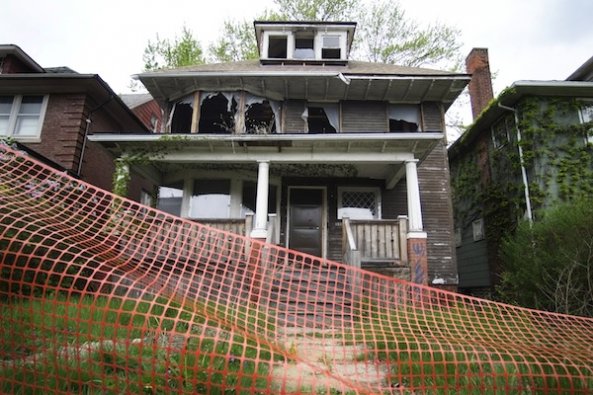 A vacant home without running water on Seyburn Street. 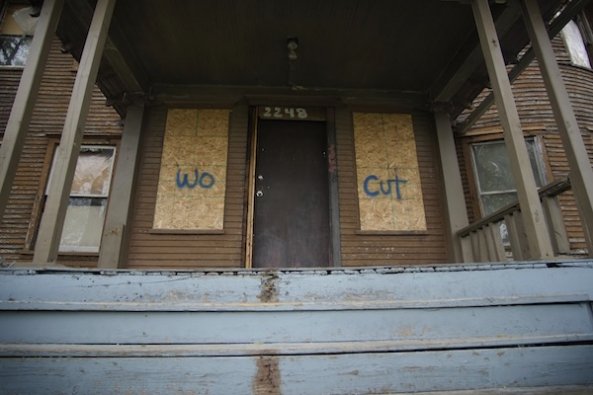 A vacant home on Cadillac Boulevard without running water. 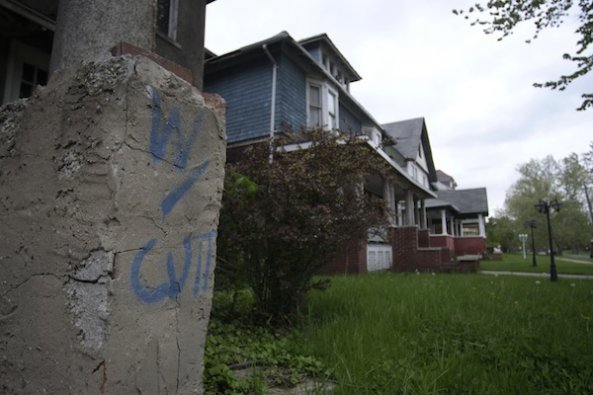 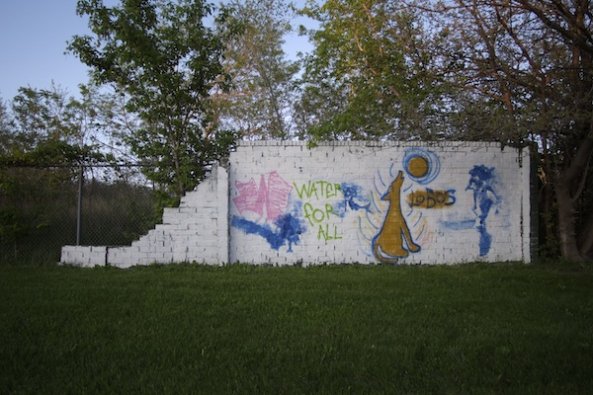 Graffiti on a crumbling wall on 16th Street reads \'WATER FOR ALL\'. 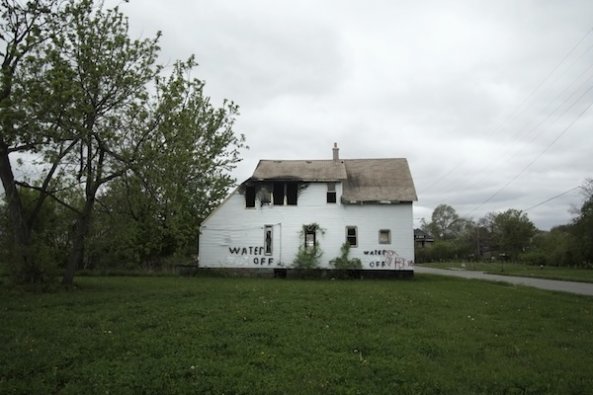 A vacant home on Goethe Street, with \'Water Off!\' spraypainted multiple times across the siding. 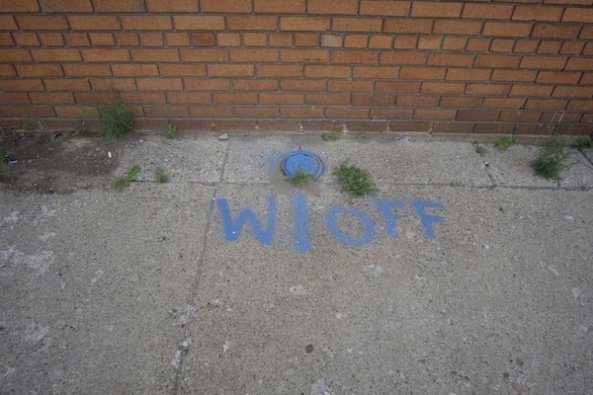 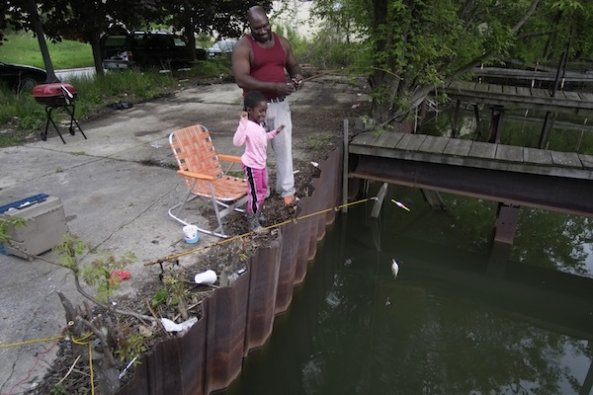 Kevin Hatchett and his daughter London reel in a fish. 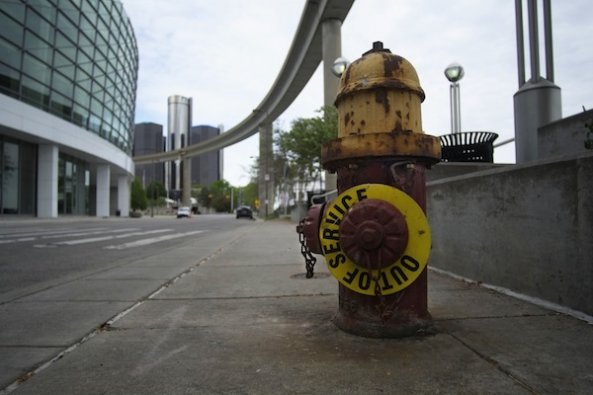 An out-of-service fire hydrant, seen in front of gleaming landmarks of downtown Detroit 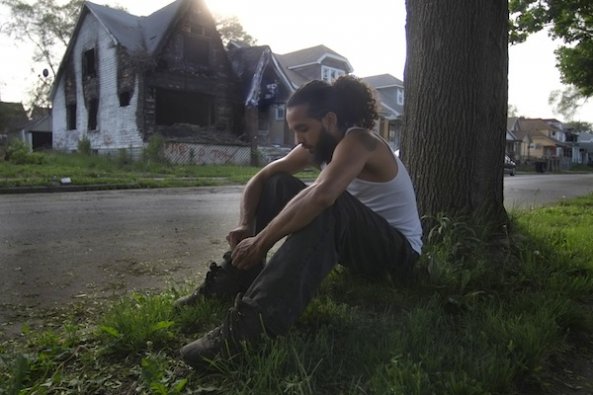 Antonio Cosme, one of the Detroit residents fighting to preserve affordable access to water

All over Detroit, Karah Shaffer has taken photos of houses with the phrases “w/o,” “w/cut,” and “w/off,” indicating in telltale blue spray paint that water had been cut off. These houses aren’t hard to find; they’re on the east side, on the west side, on blocks with well-kept mansions, and on blocks where nearly every house appears to be in foreclosure. These houses with the blue paint are overt reminders of what Detroiters have known for a while: the very basics of modern life can’t be taken for granted in the Motor City.

Like many American cities, Detroit struggled through the Great Recession. By late 2011, one in four habitable houses was in foreclosure. As the city’s residents struggled with rising bills, Detroit’s Water and Sewerage Department struggled with debts of its own. Two years ago, the department started turning off the taps of residents who were delinquent on their bills, including a massive wave of shut-offs about a year ago. The department explained that they were trying to address the “behavioral problem among those who can pay, but are choosing not to.” They began marking homes where the water had been shut off.

Shaffer says most of the houses she saw with blue spray paint were abandoned when she came upon them. The homeowners could very well have walked away because they couldn’t keep up with a range of costs—not just the rising water and sewage rates.

In some cases, landlords neglected to keep the bills current and residents left after water and other services were cut. Sometimes the residents who are still living inside the homes couldn’t afford to pay. There are many reasons in this city why residents struggle with the bills—Detroit’s unemployment rate is higher than the national average and its median income is around a very modest $26,000.

The blue spray-painted houses have become an embarrassment—both for the people who live in the houses and the neighbors. It’s as if they represent a collective defeat. Many people associated with these buildings didn’t want to be photographed because of the stigma.

The impact of the water shut-offs has turned many Detroiters into their own brand of FEMA in the absence of any substantive federal intervention in the water crisis. Kevin Hatchett, for instance, has been one of many members of his family who have brought bottles and pails of water to his grandmother when her water was shut off.

But people like Antonio Cosme, who is a member of the People’s Water Board, an organization that is protesting the shut-offs and trying to get the taps turned back on, says residents can’t be the only ones helping each other get out of this mess. The city needs to do more to help its hurting residents, as well.

“No one wants water to be free,” he told Dalondo Moultrie, who wrote about the water crisis for Zócalo. “What we’re asking is that it be affordable.”