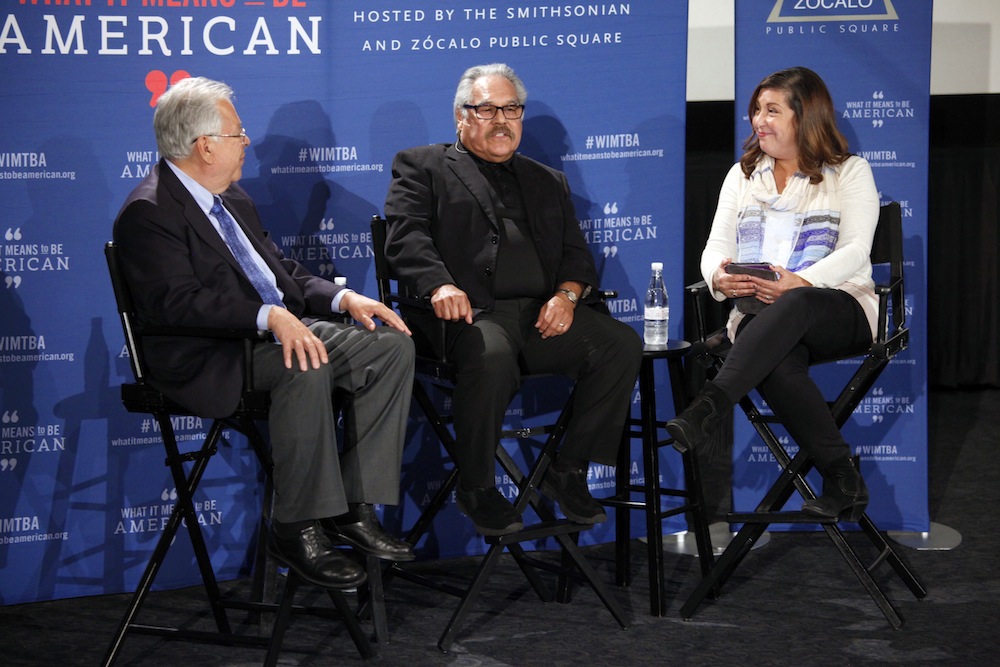 These are some of the questions writer and director Luis Valdez, producer Moctesuma Esparza, and film critic Claudia Puig took on at a “What It Means to Be American” event in Los Angeles.

In front of a crowded theater at the ArcLight Hollywood, Puig asked the pair how they felt about how much progress has been made in terms of the presence of Mexican-Americans and other Latino actors on-screen in sophisticated roles.

If you look back 60 or 70 years, there was a wonderful period in which Cesar Romero, Anthony Quinn, Gilbert Roland, Rita Hayworth, and many others were stars, said Esparza, who has produced dozens of films, including Selena. “They could headline movies and they were heroic, and they were attractive, and you could look at them and say, ‘God, I want to be them,’” he said. “I’d have to say we haven’t caught up to 60 years ago.”

Valdez, the writer and director of the movies La Bamba and Zoot Suit, agreed that the 1940s were a special time because the U.S. was dealing with World War II and the country couldn’t antagonize Mexico, for fear it might join the Axis. “One of the ways you do this—consciously or unconsciously—was to let these faces emerge.”

He also pointed out that the 1920s were a particularly good time for Latinos in film—Ramón Navarro came to be celebrated as a “Latin lover.” “Hispanic romantic types … were considered exotic, but not a threat,” Valdez said. “Today, Latinos are a threat to some people because of sheer numbers.“

But to Esparza, the sheer numbers of Latinos present an opportunity.

Latinos make up 17 percent of the population, and 35 percent of opening box office tickets across U.S., Esparza said. For movies like The Fast and Furious, Latinos may make up even 40 to 50 percent of the audience. “There’s a lot of money to be made when you reflect the audience,” he said.

And studio heads, Esparza and Valdez agreed, are not getting that.

“You never know in a Chicano family what color their kids are going to come out,” Valdez said to some laughter. “That’s reality.”

When Puig asked the two filmmakers to talk about some of the travails they’ve faced in the movie industry, Esparza was quick to say he wasn’t complaining—he got to produce 40 feature films.

“It couldn’t have been easy,” Puig said.

“What’s worth doing that isn’t challenging?” Esparza said. “The bigger question is why aren’t there another hundred producers that are Chicanos who have similar careers to mine?”

Valdez said that he has been trying to prove for years that Latino filmmakers can create art along a continuum that includes doing plays off a flatbed truck with farm workers in Cesar Chavez’s movement—which he joined in the 1960s—and box office successes that have Latino themes.

“You have to cook it very carefully,” he cautioned. “You gotta be creative, also. You have to be a storyteller. … Not just the color of the skin, but what are you saying about human beings? What’s the story?”

That prompted Puig to ask about what was so appealing about Selena and La Bamba. These were “specific Mexican-American stories, but they’re also speaking to a larger understanding, to the masses. What is about those specific stories—besides the fact that they’re about famous people—that connected so well?”

“The dream of reaching your moment in life where you fulfill what you wanted to do is exemplified by both of them,” Esparza said. “That’s a common feeling we all have.”

Both Ritchie Valens and Selena’s lives told an “archetypical story of seeking and then being thwarted that we can all identify with.”

Valdez, who is also a playwright, said there’s more social consciousness in theater than in movies. He praised the new Broadway musical Hamilton. “Here’s a Puerto Rican-American portraying Alexander Hamilton in a hip-hop drama,” Valdez said. “Thomas Jefferson was being played by an African-American. The Founding Fathers were played by actors of color. … I’m telling you, it’s a new day in American theater..”

He wishes Hollywood would pay attention. “Let’s get on to something new,” he said.

Esparza praised the New Zealand-born Niki Caro for making McFarland, USA, which told the story of a cross-country team from a predominantly Mexican American high school in California’s San Joaquin Valley. “She did a wonderful job—she should be lauded,” Esparza said. But he added, “There is a challenge here. She mentioned at couple of screenings that she didn’t understand why the movie hadn’t been made before. Well it had gone on and been optioned by several other Latinos, but Hollywood didn’t say yes to them.”

It was only when a studio liked the story, the filmmaker, and the story’s appeal to families that they decided to go forward, he said.

“Now that they’ve made money with that, hopefully they’ll make more,” he said.

In the question and answer session, one young Latino filmmaker said that he was disappointed that the strongest critics of one of his movies were Latinos themselves—they thought that he was playing into stereotypes. But, he said, the story he was telling was what he grew up with. 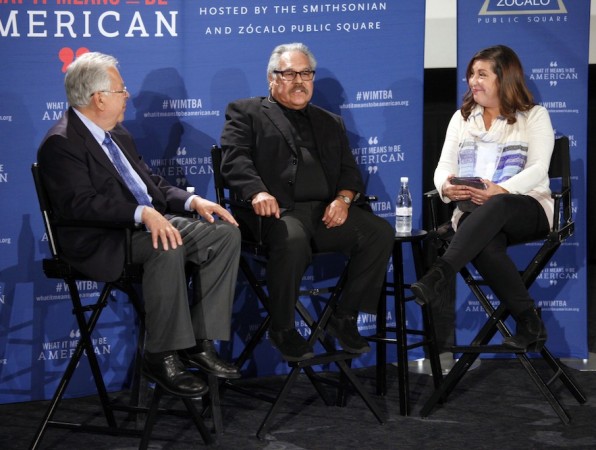 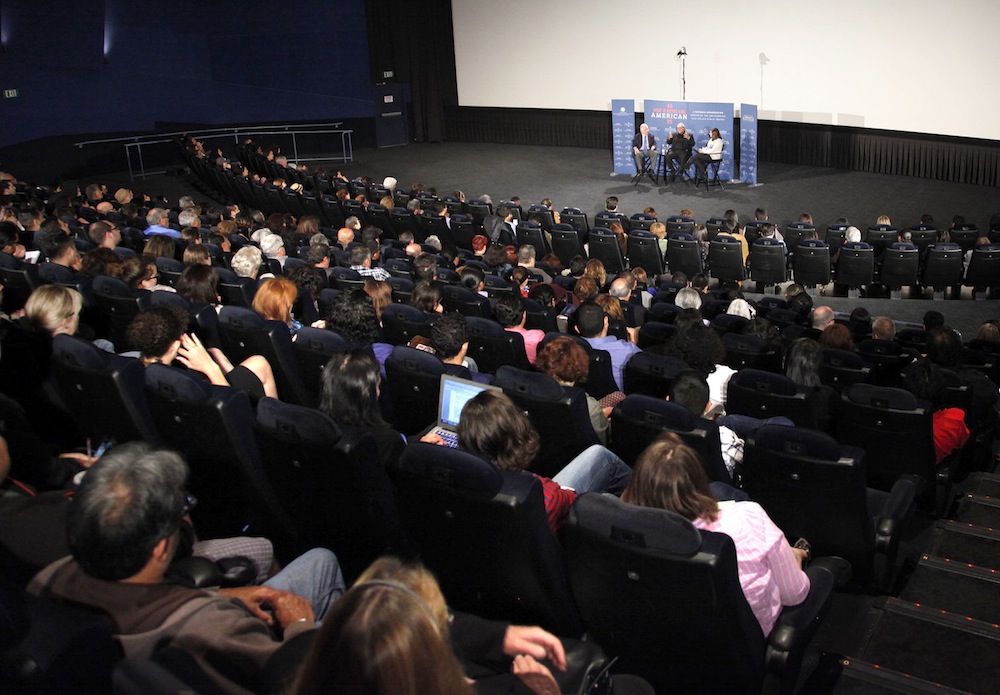 Great crowd at the ArcLight Hollywood 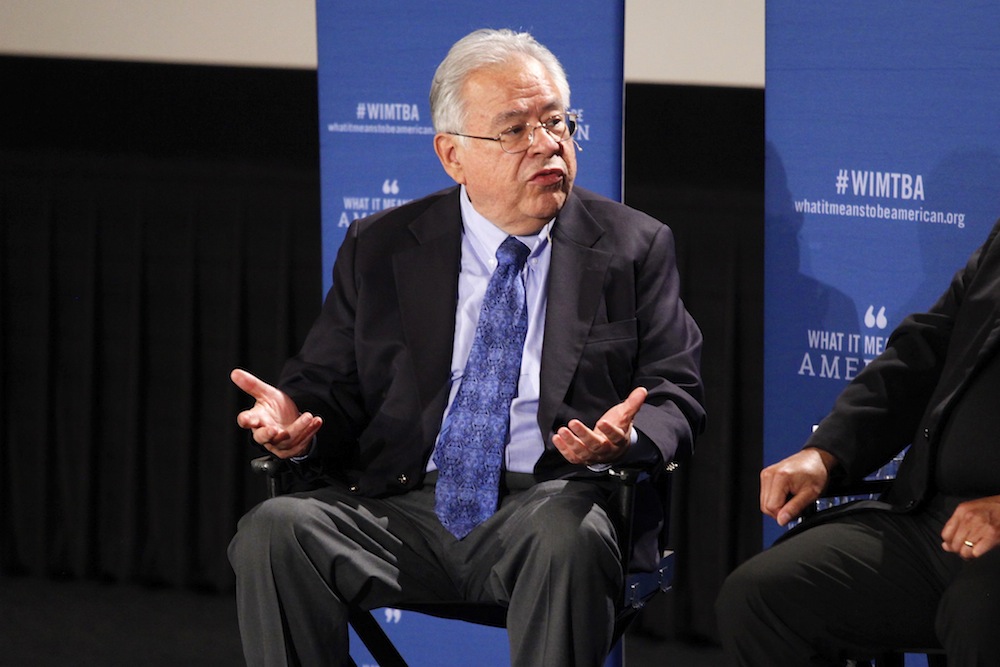 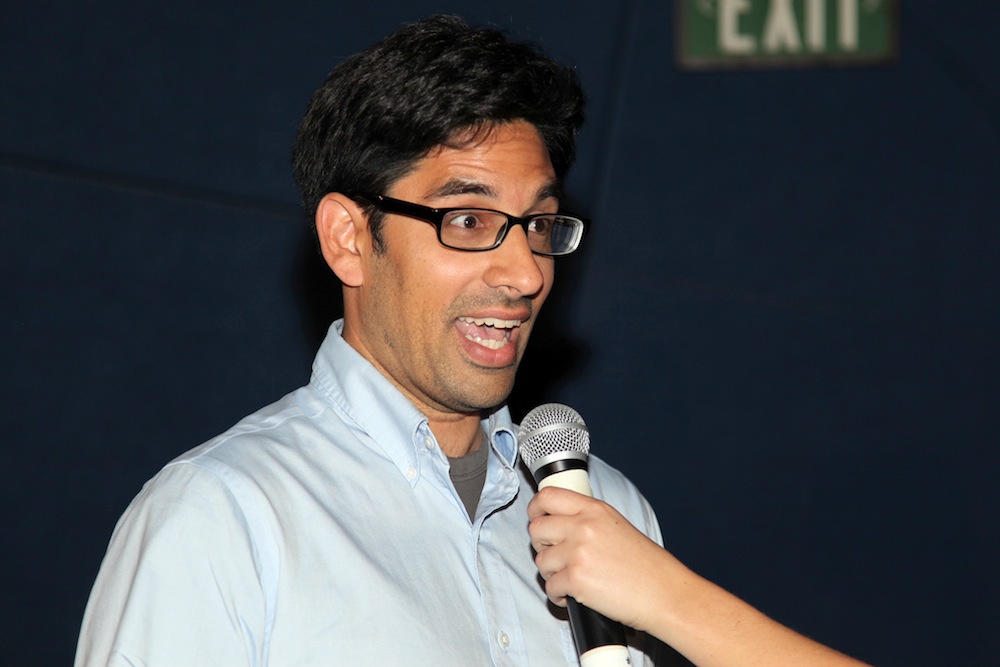 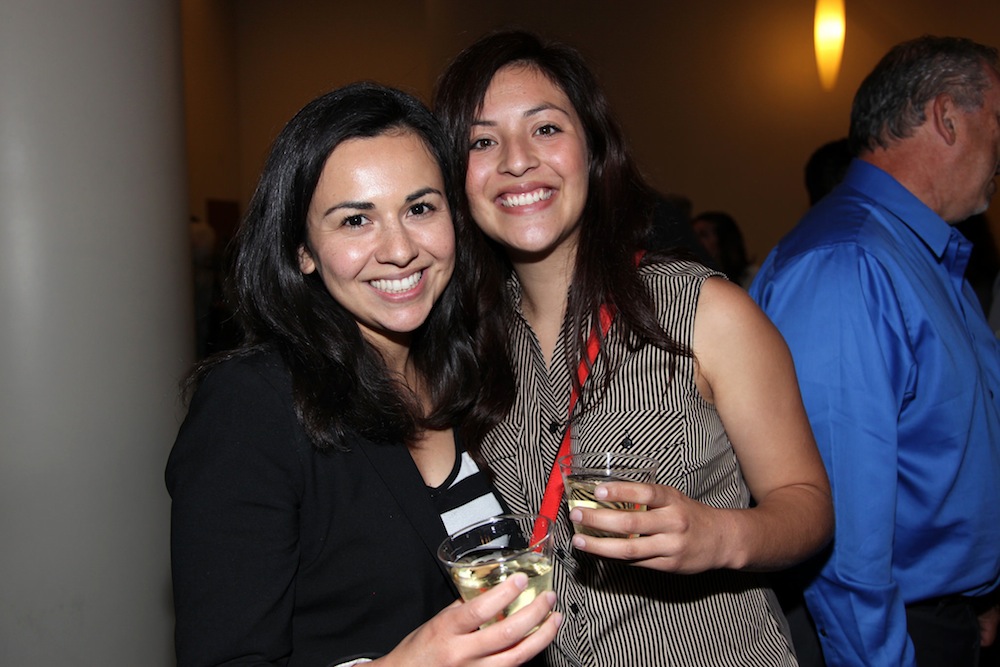 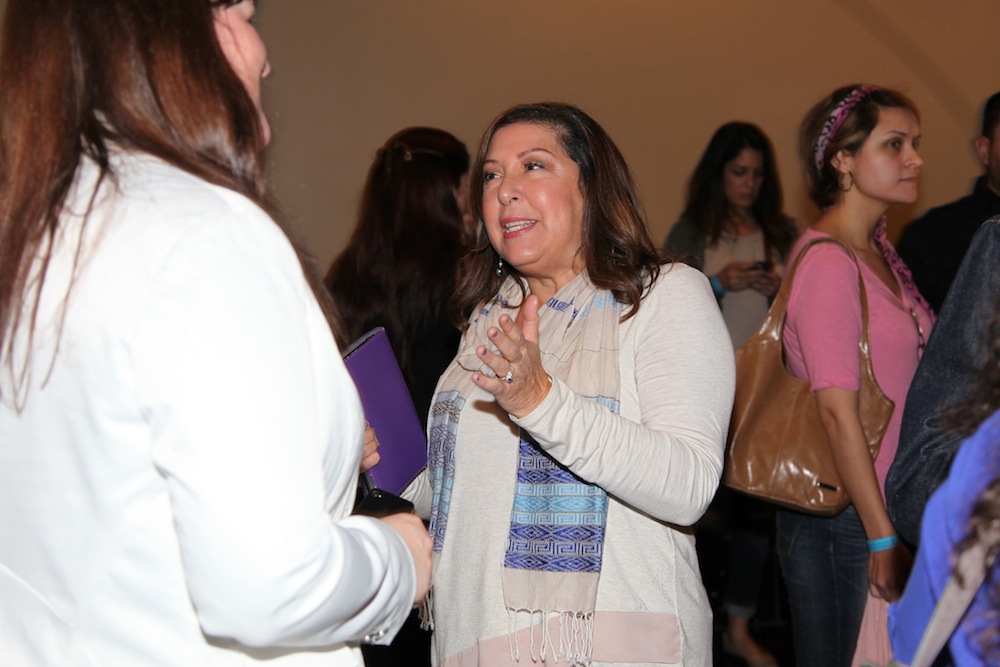 Film critic Claudia Puig speaks with guests at the reception