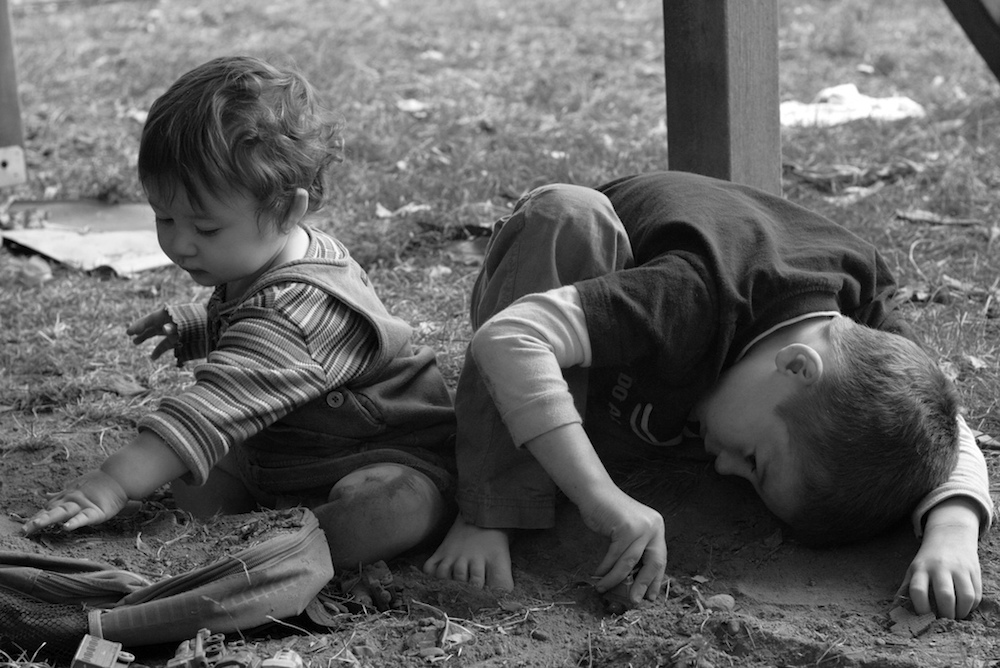 Kids today have it all, it seems, except time to be themselves. Their lives are so intensely choreographed from one activity to the next, and their scarce downtime so consumed by all their different-sized screens. It’s no wonder they no longer get a chance to master one art kids used to excel at: using their imagination to turn free time into an adventure.

America was still mired in the Depression when my family moved into the south Los Angeles neighborhood of 61st Street, just east of Main Street, which was characterized by peaceful stillness, interrupted in the afternoons and on weekends by the shouts of children at play. My brother Raul and I were 5 and 7 when we moved into that house, oblivious to the difficulties facing the nation.

On the contrary, we felt blessed by the abundant opportunities to explore nature in our new home, even as it stood in the middle of the big city. A bedraggled yucca plant stood in the middle of our front yard besieged by crabgrass. Even there we found things to study up close and wonder at—the grasshoppers that hopped in during the summer months and the bright yellow dandelions that grew there in profusion. When the dents-des-lions went to seed they became translucent globes that we held up and blew at to watch their tiny filaments fly off into the air and disappear.

Our summers provided endless opportunities for exploration, as well as a challenge for us to entertain ourselves on days that languidly stretched themselves ever longer. In the backyard, we observed an enormous web that connected bush with bush. When an insect flew into the web, we watched wide-eyed as a big spider raced to deliver the coup de grace to a struggling but doomed captive. And then wrap it, weaving the silk with its legs into a gray shroud that would hang on the web to await future consumption. We discovered the daddy long-legs with its long, spindly extremities. In dark, out-of-the- way places like garages, we sought out the ominous black widow and strained to see the red hourglass that marked its underside. That activity we knew was fraught with danger. Mother had warned us about black widows.

Once in a great while we saw turtles—or maybe they were tortoises—that we suspected were brought in from the desert and had wandered away from their keepers’ homes. We fed them lettuce leaves and looked on as they munched on them. The rule that we should not watch as people ate did not apply to turtles. On the hottest nights of the summer, crickets loudly proclaimed their presence. Many were the times, especially when intense summer heat made staying indoors intolerable, when we played outside until well into the night, our child sounds competing with the chirping of the crickets.

Nights in Los Angeles were very dark then and the stars shone brightly. The sight of shooting stars was not uncommon in the era before we became a megalopolis. Occasionally, the darkness was pierced by enormous shafts of light that moved dramatically across the sky, from searchlights placed in front of a market or a carpet store announcing a grand opening. Or a movie premiere.

When the war came, I was in fifth grade. The nights became even darker, as blackouts were ordered to hide us from marauding Japanese planes. Several times we heard the nighttime wailing of sirens that announced a practice air raid drill and alerted residents to prepare their windows with blackout curtains. Helmeted air raid wardens in armbands patrolled the streets. When they spotted any light in a house, a warden would knock heavily on the front door and bellow out an order that it should be covered.

But for the most part, the real world didn’t intrude much in this realm where we were free to be children, even older siblings like me who were genetically programmed towards seriousness. Raul and I did a lot of digging and playing with dirt in our backyard. We spent many days on our knees inspecting the legions of red ants that entered and exited holes they had dug in the ground. I’m not proud to confess that, like boys before and after us, we inexplicably indulged in macabre experiments on the poor ants, involving a magnifying glass and concentrated sun rays. Enough said on that.

Digging in dirt was great fun. We flooded an area with water from the garden hose and ran it through little ditches we dug, damming the water up at intervals with pieces of wood we half buried in the muck. We made little paper boats and sailed them down our boy-made rivers.

But the best way we used our dirt paradise was as a spot for playing a game at which we spent countless hours—marbles. Ernie, my friend from across the street, often joined us. Playing in dirt got us very dirty. We tried to avoid kneeling in the dirt by squatting, which didn’t work at all. We wore overalls like the ones worn by farmers and garage mechanics, and canvas tennis shoes.

With a stick, we traced a large circle in the dirt and in its center placed several marbles that formed the pot we would play for. That is, assuming we were playing “for keeps.”

The boy whose marble stopped closest to a line drawn in the dirt played first. The shooter selected a spot on the circle and, forming a fist with his shooting hand, he knuckled down to play. With his thumb, he propelled a marble toward the pot with the aim of knocking one or more of the marbles out of the ring. He pocketed the ones he knocked out and earned another shot. If the shooter was very good, he could continue until all the marbles were knocked out.

We’d play for countless hours, so many that the fingernails of our right, shooting thumbs developed holes from the pressure of the hundreds of marbles they propelled.

Marbles and other games taught us the importance of playing by the rules. Arguments occurred when a player insisted on not conforming to them. Ernie’s father, an otherwise extremely mild-mannered man, came over to our house one evening demanding of our parents, for Pete’s sake, the return of his son’s marbles. Losing one’s marbles was not a good thing, then or now.

In summertime we’d also play a lot of tag, with other neighborhood kids, as well as hide-and-seek. The cry of olly olly oxen free rang out, signaling the all clear when hiders could emerge from their hiding places. After Frankenstein became a cinematic sensation, the child who was it became the monster. The mere thought that a monster was on the hunt for us was chilling, even though we knew that it was only a boy, or a girl.

On hot summer days, the iceman from Kirker Ice Company made his customary rounds. While he was out of sight, lugging a block of ice into our house for the ice box, children clustered around the back of his truck, packed floor-to-ceiling with ice, and engaged in a harmless but refreshing bit of thievery, helping ourselves to shards of ice that remained on the damp truck bed. We wiped slivers of wood off our pieces of ice and sucked off the ice-cold water, rubbing our faces and necks with them. On many summer days, Mother prepared frosty pitchers of lemonade that included pieces of the block of ice that now sat in our ice box.

We had roller skates that we fitted over our shoes and tightened against the leather sole. A neat little metal key did the tightening. We skated only on the sidewalk. I never got the hang of braking so I just headed onto the grass until I stopped moving.

Police radio dramas and cowboy movies were popular at the time and boys liked to wear badges. We made our own. The metal caps of soft drink bottles were lined with cork that we pried out. Then we held the metal cap on the outside of our shirts and pushed the cork into the cap from the inside. The cap stayed put. We became walking advertisements for soft drinks including that new drink, Dr Pepper. We wore holster sets that handled two pistols, the large, silver colored ones being the most popular. Some boys had BB guns that actually shot steel or lead pellets. We didn’t. Mother considered them dangerous and beyond the pale.

Flying kites was fun, too. Raul was much better than I at maneuvering a kite, running to get it airborne and flying like a good kite should. Mine had a maddening tendency to fly in frustrating circles. And then crash.

On especially hot days, we made use of the garden hose and sprinkler that we set in the middle of the lawn. Other neighborhood children would join in as we frolicked around in our bathing suits through the fountain of cool water the sprinkler created for us. Loose grass and weeds and little twigs stuck to the bottom of our feet.

When you’re 10, your summer is one big block of freedom to be a kid. When it’s 4:18 p.m. in the middle of July and you’re scraping those twigs off your feet, laughing with your friends, the life ahead of you appears as one of infinite possibility. Mostly all things, starting with your own imagination, just seem wondrously infinite. I worry that kids today aren’t allowed such space.

As we grew older, the summers got shorter, and our playtime scarcer, until it all became a sepia-tinted memory in a life full of purpose, work, and seriousness.

But that’s another story.