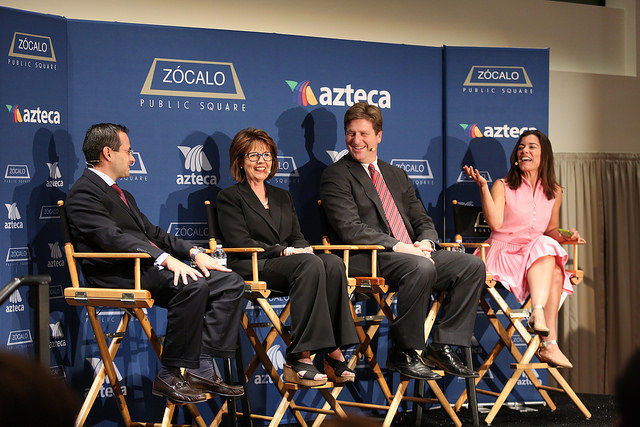 Arizona and Mexico, separated at birth? Panelists at a Zócalo/Azteca event at the Heard Museum in Phoenix didn’t go that far. But in a wide-ranging conversation about Mexico’s economic rise and the opportunities it creates for Arizona and the U.S. Southwest, it became apparent that Arizona and Mexico have a lot in common—including bad reputations that represent significant barriers to achieving greater prosperity together.

“When I was coming here, a friend of mine told me you shouldn’t go to Phoenix or Arizona because you may get arrested,” Romero said. “People in the U.S. sometimes believe they should not go to Mexico because they could get killed.” But Romero pointed out that he is always warmly welcomed in Phoenix, and that, despite issues with violence on the border in some states, Mexico is one of the most secure countries in Latin America.

Stanton, the Phoenix mayor, said several times that he had used the bully pulpit to distinguish himself from Arizona politicians whose actions and rhetoric have given the state an international reputation for being anti-immigrant, and anti-Mexican. He has made 12 trips to Mexico and opened a trade office in Mexico City to deepen economic, cultural, and educational partnerships between his city and “the growing economic giant that is Mexico.”

“If we don’t take advantage of that here, shame on us,” Stanton said of Mexico’s growing middle class. He noted that Arizona had lagged behind the rest of the country in exports, and he wanted to double exports from Phoenix to Mexico in the next five years. “We don’t have a choice,” the mayor said. “We have to build that stronger relationship.”

Indeed, all three panelists said that economic ties between Arizona and Mexico already run much deeper than is commonly understood. Emmermann, the former Arizona-Mexico Commission director, said that interests in trade, education, and energy were converging on both sides of the border.

Noting that people still associate Mexico with low-wage and low-skilled jobs, Emmermann, now vice president of Molera Alvarez LLC, said: “That’s the Mexico of the past … You’ll find we’re talking less and less about differences, and more about similarities.”

“Some of my best friends are gringos,” quipped Romero, in agreement. “We are very similar.”

Romero said that commerce between the countries was five times greater than 20 years ago, when the North American Free Trade Agreement went into effect. Still, he said, “the U.S. economy is much more important to Mexico than we are to the U.S.—but this importance is growing very, very fast.” He argued that, in the U.S. economic competition with China, “the U.S. should see Mexico as a partner. In fact, we already are a partner.”

Stanton spoke with some envy about how export-oriented the Mexican economy is, and suggested it was a model for Arizona. “We can learn a lot from Mexico,” he said, pointing to Mexico’s free trade agreements with 42 countries around the world.

The panelists all took note of energy reform in Mexico and a commitment to renewal of infrastructure, and all three said those changes provided significant openings for companies from Arizona (and around the U.S.) to do more business in Mexico.

Education is also an important area for improvement—both in terms of its quality in both places, and in the need for exchanges. “One area where Mexico and the U.S. have not done a good job is student exchanges,” said Stanton.

During the question and answer session with the audience, the panelists cited Texas—which provides in-state tuition to Mexican students—as a leader in exchanges that Arizona should emulate.

The audience questions also covered tomatoes and agriculture in Mexico, and the potential of the Port of Guaymas in the state of Sonora, which borders Arizona. The panelists predicted that Guaymas could grow into Arizona’s seaport, given its proximity.

Emmermann also noted the strong business and investment ties between Arizona and Canada, and said that Phoenix needed to think of itself as a crucial North American city, linking the U.S., Canada, Mexico, and eventually Central America. “We need to think bigger,” she said. “We need to be a trading bloc, a large trading bloc.” 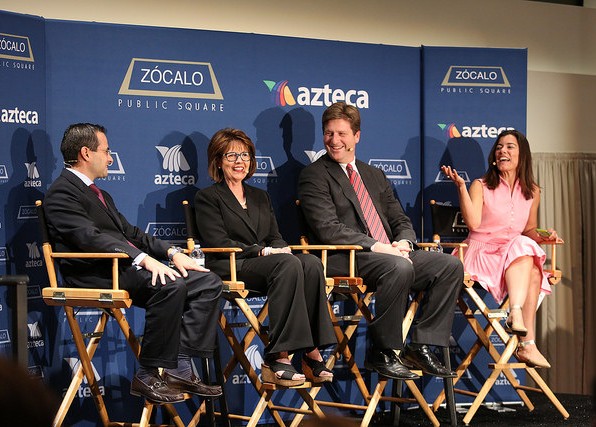 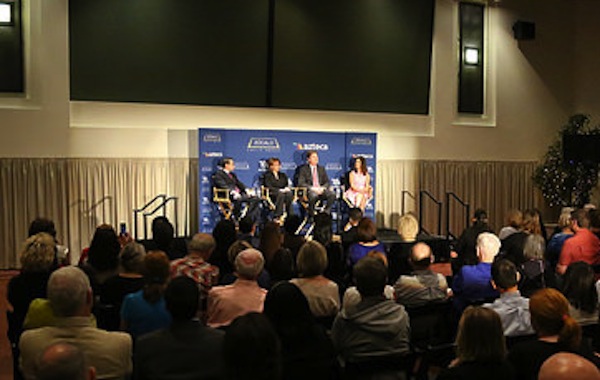 The great crowd at The Heard Museum in downtown Phoenix 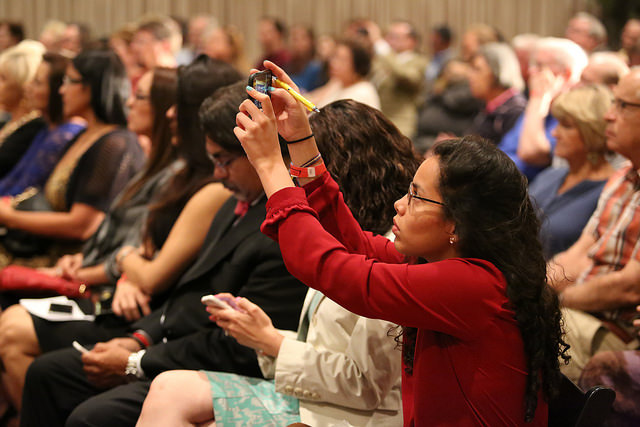 Guest takes a photo during the panel discussion 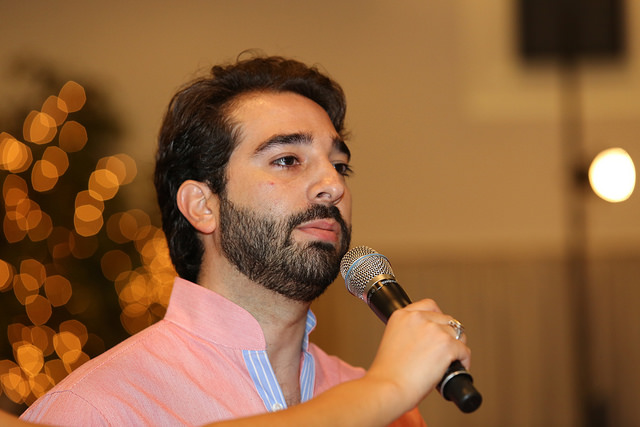 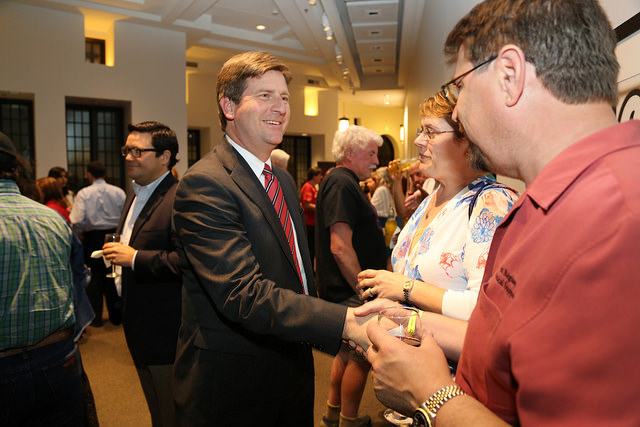 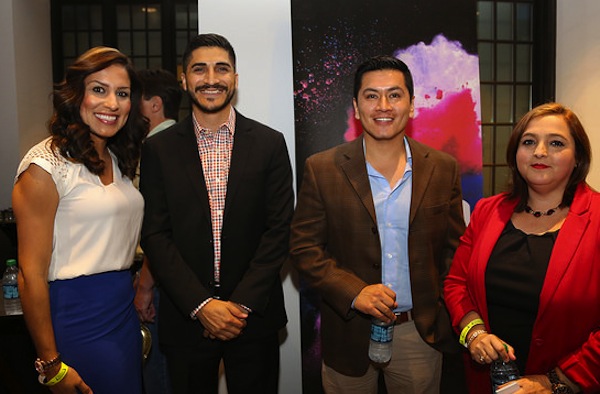