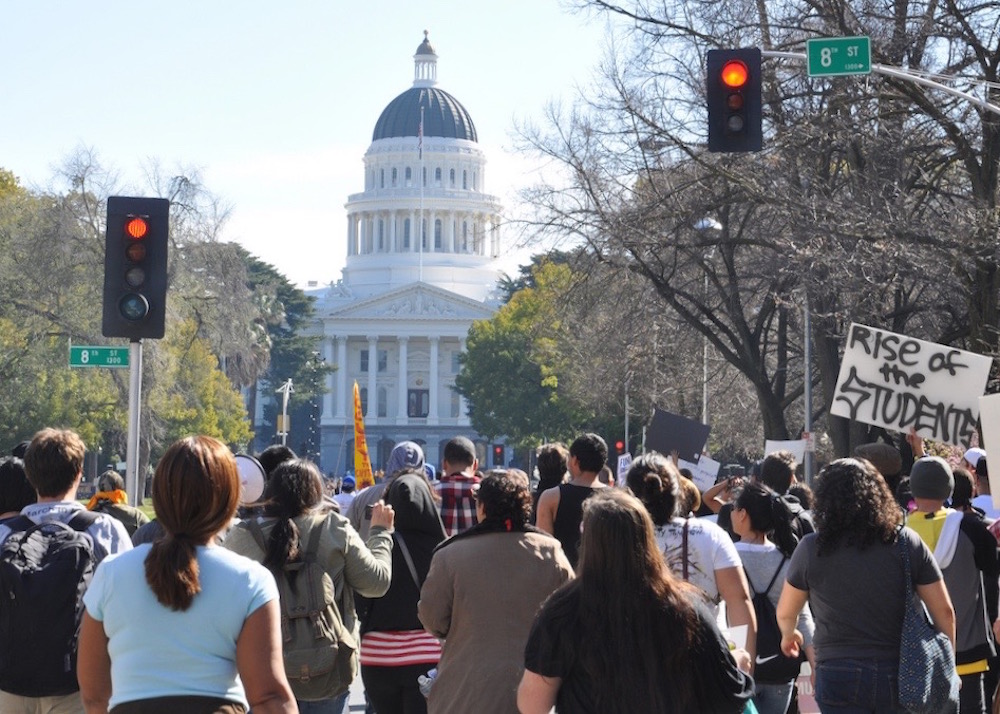 Californians, I regret to inform you that your diploma is being held up. You won’t be able to graduate.

Another state budget, accompanied by an eight-month-long controversy over the University of California, demonstrated once again that we Californians don’t have a clue about what our public universities mean to the state. Because if we did, we wouldn’t make them beg us for the money needed to educate more of our children.

Instead, Californians—from our leaders in Sacramento to average voters—think that the UC and California State University systems are too costly and administratively bloated. That tuition is being raised to cover academic nonsense. And that taxpayers already give too much money to higher education. These claims are either nonsense—or the fault of Californians themselves, not the universities.

But before we get into all that, let’s start with the history lesson on higher ed that most of you seem to have missed. Most Californians think that we’re all here because of Junípero Serra or the Gold Rush, or oil, or sunshine, or Hollywood, or Silicon Valley.

Nope. The biggest force luring people to California over our history has been our abundance of free—or very cheap—high-quality public education. California pioneered such educational access very early—by 1912, Berkeley was already the largest public university in the world. Offering university degrees on the cheap was a great money saver; we stole away some of the smartest people from other states and countries and had to pay for just four years of their education (a much better deal than paying for K-12 for Californians). The result of this policy: For much of the 20th century, Californians weren’t just better looking than other Americans—we were smarter too, with the highest rate of college graduates.

But, then in the second half of the 20th century, we began to forget what we had. The state locked in lower tax rates and higher spending on other things by ballot initiative, at the expense of public investment in our world-class university system. The universities made it up by adding tuition fees, especially during the prolonged budget crises of the past 15 years.

Today, we Californians still look great—but we’re not as smart. We’ve fallen out of the top 10 of U.S. states by percentage of adults with college degrees. And if you look at younger people—ages 25 to 34—we’re in the middle. Montana’s young adults are more likely to have some kind of post-secondary degree than ours.

The public universities have held onto their reputations and found ways to serve more students—more than 238,000 at UC, and 437,000 at CSU—despite relentless cutting in state support. The UC 10-campus system, the target of so much political and media criticism for supposed bloat, saw a 30 percent decrease in state funding—and a 20 percent reduction in its cost per student—in the past decade. Those cuts have been made even though state taxpayers were already getting a bargain with UC; they now cover just $3 billion of a $27 billion budget.

But try telling that to voters, legislators, or the media, all of whom see the universities as greedy and inefficient—even as they’ve educated more people with less state support. UC and CSU haven’t fought very hard against cuts—they have, like good teachers, tried to appeal to reason, and they’ve tried to make funding deals with politicians. But reason and politicians are not to be trusted in California, especially when recessions shrink state revenues.

In one disgraceful legislative hearing this spring, lawmakers actually complained that out-of-state students eligible for financial aid were in fact receiving that aid. Yes, you read that right. The state legislature doesn’t want any poor kids coming to the UC from out of state. “There are plenty of fish in the sea that can pay full freight,” said Assemblyman Kevin McCarty, a Sacramento Democrat, at the hearing, according to The Sacramento Bee. “We’re not elected to expand education for low-income kids from Nevada.”

Give us only your rich kids, please.

Since the state has a demonstrated need for more educated workers (we’ll be short by 1 million by 2025, according to a much-cited report), we should be building on our historic lead and rapidly expanding our universities. But today’s California is so small-minded and budget-obsessed that no one seems inclined to make long-term investments in our well-being anymore.

The usually reliable and nonpartisan Legislative Analyst’s Office has itself fallen prey to the myopic short-sightedness, declaring that UC doesn’t need to increase its enrollment, even as it receives record numbers of applications. The LAO points to recent dips in the number of college-age Californians and in the percentage of recent California high school graduates going straight to college to support its wrong-headed conclusion. But those same statistics argue for opening up more slots and opportunities for students from California and around the world, and making it cheaper for those students to graduate.

In response to Sacramento’s combination of cuts and meddling, the UC finally got tough and hired former Arizona Governor Janet Napolitano, the former Secretary for Homeland Security, as UC president and political champion. Last November, she sucker-punched the newly re-elected Governor Brown and legislature with a choice: give UC more money or watch it raise tuition again. Sacramento leaders and their media cheerleaders howled about the UC’s behavior, but Napolitano’s strategy worked. She forced Brown to the negotiating table and ended up with more money—including an increase in base funding over the next four years and crucial one-time money to cover pension costs—than anticipated.

But Napolitano still had to beg the legislature to cover an increase in enrollment of 10,000 students over four years (and appears to have gotten only enough in the budget to enroll an additional 3,500 students). Memo to legislative leaders, who cast themselves as champions of the state’s Latino population: much of the growth in California high school graduates and UC applicants is among Latinos.

With immigration flat and the birth rate under replacement levels, California will need to attract more foreigners and other Americans to study and work here to maintain the state’s vitality. It won’t be easy, as other countries and states are more competitive now, especially when it comes to cost-of-living considerations, including the cost of education. But if we don’t act to bring more young and ambitious people to the state, we’ll lose some of our advantages in diversity and connectedness.

It’s an argument that Californians haven’t much heard—and clearly don’t understand. Maybe we all could enroll in a refresher summer course on the importance of higher education in California, and the massive returns we receive from our investment in it.

But who would pay for it?