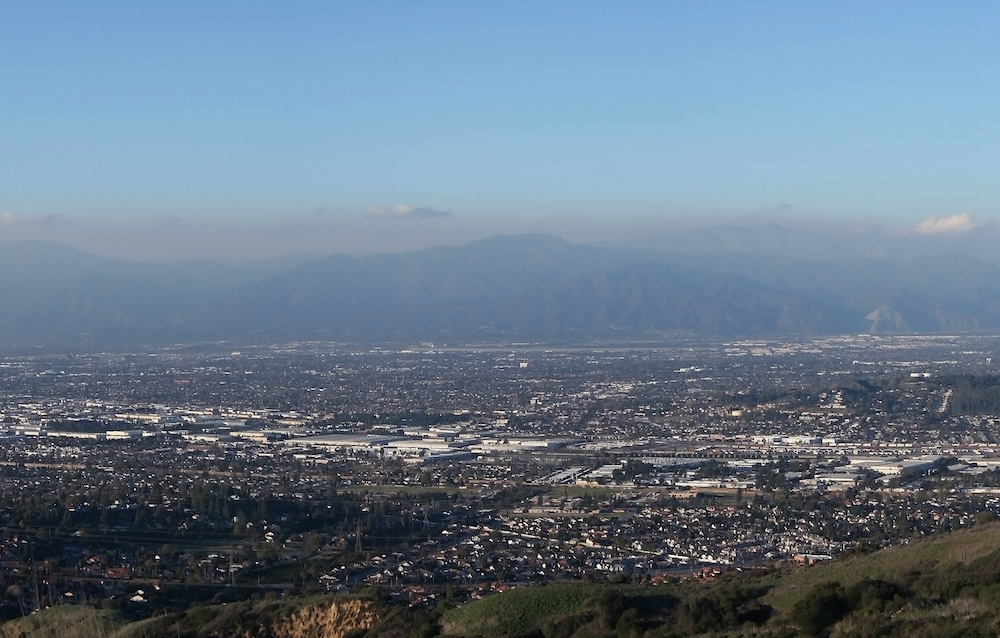 “This place is built on a co-dependency of interests. Worries me you talking so stupid.”
Frank Semyon, True Detective, second season

Think of voting in a place where 52 percent of the voters rent government-owned housing at steeply reduced prices; another 32 percent rent from the wealthiest resident family. The remaining 14 percent either hold office in that government’s highest positions or own some of its biggest businesses. Don’t forget that many of the other people living in this place work for this government and its wealthiest family. More importantly, the ruling family’s biggest customer is the government. That family also supports and employs the officials who run for office.

You might wonder if this as an allegory of a government-run society that has almost swallowed up what remains of its private sector. But, no, my fable is about an actual place; the City of Industry, in the San Gabriel Valley—a place that is a precursor of the privatization of everything public—prisons, schools, universities, health care, military, even our state security apparatus.

Those who live in it, or in its shadow, simply call it Industry. Whichever name you give it, its Manticore-shaped boundaries include about 2,500 businesses, a day-time work force of 50,000, but a resident population of no more than 200. Until a few years ago, it was ruled by the Perez family. And the election I asked you to imagine voting in occurred on June 2, when voters there returned a Perez-backed council majority to power.

Industry’s privatization saga, however, was years in the making. It began in 1954 when James M. Stafford, a large landowner and grain mill operator serving on the Los Angeles County regional planning commission, committed a series of conflicts of interest to prevent the nearby blue-collar suburb of La Puente from putting his property inside the boundaries of its proposed city. In his official capacity, Stafford and his powerful mentor, County Supervisor Herb Legg, launched technical challenges to stall La Puente’s cityhood petition drive. Behind the scenes, Stafford, with the county government’s backing, organized landowners inside the La Puente Valley’s industrial corridor to submit their own cityhood petition to include its freeways, railroad lines, and industrially-zoned property—and to exclude its homeowners. This elimination of Industry’s electoral opposition came to be known as the “zero population growth” policy.

Restricting the proposed city’s population to its land-owning class left Industry with too few people to meet the legal minimum for incorporation. To get around those rules, the city performed its own special math: The founders counted the El Encanto Sanitarium’s 131 patients and 31 employees to meet the residential requirements for cityhood.

But that was not the end of the fight. Local property owner Walter Pyne challenged Industry’s incorporation alleging that Stafford, the second-largest property owner in the newly proposed city, abused his position for personal gain. The Southern Pacific Railroad, the new city’s biggest landowner, took Pyne’s lawsuit seriously. It sent a pair of its real estate buyers to persuade Pyne to sell them on an option on his property. The railroad needed Industry’s incorporation to protect its rail switching yard and its development plans from residential encroachment. The railroad succeeded. Though there are few remaining public records documenting the deal, we know that Southern Pacific resold the option to a shadowy firm called Canyon Rock Products; the notary who officially recorded the deal was named Glenn R. Watson, who just happened to be Stafford’s lead defense lawyer against Pyne’s lawsuit.

With Pyne out of the way, Industry incorporated in 1957. Watson, incidentally, was promptly appointed Industry’s first City Attorney. Stafford didn’t even need to be elected to continue wielding influence and that’s how Industry liked it: He still got to decide which of his pals got the sweet service contracts or the much more lucrative real estate development deals that were later bankrolled with state redevelopment funds.

Industry’s incorporation story, however, was no outlier. It simply wedded two powerful definitions of municipal purpose from its neighbors –the City of Vernon’s 1920s era industry-only model and the City of Lakewood’s contracting out of its public services to private contractors – to organize its government like a private enterprise. Industry’s political philosophy was only an incrementally more radical expression of the already aggressive laissez faire ideology practiced by the developers who were using the Lakewood Plan to build in a dozen other newly incorporated cities in Los Angeles County.

Over the years, the city and its business owners consolidated its privatizing gains by carefully crafting a kind of indentured electorate. As in Vernon (before scandal forced that city to increase its housing stock of city-owned apartments to diversify its electorate), 84 percent of Industry’s voters now rent their homes from City Hall or from the Perez family. Leases for homes there can require as little as $675 a month (or less than half the going rate for comparable lodging), and implicitly communicate their quid pro quo expectations to voters. So it’s not surprising that under these circumstances the Perez family, who inherited the city’s administrative apparatus after Stafford was convicted of bid-rigging and contract-skimming in 1984, would regain control of their city.

Nor was it a big surprise when, following the public embarrassment of a 2009 Los Angeles Times investigation, a city audit in May concluded that Industry had paid former mayor Dave Perez and his family’s other businesses more than $326 million for their services over a 20-year period, including “$4.9 million,” the Times reported, “for lawn mower rental and street cleaning fees billed at six times a competitor’s rate.”

What was surprising was that a majority of Industry’s city council had emerged to challenge the Perez family and the city’s established order. Mayor Dave Perez suddenly stepped down in 2012, citing health issues, but amid allegations that one of his family-owned firms had used a 19-acre parcel of city-owned land for free without the city’s permission. That revelation was a by-product of the state’s decision to shut down local redevelopment agencies in 2011. The state created an inventory of real estate that Industry’s redevelopment agencies would have to sell off, and that forced the city to explain why the former mayor had used the parcel since 2001 without paying rent or signing a contract. The city council couldn’t settle its differences with Dave Perez and thus filed a lawsuit against in 2012.

The audit’s release upped the ante in this dispute when it gave the anti-Perez group the confidence to cancel its trash-hauling contract with the Perez operation; the audit also sparked separate investigations by the District Attorney and California State Controller. The anti-Perez council majority’s move to stay in power also upset the rarely interrupted practice in which their council predecessors left office before their terms ran out so that their colleagues could appoint their replacements. The stage was set, in other words, for one of the rarest events in Industry’s history: a contested election.

The Perez clan ran a slate of their own candidates to oust the council members who they had previously put in place but had dared challenge them. But the campaign that followed was rather anti-climactic. No debates about the cost of letting Industry hollow out the democratic principles of city government. No debate about how Industry might mitigate its massive carbon footprint and particulate pollution spewed from the trucks and trains that shuttle the port’s goods to its warehouses and factories. Instead, anti-Perez candidate, Mayor Tim Spohn, reinforced this silence when he assured the news media that there were actually no issues to debate, and that the election contest would not interrupt the city’s smooth operation.

That’s why the contest came down to which faction would best represent the interests of its property- and business-owning “citizens,” and their rent- and job-dependent voting proxies. The anti-Perez faction wanted to serve the city’s business sector by making the principles of fiscal prudency part of its administrative ethic. The Perez clan promised to restore Industry to its “former glory,” leaving voters to fill in their own blank about what that meant.

The victory of the Perez-backed slate, while not a surprise, disappointed those who had expected something to come of recent media attention. And concerned San Gabriel Valley residents should not expect much from the ongoing investigations. Previous investigations against the city (about nine, counting the D.A.’s and controller’s probes) have proved only that its officials enjoyed the legal authority to grant the Perez family, and many others, lucrative service and development contracts. There have been two exceptions to this rule: the FBI investigation that culminated in a criminal conviction against Stafford in 1984 on bid-rigging and contract-skimming charges and District Attorney Ira Reiner’s successful 1985 civil action against a former Industry City Attorney for self-dealing in selecting the city’s municipal bond broker. But neither of these cases altered the structure of Industry’s government and its relationships to contractors or developers.

If you want change Industry, you have to dismantle the privatizing forces that have made this city immune to meaningful reform. It begins with realizing that cities, including Industry, are the sum of laws, accounting methods, the stories they tell about themselves and administrative techniques that structure their power relations and shape their built environments. Industry’s most important strains of governmental DNA include its industrial-only purpose; creative boundary drawing that keeps out the meddling suburban rabble; media narratives that code its recurring “corruption” scandals as breaches of individual morality; a model of city management that outsources municipal services to private contractors, and the California redevelopment laws and financing mechanisms that paid for its industrial development. Laws going back to the medieval city charter guarantee Industry’s fraction of sovereignty even in the face of scandal.

The best way to address our Industry problem, in other words, is to change how we think about government. We need to shift our focus from obsessing on the moral failure of individuals who have “corrupted” well-intentioned laws and look for the specific technologies that have made the privatization of government, from City Hall to the White House, seem natural and necessary.