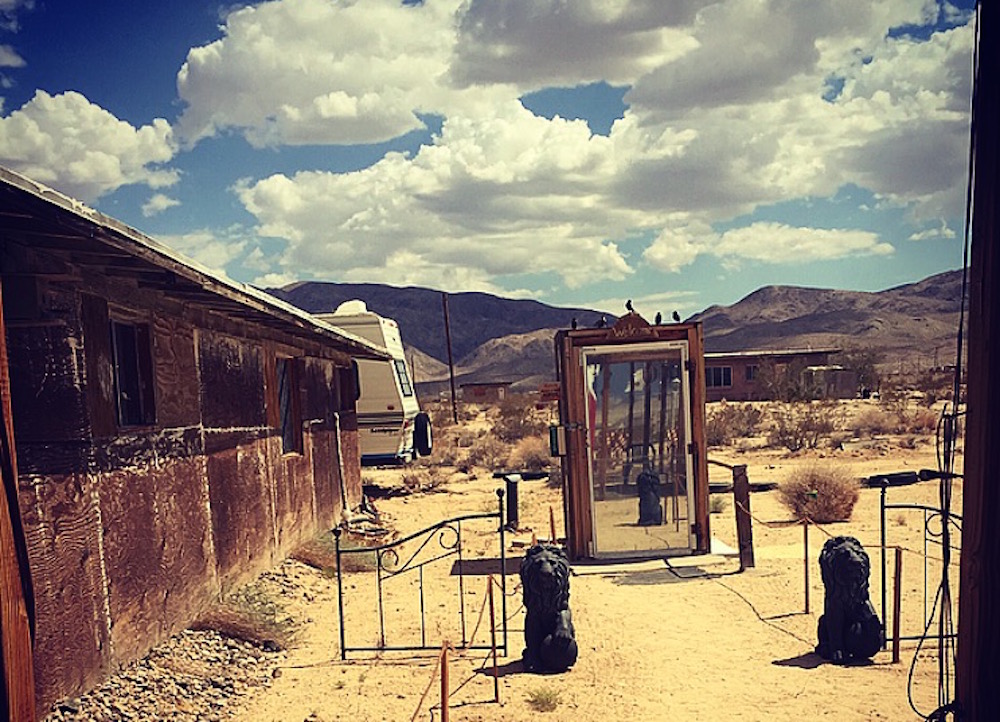 When the Glass Outhouse Art Gallery opened in Southern California’s High Desert, one of its first exhibits featured armless, headless mannequins hanging off the walls from hooks in their backs. Majestic mountain ranges and tranquil lakes were painted over the mannequins’ naked torsos. One had its belly cut open to reveal a tiny plastic baby. Another had a bloody rosary dangling from its nonexistent private parts.

Call them bizarre or avant-garde, these mannequins are a form of artistic expression to the Glass Outhouse’s owner, Laurel Seidl. Since 2010, the 71-year-old’s gallery, off Highway 62 near Joshua Tree National Park, has attracted a growing number of art enthusiasts, from locals to tourists from around the world.

The Glass Outhouse features the work of artists from throughout the state in every medium—from photography and oil painting to sculpture and various mixed media. Despite the freaky mannequins and many similarly weird exhibitions, Seidl says, the gallery isn’t about shock value; it’s about showcasing artists who might not otherwise have the opportunity to display their work.

“I basically started it because I couldn’t hang my own artwork anywhere else,” she says. “Sure, everyone told me I was nuts and it would never work. My family and friends all said, ‘Laurel, don’t do it. You’re going to be disappointed when it doesn’t work out.’ All I said to them was, ‘You just stand back and watch me. I will make this work and make it into something special.’”

In case you are wondering, yes, the Glass Outhouse has an actual functioning outhouse with its own septic tank on Seidl’s five-acre property. And yes, it is made of glass. Thankfully, the glass is a one-way mirror, so no one can look in. But once inside, you have a 360-degree view of the breathtaking desert scenery. 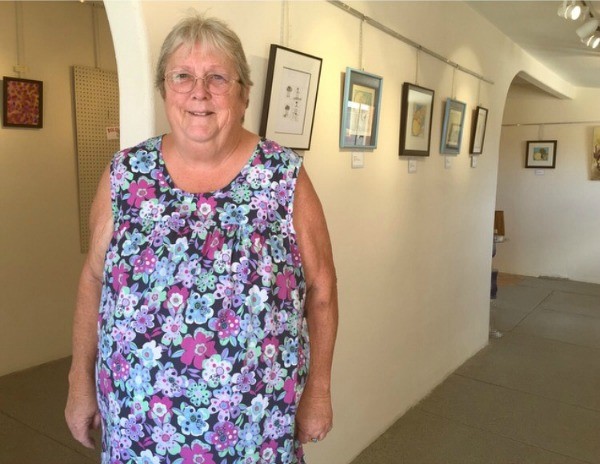 The gallery is spacious, with three separate areas that usually hold the work of anywhere from 10 to 15 artists. The cement floors and immaculate white walls hide the history of the building, which once housed more than 185 rabbits, when Seidl and her third husband, Fred, ran a farm.

In 1976, the newly married couple moved to Wonder Valley, just north of Joshua Tree, and bought the farm’s property for $3,200 from Seidl’s parents. Before then, Seidl had worked in Silicon Valley for a tech company that manufactured parts for lasers. Her husband, Fred, was a machinist. The couple embraced the quiet desert life. In addition to rabbits, which they bred and sold, they had goats, and even geese in the property’s tiny pond.

The bunny business was lucrative for about five years, until the 5.9-magnitude Whittier Narrows earthquake hit the area in 1987. The temblor spooked the couple’s rabbits, many of which panicked and broke their necks in their cages. The couple sold the surviving 20 rabbits and decided to find a new venture. Fred converted one of the rooms in the barn into a gunsmithing shop, and got a steady stream of business from locals and law enforcement.

Two years later, the Seidls’ 14-year marriage ended abruptly: Fred ran off with Laurel’s best friend of nine years. Instead of bemoaning the loss, Seidl now tells the story with a laugh. “I sent her a thank you card for taking him off my hands,” she says. “I figured I got the best part of the deal. She got him, but I got her dog.”

To make ends meet, Seidl started driving a school bus and painting, one of her favorite activities since she was a child. She says she depicted “everything that would stand still.” She most enjoyed painting big cats on canvas, but she also painted other animals, flowers, and landscapes on everything from vinyl records to hand saws.

Seidl toured California’s arts and crafts circuit with her work, and dreamed of seeing it exhibited. But she was always rejected when she submitted her work to local galleries. “They would take a look at my stuff and say, ‘That’s a hobby, not art,’” she says.

Frustrated and driven by her desire to help other struggling artists, she decided to turn her shuttered rabbit barn into a full-fledged art gallery. But the transformation wasn’t easy. At first, Seidl paid a local artist $200 per month to gut the animal barn and slowly turn it into a habitable building. Eventually, she hired professional contractors, who chipped away at more improvements. In June 2010, during the Glass Outhouse’s first few months of operation, Seidl collected 15 percent of any art sold until renovations were completely finished. (Now, she takes no cut of the artists’ profits.) 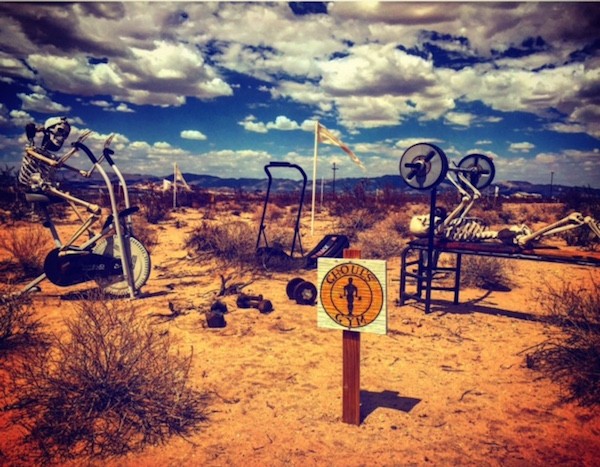 Skeletons working out at the “Ghoul’s Gym”

Word quickly spread across Wonder Valley about the woman who ran an eclectic little gallery in the middle of the desert. The Glass Outhouse became a tourist attraction when Seidl’s friend, a gallery curator named Frank Megzet, began constructing metal sculptures and a tiny wood chapel outside the gallery. Over the years, Megzet has added more knick-knacks to the property, which also features mannequins sinking in quicksand, skeletons pumping iron in a “Ghoul’s Gym,” and a trail of colorful glass bottles that gleam in the desert sand.

Seidl still marvels at the number of tourists who take pictures in front of her outhouse, which is so shiny it can be seen for miles. Today, the gallery gets anywhere from 40 to 300 visitors monthly. It has been featured on tourism websites like Daytrippen.com, and on public television. It has a growing fan base on social media. Seidl doesn’t have a cell phone or a computer, so she has friends run the gallery’s Facebook page.

“If you build it, they will come,” Seidl says. And artists from all over California continue to do so. Her roster is booked solid through February 2018.

Seidl hasn’t brought in much profit in the gallery’s five years. In fact, its operation costs are factored into her monthly living expenses. But that doesn’t keep her from greeting you with a kind smile when you visit. She’ll offer you a cold drink from the gallery fridge, and ask what brought you to her little corner of the desert. Then, with her walker, she’ll guide you through each room to tell you about the works, and the artists who had their start on her walls. Some of them have graduated to larger venues, found their own success.

“It really amazes me because, when I started, I was asking people to show their work,” Seidl says. “Now, they are coming to me.”