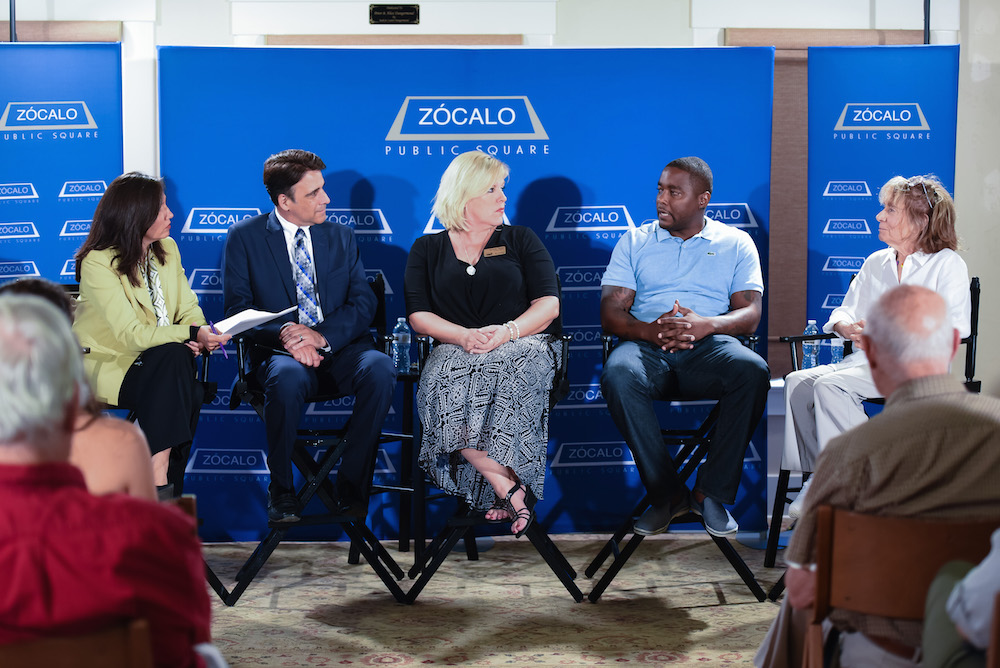 Community-based arts programs in California’s Inland Empire are facing big challenges today. Funds are diminishing. Audiences are disappearing. So how can small-scale performers and venues survive? And what can Redlands, which has a rich performing arts history, teach organizations across the nation about how to stay relevant? These were a few of the questions tackled at a “Living the Arts” event co-presented by the James Irvine Foundation at the Mission Gables Bowl House in Redlands.

When it comes to arts funding, we are in a drought—in Redlands, in California, and in the nation, said Redlands University theater professor Victoria Lewis. “Politicians have cut back again and again on funding. Tons of NEA [National Endowment of the Arts] grants are gone.”

Redlands Daily Facts editor Toni Momberger, who moderated the discussion, asked the panelists to reflect on the obstacles to success. Beverly Noerr, executive director of Redlands Community Music Association, which runs a series of free-to-the-public live events at the Redlands Bowl, elaborated on the difficulty of fundraising: “It’s a constant, constant grind to get your mission out there so that people will engage with it,” she said. “Our costs are always rising. Artists are very often asked to donate their services for free, but we support the artists, so we have to pay for all the entertainment and talent that comes in.”

Wayne R. Scott, president of LifeHouse Theater, a nonprofit theater that puts on shows performed by volunteer actors, sympathized. “There’s an unbelievable amount of hidden costs to putting these things together,” he said, naming everything from lighting to insurance. “It’s amazing to me how generous people can be, but also, when you pass the bucket around, how ungenerous people can be.”

Beyond funding, the panelists detailed cultural challenges that make filling seats difficult—shifting audience demographics, lack of exposure to the arts among younger generations, and the ever-growing role of technology in our lives, which can discourage people from making the effort, and shelling out the dollars, to attend live performances.

“The most challenging thing we’ve faced in Redlands is the diversity of the youth community here,” said Josiah Bruny, CEO of Music Changing Lives, a nonprofit that provides studio space and music instruction for children ages 8 to 18. He referenced an age population gap in the city, which makes it difficult for the city’s kids, who make up a much more diverse population than the city’s other residents, to connect with the programs that attract older attendees.

So, Momberger asked, what can be done? She focused on the role of technology in particular, which she said can contribute to a “communication breakdown” between younger and older audiences, but at the same time presents new opportunities for reaching out to people. “How is technology forcing community arts to evolve?”
In Bruny’s view, technology is more beneficial than anything else. “We use technology to sell our music, promote our artists. It’s a great tool,” he said. “We’ve landed national and international gigs from social media. Before, if you were a guerilla marketer, you would promote by flyers. Now, with Facebook, Instagram, you can reach anybody.”

“Live theater will always have this aura to it,” Scott said, “but technology is a great promotional platform.” Out of the 30,000 people who visit his theater annually, he noted, a mere 3 percent are from Redlands. The rest come from all around Southern California and beyond, “all through social media,” he said.

Lewis made the point that theater and other performance arts can no longer be seen as separate from technology, but rather as immersed in technology as everything else. At Redlands University, she said, they’ve started a theater business major to teach marketing and other ways to survive from a practical standpoint in the theater world.

“It is show business,” Scott agreed. “You have to wear a lot of hats. I’ve always been weak in that area, but I’ve tried to bone up on it, because you need it to survive.”

“As far as social media goes, the genie is out of the bottle,” Noerr said. “Whether we love it or not, we’re living with it.”

Beyond technological innovation, the panelists touched on a number of other solutions for promoting community arts: exposing kids to performances at the earliest possible age, encouraging diverse casts by reaching out to underrepresented communities to draw in new performers (and audiences), and adapting performances to reflect the changing tastes of younger generations. Bruny mentioned partnerships his organization has made with school districts and juvenile halls, and Lewis talked about recruiting actors for a play from a local women’s prison.

One major solution, Momberger suggested, may be partnering with organizations outside of the arts—finding ways to attract funders and participants at all levels of society, from inner city youth organizations to university economic departments, to capture the interest of people wouldn’t normally have an obvious investment in the arts, yet who could become passionate about performance once they’re exposed to it.

During the question-and-answer session, Lewis expanded on this notion by suggesting that getting more people involved may mean broadening our definition of community. “We all belong to various communities, and community theater is many different things,” she said. “But I think what theater does is make you part of something bigger than you are.”

As with all forms of performance, when it comes to theater, she said, “people are incorrigible.” The panelists wholeheartedly agreed when she declared that regardless of how difficult the times get, people “will keep making it.” 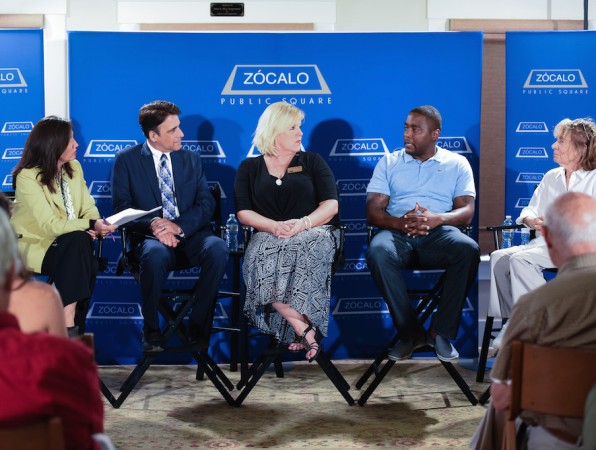 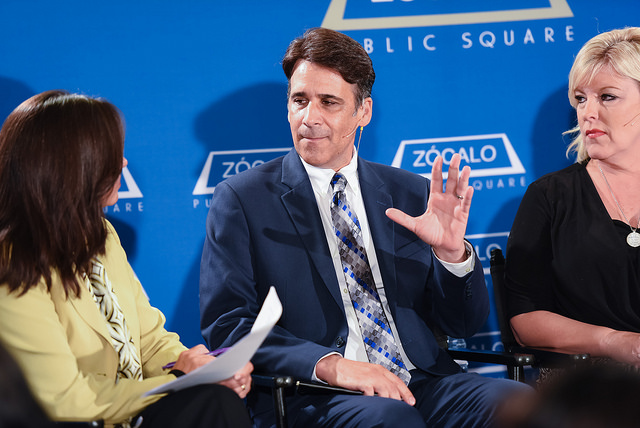 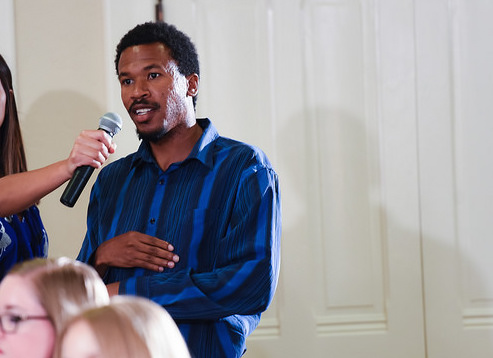 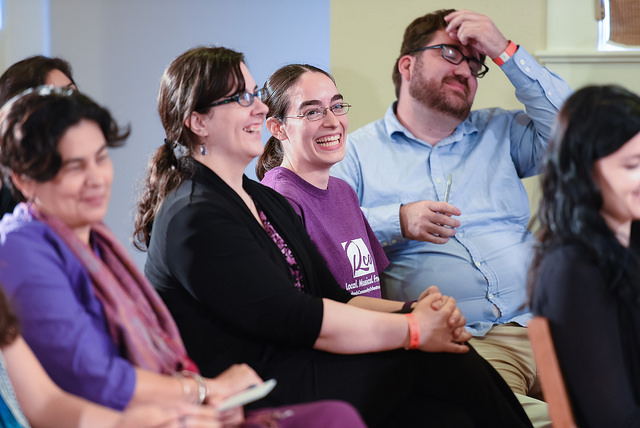 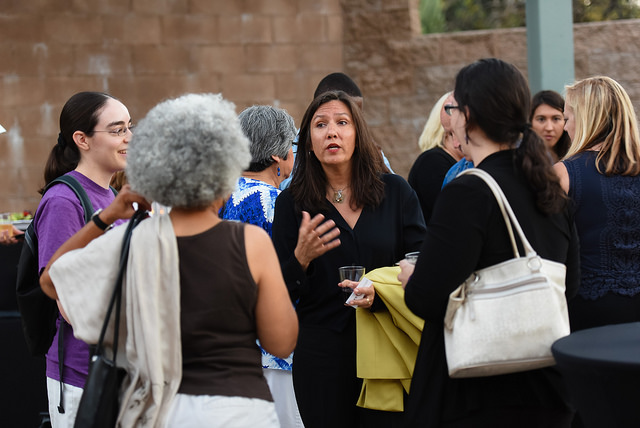 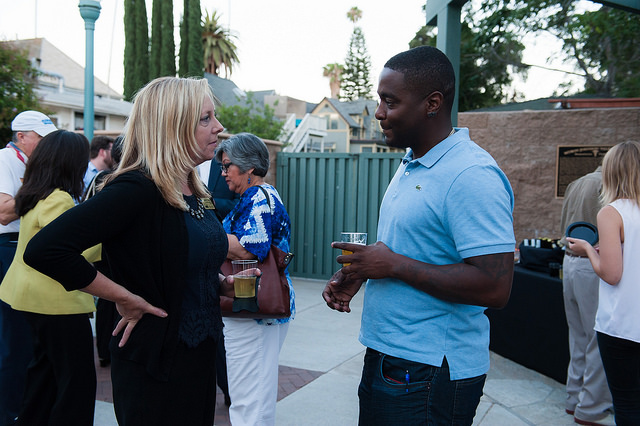