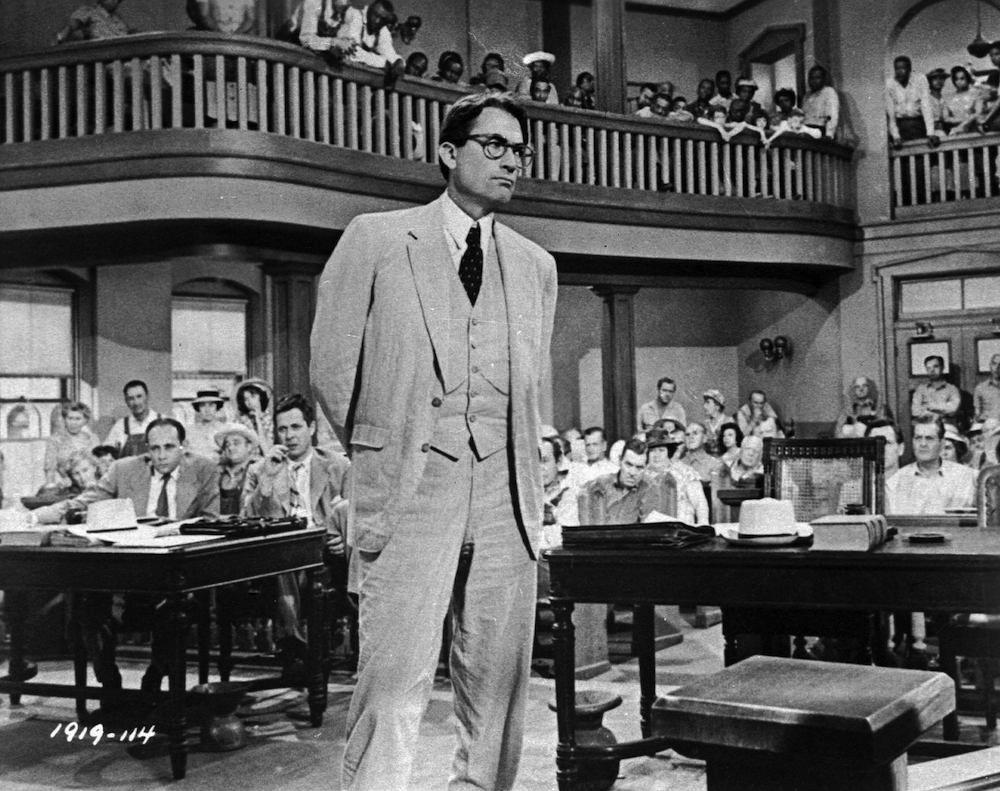 While there are many noble characters in the pantheon of Southern fiction, few have the iconic standing of Harper Lee’s Atticus Finch. Since the publication of To Kill a Mockingbird more than 50 years ago, this fictional character has become profoundly real to many Southerners, and not just because of the way Gregory Peck brought him to life on film. For former United Nations ambassador and Georgia native Andrew Young, Atticus represented “a generation of intelligent white lawyers who eventually, in the ’50s and ’60s, became the federal judges who changed the South.” Tennessee native and journalist Jon Meacham once said, “We all like to think Atticus Finch was our father or grandfather.”

Now Lee’s Go Set A Watchman, which is set some 20 years after Mockingbird, presents a less than noble Atticus, one you may not want to think of as your father or grandfather. The man who performed the valiant job of defending a black man falsely accused of rape in Mockingbird is now, in the pages of Watchman, attending Ku Klux Klan meetings, joining the White Citizen’s Council, and advocating eugenics. This new depiction of Atticus will certainly change the legacy of a seminal figure in Southern literature.

The South came to idolize Atticus because he confronted the issue of race in a way that white Southern liberals and moderates in the ’60s wish they could have had they lived back in ’30s. At the same time, Atticus gave them permission to stand up against the gross inequities of Jim Crow laws, which were still in effect when the book was first published.

Mockingbird is not a book I read in school, but was one I read on my own. I am a child of the Brown v. Board of Education decision, but few public schools in Mississippi’s post-1970s court-ordered integration era were willing to take on Lee’s novel. Race was not discussed at school, even though the issue hovered throughout everyone’s life in the small town where I grew up. Consequently, Mockingbird was a book I discussed outside of class with like-minded classmates, both black and white. As my children grew up, Mockingbird had become required reading in seventh grade at their Washington, DC, public school and they were able to have discussion on race in the classroom I could never have.

A few years ago, when I was invited to read at the Alabama Literary Festival, I witnessed first-hand how Lee’s hometown of Monroeville—and indeed all Southerners—had come to embrace the novel. After watching a re-enactment of Mockingbird’s courtroom scene from the “colored” balcony at the town’s courthouse and gathering by the monument to Atticus with a group of fellow writers, I noticed how we all spoke of him as if he were someone we knew, not someone we read about in the pages of a novel.

The reason the Atticus of Mockingbird is iconic and the one in Watchman feels alien is because as Lee reworked Watchman into Mockingbird, she tapped into a key component of Southern culture: the need for folk heroes and mythic figures. It is through the folklore of the South that the region places a mirror up to its virtues and failures. Robert Penn Warren created Willie Stark in All the King’s Men as a means of looking at stories surrounding Southern politicians like the populist (or demagogic, depending on your view) Louisiana governor and U.S. Senator Huey P. Long—who is said be the basis for Stark. William Styron’s The Confessions of Nat Turner drew on both narrative accounts of a slave uprising and the folklore surrounding the leader of the rebellion, Nat Turner. It was in this tradition that Lee created Atticus.

The reason the Atticus of Mockingbird is iconic and the one in Watchman feels alien is because as Lee reworked Watchman into Mockingbird, she tapped into a key component of Southern culture: the need for folk heroes and mythic figures.

Without a doubt, Lee recognized that folklore and myth stand as pillars of the way Southerners both face harsh truths and—as we have seen recently in the debate over the Confederate flag—cover them up. Southerners, particularly white Southerners, needed a figure that represented the tradition of the progressive in the history of the region, protagonists like turn-of-the-century New South advocate Henry Grady, whose speeches Atticus advises his son Jem to read in Mockingbird. Atticus Finch became that figure. Segregation painted even progressive Southern whites in a corner that became violent and ugly, and Atticus Finch revealed to them a way out. As Southern historian C. Vann Woodward has noted, irony and the South have never been strangers.

If there is one mythic theme that has the strongest hold on the mind of the South, it is equality and its connection to the past and present. The very idea that a separate social system under Jim Crow could be considered equal is an example of this myth’s primacy. What Lee sought to do in Mockingbird was to reveal holes in the myth of equality in the South, but in a way that both Southerners and Northerners could understand. Atticus was the convener of this discussion: Like any Southern liberal of his generation, he does not challenge the foundation of Jim Crow privilege, even though he is actively defending a black client and trying to show his fellow white citizens to learn how to walk in another man’s shoes. He knows that he cannot convince a jury to treat Tom Robinson as an equal. So, he was a man of his time rather than a man before his time.

It is difficult to see how the Atticus of 1935 in Mockingbird would have evolved into the intolerant old man depicted more than 20 years later in Watchman. The older, more infirm Atticus lacks the moral center that drove him in Mockingbird. The book itself does not indulge in that bigotry—the adult Scout is physically repulsed by her father’s attitude. But this doesn’t work as well as it should because the adult Scout—now called Jean Louise—is preachy and self-righteous. And now, there’s no one to cheer for. It is clear why Lee’s editor Tay Hohoff asked her to rework the narrative.

Lee’s original creation may have lacked the complexity of the way William Faulkner wrestled with race in his fiction, but the simplicity of the storytelling allowed Atticus’s message of racial justice to reach a broader audience. Unfortunately Watchman does not embrace that complexity either and also lacks power in its storytelling.

Lee has created two separate but unequal fictional universes. Yes, they are part of a continuum—and they also represent some kind of corruption of Atticus that we can’t forgive because he devolves rather than evolves. In Watchman, Atticus becomes part of the forces in the South that Lee wrote Mockingbird to counteract.

I am with the group that feels Go Set a Watchman should have been left in that safe deposit box in Monroeville, to be discovered and studied by scholars as an artifact after Lee’s death rather than published for millions to read. It is more compelling to see how a writer’s work evolves rather than to publish an earlier draft, no matter how well written it is. And we all know it is a sin to kill a mockingbird.