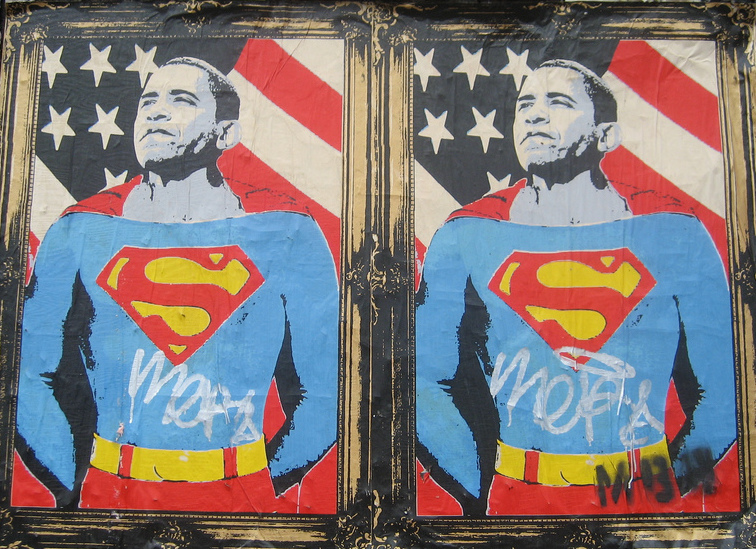 California faces a peculiar overpopulation problem: We have too many superheroes.

Missed this news in The Daily Planet? Fear not—your ignorance is understandable. California is not as closely associated with superheroes as New York City (and its fictional doppelgangers), where Superman, Spiderman, and Batman all base operations.

So it’s easy to miss the menace that hangs over the Golden State: California has become dangerously dependent on superheroes.

This peril is most obvious in Hollywood, where superhero films are now almost as common as mortgage-backed securities were in 2006. The stagnant film industry could collapse if the public gets tired of superheroes—two dozen such films, most with huge budgets, are scheduled over the next five years. One studio decided it was time to pit Superman vs. Batman in a coming 2016 thriller, the cinematic equivalent of getting a double-shot espresso, because the single shot doesn’t feel so super anymore.

But California’s problem goes beyond the cinematic glut. Superheroes—and our desire to await one to save the day—have taken over our culture, our industry, our politics, and our schools.

You can see the phenomenon in Silicon Valley, where the success of start-ups too often depends on the blessing of elite superhero investors, and where too much focus is on finding the next Mark Zuckerberg or Steve Jobs.

This Silicon Valley and Hollywood thinking has bled into our civic life. Non-profit advocacy interests nearly all seek a superhero celebrity spokesperson and funder. We’re suckers for prizes and stories that identify superhero teachers. And our politics are now driven more by individual superheroes than coherent political parties or associations.

This hunger for superheroes, particularly in business, reflects a deepening concern about the slowing pace of innovation.

We chose our last two governors on superhero logic; Arnold Schwarzenegger was supposed to transfer his cinematic superpowers to Sacramento, and Jerry Brown (himself a sequel) was sold to us as a superhero wizard (some bloggers call him Gandalf, like the Lord of the Rings character) capable of conjuring a way through the state’s thorny budget and governance messes. Any ambitious change in California now requires expensive ballot initiatives, which creates a need for other superheroes (or supervillains, depending on your politics) like Tom Steyer, Charles Munger Jr., or the Koch Brothers to provide the cash to lift very heavy things. Our political reforms, like the redistricting commission or the “top two” election system (an open primary where the top two finishers advance), were based on the theory that they would create more superhero moderate politicians who could magically deliver us from the perils of political polarization.

I confess to being extra sensitive to superhero-centrism, as the father of three boys under the age of 7. I’ve learned the hard way that superhero culture is not just for afterschool or weekends. This month, my 6-year-old’s summer camp and my 4-year-old’s preschool both had superhero weeks. The latter produced a brand new superhero for California’s pantheon: Super King, who shoots fire and ice, fights “bad kings” (presumably monarchs who don’t defer to elected officials in parliamentary systems), and won’t clean up his room after his adventures (even when I threaten to withhold Super King’s dessert).

Why do superheroes have such a hold over us? The director of my son’s preschool, in an email to counter superhero skeptics among parents, conceded there is “an overlay of violence” related to superhero play. (I had to take a break from the column here to break up a fight between boys.) But she argued that “there is something innate in a 3- and 4-year-old that craves power,” and so the preschool “will be building on this innate need to control things by tying in superheroes to experiments with science and projects to broaden their view of the world and explore various artistic ways to channel these needs.”

You don’t have to look far in California to see that the craving for superpowers extends beyond the preschool set. Look at all the tourism to theme parks or events that celebrate superheroes. My recent trip to San Diego with a European journalistic colleague coincided with Comic-Con; I’ve never felt so safe on public transit as I did on the San Diego Trolley with Batman and three ninjas. (Princess Leia, sitting next to us, graciously briefed my foreign friend on the economic and cultural impact of the massive comics convention.)

And, walking around downtown San Mateo earlier this year, I came across Draper University of Heroes in an old hotel. A residential program to train entrepreneurial superheroes, Draper University is led by venture capitalist Tim Draper, best known for his plan to divide California into six states.

The theory is that people must think of themselves as superheroes in order to take bold risks as entrepreneurs. Students at Draper University accumulate points for heroic acts and “spectacular failures,” and take a Superhero Pledge that includes an Evangelism Clause (“I will help prepare the next generation of Superheroes”) and the Superhero Clause (“I will accept the lifelong obligation to hone my Superhero powers, and apply those Superhero powers to the good of the universes”—and yes, universes is plural).

This hunger for superheroes, particularly in business, reflects a deepening concern about the slowing pace of innovation. Why are our companies giving us more and more texting apps instead of big new technologies?

Perhaps that’s why we’re drawn to Elon Musk, the Space X founder and Tesla CEO, who is seeking superheroic advances in space flight, electric cars, and batteries. Musk, although often mentioned as an inspiration for Robert Downey Jr.’s portrayal of Iron Man, is no superhero, as Ashlee Vance’s bestselling new biography makes clear. Musk is merely a gifted leader of teams of engineers determined to make new things.

In Vance’s account, Musk’s companies often get into trouble (and lose key employees) because of resentments bred by two forms of superheroism: Musk’s unreasonable demands for superhero-level devotion to work, and his need to be portrayed in the media as a superhero deserving all credit.

That’s just part of the trouble with superheroes. Our dependence on them is also a form of delay and distraction. Superheroes are fantasy shortcuts, ways of avoiding the inconvenient truth that progress, in any realm, requires bringing many different people together behind a common goal.

Our devotion to superheroes is understandable, given our collective sense of powerlessness in an age of political gridlock and economic inequality. But superheroes are bound to disappoint and add to our frustration. And superhero dependency feels like desperation. It’s instructive that “Superhero”—the hit from L.A. rock band Jane’s Addiction that became the theme song of TV’s Entourage—is really an expression of desperate, unrequited love.

So be a superhero if you wanna. But do it someplace else.