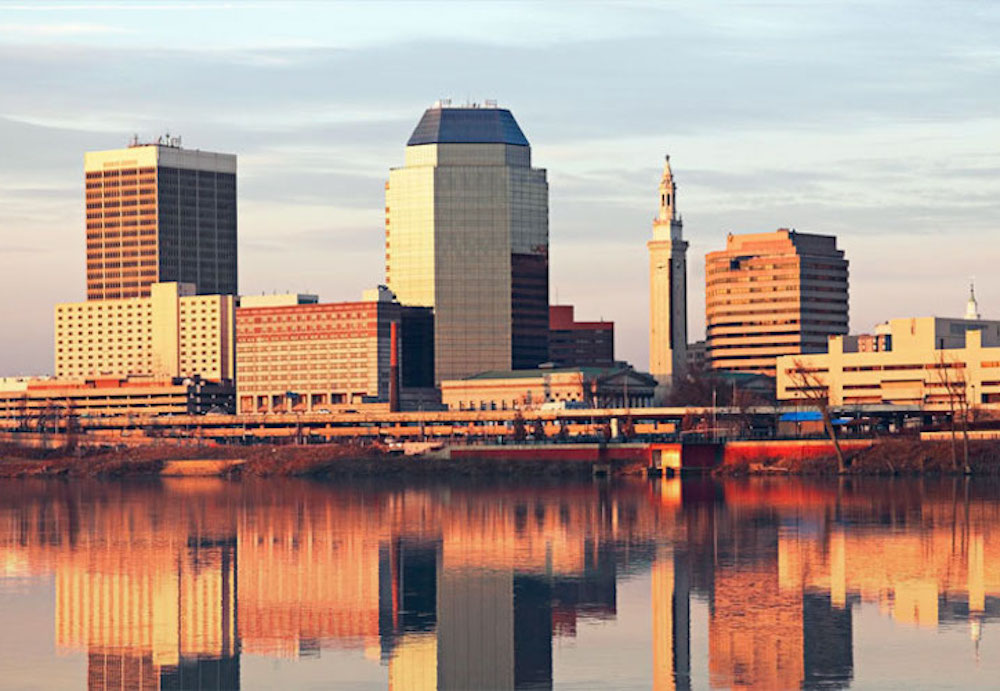 According to official records, more than 150,000 people live in the city of Springfield, Massachusetts, but during a recent research trip there I didn’t see many of them. The downtown streets were almost deserted. It seemed as if every other store had closed down, and those that hadn’t had signs in their windows that read: “No hoodies, no loitering.” I kept glancing over my shoulder as I walked to the archives at the city museum, worried about who might be creeping up behind me. Perhaps I just sensed the presence of ghosts from a distant colonial past.

It was startling to see what had become of the town built by ambitious English settlers in the 17th century upon Native American land. They came with the idea that they’d create a model society, but of course, pettiness and plots have a way of appearing wherever humans put down roots. What happened in Springfield shows us how the clash of the real and ideal has created a particularly dogged and pragmatic American character. At its foundation, Springfield was the frontier, and the frontier spirit, usually associated with the “push west” in the 19th century, began here.

My working life as a historian has been devoted to understanding what made 17th-century English people tick, and recently I’ve been thinking about the new lives that 350,000 of them made for themselves in America. At first, they went to Virginia, but the 1630s saw a huge wave of migration to Massachusetts. William Pynchon was one of the original members of the Massachusetts Bay Company, which believed that England had lost its way in politics and religion, but could be guided back to righteousness by example rather than by precept. Pynchon helped to build Boston—the place the company’s first governor, John Winthrop, called “a city on a hill,” a beacon of religious truth and order to light up the Christian world.

It was a noble dream, but of course things didn’t quite work out the way Winthrop and Pynchon had hoped. Colonists were soon living on top of one another in Boston, and there was no agreement about what liberty was. The elders laid down the law, and dissent was punished. Within a few years, thousands had migrated back across the Atlantic to the green and pleasant country they had never ceased to think of as home. Many of those who stayed, moved from the Boston region to the Connecticut River Valley, hoping to carve out a slice of the lucrative trade in beaver pelts that supplied the Old World with felt for making hats. 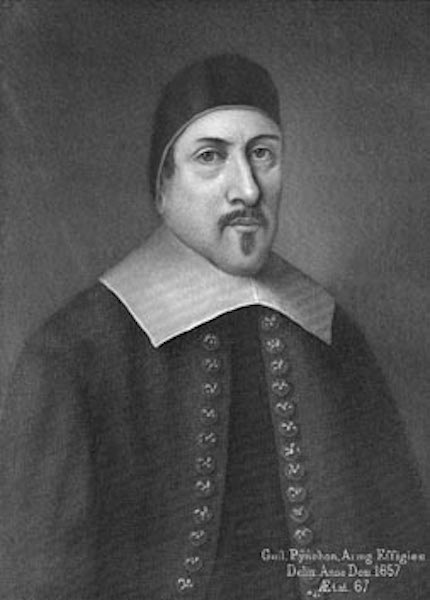 In 1636, William Pynchon led seven other colonists to a place known as Agawam, soon to be renamed Springfield after the English village where Pynchon had grown up. They drew up a list of ideals and rules by which to live as a community, and bought land for 50 families, much of it marshy or forested, from the Native Americans who lived there. This they divided it into homelots, woodlots, planting grounds, and meadows, divided by a thoroughfare cut through the trees—it survives as Springfield’s Main Street today, though it’s about six feet higher. Then they began the long and painful work of building houses and fences, delving the soil, and nurturing livestock. This hopeful approximation of an English village looked the part, more or less, but didn’t function like its archetype until a decade later, by which time it had managed to attract sufficient families, crafts, and trades for a satisfactory division of labor and a sort of economic self-sufficiency.

By the mid-1640s, Springfield had a meetinghouse and a minister, well-stocked planting grounds, a mill for grinding corn, and regular (if wary) trade relations with local Indians and neighboring English towns downriver. But it wasn’t heaven on earth. From deeds and letters, and the scribbled pages of court records and account books, quarrelling voices and angry faces, plans and plots, deals and disputes were evident—it would have made for great reality TV. People were acquisitive, worked hard, and were often at loggerheads with each other, however hard law officers labored to keep the peace. In some years crops failed due to drought or disease, and Pynchon had to make sure everyone was fed and that his settlement would survive.

Pynchon was the town’s principal inhabitant—its chief landlord, trader, quartermaster, banker, representative, and magistrate. But he was no stock frontiersman like Davy Crockett or Natty Bumppo. Rather, he was a middle-aged provincial churchwarden, a puritan moralist, and an amateur theologian. In his mind, and in the heart of his fledgling community, God and Mammon co-existed, piety with the lust for prosperity. His business enterprises—exporting beaver and importing everything from axes to eyeglasses—were staggeringly daring and fruitful. He was respected and feared by Englishman and Indian alike.

Over time, Pynchon himself fell out with just about everyone—fellow Englishmen (especially his Connecticut neighbors), Indians, Dutchmen, and in the end the Massachusetts Bay elders who accused him of heresy, no less. A book he wrote, which cast doubt on Christ’s divinity, was publicly burned on Boston Common. Soon after an awkward court appearance in 1651, Pynchon returned to England, leaving his son John to run the family empire in America. The shockwave through Springfield’s spiritual life did not end here. There were also witchcraft trials, prefiguring in a small way the tragedy of Salem, Massachusetts, 40 years later. In a sign of how delicate the social fabric could be, Hugh and Mary Parsons, the town’s brickmaker and his wife, were not only accused by their neighbors, but even accused each other.

In Springfield, pious English people were forced—against their expectations—to adapt to the wilderness and to adopt native ways in dress, food, building, and fighting, even as they struggled to “civilize” the Indians with their way of life. The devil, who in English eyes had so possessed the Indians, seemed to have possessed many colonists as well.

At the same time, these men and women made a world that survived and grew, albeit in ways they could neither have predicted or wanted. So many pioneers of white America’s first century went to their graves disappointed, rueful about the events of their lives, fearful of a future where New England might be punished for failing to live up to God’s designs. And yet by any standards other than their own, they had been spectacularly successful, even if this meant behaving ruthlessly towards their enemies and amongst themselves.

William Pynchon makes for a complex, often troubling hero. But from his contradictions, greatness sprang: The city he built thrived in trade and industry, culture and civic virtue, well into the 20th century. It was the originator of the game of basketball, vulcanized rubber, and the Merriam-Webster dictionary. It was the hometown of the children’s writer Theodor Geisel, a.k.a. Dr. Seuss, whose book Oh, The Places You’ll Go! would have made Pynchon proud in its encouragement to leave the safety of home to venture into the unknown. And those 17th-century adventurers would have also appreciated Seuss’ enthusiasm: “And will you succeed? Yes! Yes, you will indeed (98 3/4 percent guaranteed).” Pynchon’s chances of creating a new town had been nothing like as good, and yet, remarkably, he did it anyway.

In recent years, Springfield has struggled—never recovering from the 1968 closure of the U.S. Armory where the famous Springfield rifles were manufactured. Nowadays, crime, drugs, and unemployment blight the city, and civic leaders believe the plan to build a colossal super-casino that will swallow up several blocks is the city’s best hope for getting back on its feet. Springfield will survive, of course, just as it did in the early 1640s when things seemed infinitely more perilous. Hope and hard work guide the American soul, and however transformed modern Springfield is from the fledgling settlement of Agawam, these virtues were at least something that William Pynchon would have recognized immediately.