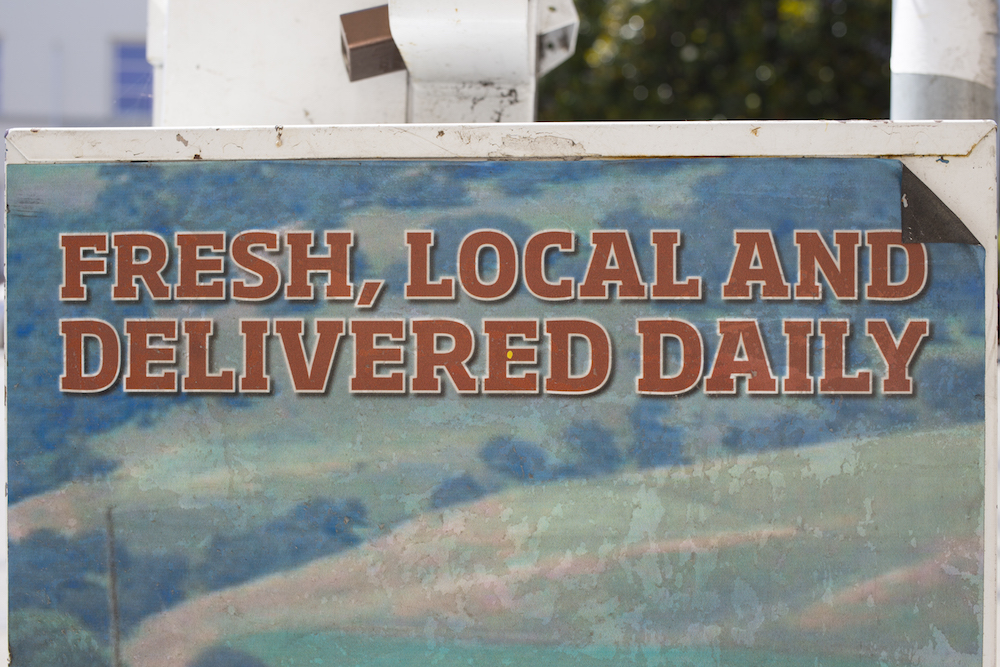 Every few years, Salinas grabs national media headlines for the wrong reasons: Police killings of criminal suspects caught on camera. Or maybe a sensational courtroom drama like that of our local convicted murderer Jodi Arias. Each story draws the major corporate media outlets to town, eager to shoehorn some reference to Salinas native John Steinbeck into the narrative.

Maybe we look like a real-life version of a tawdry reality TV show to them.

It wasn’t always like this. I’ve covered the town for more than 20 years, largely as a features writer and columnist. I also served time as an education and city reporter for two local publications, The Monterey County Herald and the Salinas Californian. Other local media outlets covering the town include the Monterey County Weekly, the NBC/ABC affiliate KSBW-TV, CBS affiliate KION-TV, and Univision affiliate KSMS-TV.

Once upon a time the juiciest national story about Salinas might have involved an E. coli outbreak linked to one of our produce giants. The town has changed, as violent crime reports in town have fed the media’s appetite for sensational headlines.

Salinas calls itself the Salad Bowl of the World, which sounds like a healthy thing, but our multibillion-dollar lettuce economy is complicated—maybe more complicated than outsiders care to understand—and our struggles are a window into California’s future.

As Silicon Valley is to software, Salinas is to lettuce: We didn’t invent the salad bar, but we introduced the world to bagged salad. We are the model for modern agricultural technology and production. There’s a 90 percent chance that bagged salad you bought for dinner was produced here. But the innovations in lettuce growing, packing, and shipping that brings you a “healthy” meal also includes a lot of unseen hands. And these hands belong mostly to Mexican migrants who make up about 34 percent of our town’s population, according to recent U.S. Census Bureau data.

What do you think happens when one of California’s richest industries conducts business in, and culls its workforce from, a highly concentrated immigrant community? You get changes of the kind that aren’t sensational—and thus are underreported if they are reported at all: the ripple effects in a community of low academic achievement numbers among English language learner students. Or the problems caused by overcrowding and high population density in certain parts of town. Or stories that get reported as something other than what they really are.

For instance, Forbes recently named Salinas the second-least-educated city in America. Media outlets latched onto the story and the study it was based on, and repurposed them as a list of the dumbest towns in the country. Among several indicators, the list factored in the number of available jobs that require a college education.

But really, how unexpected is this? When so much of your workforce is devoted to manual labor, you can bet that there won’t be a load of workers sitting on college diplomas.

When I read those lists, I saw them as a grand insult to the delicate skill and craft of our local farm laborers.

The idea that Salinas is a dumb town is pretty inaccurate. Harvesting produce doesn’t require an advanced degree, but it’s no job for dummies. Have you ever attempted to pick a strawberry field? I haven’t, but I understand from growing up here the careful technique required not only to pick the produce gently, but also to do it at a rapid fire pace. Our farm workers move fast and efficiently. You have to be smart and know the land to be successful in the fields. Forbes didn’t have the time or just didn’t bother to report that any of this context.

Ironically, Forbes did have time to host an agriculture technology summit in town recently. Billed as “Reinventing America: The AgTech Summit,” the conference brought together Silicon Valley and Global Ag leaders, many based here in the Salad Bowl, for breakout sessions on the booming AgTech industry. It was an invitation-only event. I mention that because it shows the contrasting sides of this town’s image. We are uneducated enough to make top 10 lists, but somehow industrially sophisticated enough to host big business think tank sessions.

In this dichotomy and others, Salinas may provide a window into the future of this state. We are a rural community steeped in Old West tradition (we host the biggest and oldest rodeo in the state). At the same time, the town is changing, with its economic and cultural divide widening by the year. And Salinas, according to a recent study, was one of the most segregated cities in the nation. For that study, professors at Brown and Florida State University created a dissimilarity index that identifies the percentage of one group that would have to move into a different neighborhood to eliminate segregation; Salinas had a 60.9 percent white-Latino dissimilarity rate, the 21st highest number in the country. Combine our modern social challenges with our old-school agricultural labor practices and our recent emergence as a Silicon Valley bedroom community, and you have a town that offers a bit of everything that people relate to the California experience—sunshine, soil, and sync. 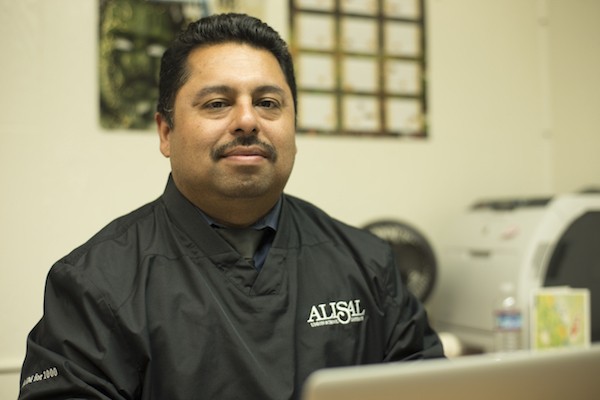 That’s part of what makes covering news in Salinas a tough gig. Everything is sneaky complex. The gang violence that generates so many local headlines isn’t the result of a reckless immigrant population, as Donald Trump would have you believe. It’s a condition that grew out of many decades of cultivating an impoverished and underserved migrant community. Yes, Salinas has poverty, but it’s also a place where rents are so high that sometimes two or three families must pack into a single apartment unit to afford a place to live and survive. During the harvest, these families can work 10-to-12-hour shifts, six days a week to provide for their children. Those children in turn sometimes suffer from the unintentional neglect of busy working parents. This makes them vulnerable to the streets.

Local media does what it can to tell these stories. Investigative journalist Julia Reynolds recently published the book Blood in the Fields: 10 Years inside California’s Nuestra Familia Gang, that analyzed the emergence of one of the most sophisticated criminal organizations in the U.S. It also shed light on efforts from community members and law enforcement in the fight to curb gang violence.

But for the most part, gang violence is something that is understood only on the surface by locals, and is never portrayed with any complexity by national media. And that leads to a lot of misunderstanding about the town’s image and identity. Largely, that this town is unsafe and people are in danger of violence on every corner.

It’s tough to recover from the blow of bad media coverage every few years. (It’s certainly not good for economic development). This town is still learning how to adapt to reputational blows. People do their best to shrug it off and carry on.

I like to keep it positive and remind my neighbors about something John Steinbeck said late in his life, right before he decided he wanted to be buried in his hometown.

“Not everyone has the good fortune to be born in Salinas.”