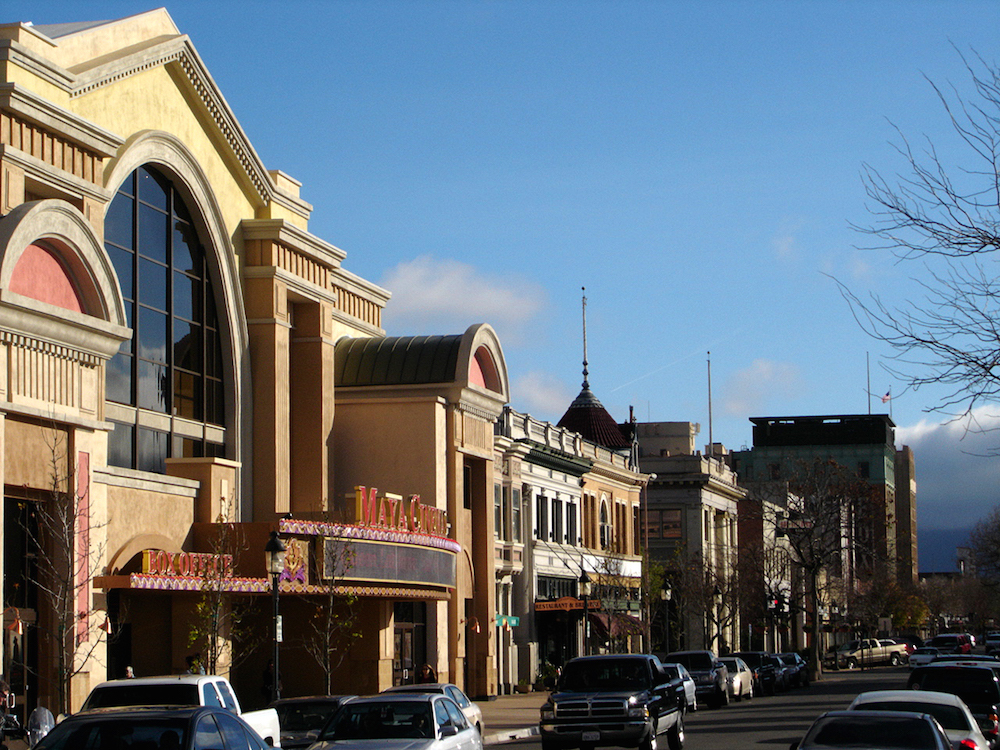 Growing up sucks. Our teenage years are traumatizing. Our growing bodies ache, our maturing minds battle with themselves to figure out what kind of adult we will be. And sometimes we feel like we cannot find our place in the world.

If Salinas were a person, it would be a 17 year old.

Growing, angry, and confused, but also full of energy and potential.

When I was born, in the late 80s, Salinas had a population of just under 100,000 people. Not necessarily Mayberry, but still small enough that it felt like you knew everyone in town and they knew all your business. Now, about 30 years later, the city has a population of 155,000, and every day you see more signs that you now live in a modern, mid-sized American city.

Restaurants and bars are closing later. Some of the agriculture businesses that dominate the area are moving to new office buildings downtown. And just about all hours of the day you can hear the “hustle and bustle” of city life.

But in some places, notably city hall, people carry on as if this were still a small, dusty farm town. One of the living fossils of Salinas’ smaller past is our part-time city council.
A part-time city council means the council-members must maintain other jobs to support themselves. Running a city the size of Salinas is a difficult task, and it ought to be a full-time job, especially at such a critical juncture in the city’s history.

There is just so much here that goes undone. Companies are more mobile than ever, and cities must sell themselves harder than ever to business, but Salinas isn’t pursuing a strategy to sell companies on the city. And with one city council member for every 25,000-plus residents, services are lacking.

One 18-block neighborhood in the middle of the city, Chinatown, is the most glaring example of neglect. Historically Chinatown was home to much of Salinas’ Chinese population, and later, many Japanese-Americans and Filipino-Americans. But as people grew up, they moved out of the neighborhood and never returned. During the ’80s and ’90s, seedy bars and nightclubs moved in, with the patrons being mostly soldiers from nearby Fort Ord. When the base was closed in 1994, the soldiers went with it. To use a quote from another Salinas native, Chinatown became home to mostly “no-goods and blots-on-the-town and bums.”

Now the problem in Chinatown is a humanitarian crisis. When the recession hit, the population of Chinatown went up, but the people did not move into hip new apartments. They moved into tents set up on empty lots. They moved under tarps attached to the chain-link fence that separate the train tracks from the neighborhood. They moved into RVs that became permanent landmarks on Lake and Soledad Streets.

The city’s weak response to this reality consists mostly of quarterly “sanitary cleanups,” where city employees with front loaders and dump trucks throw out anything on the street or sidewalk. Such cleanups aren’t humane and do nothing to solve the problem. And Chinatown is representative of how Salinas struggles to address and prioritize its urban problems.

Salinas is not all doom and gloom, though. There’s the good side of being a teenager, full of energy and potential. Salinas neighborhoods and parks are full of activity and culture and young people—and, one of my favorite things, great soccer.

Salinas has a history of producing soccer talent, and the consensus here is that the group of kids playing right now in city leagues and high schools might be the best ever. And this isn’t a secret in soccer circles all over Northern California; they know we’re good. But this begs a question: Why hasn’t Salinas created a dominant youth soccer team that sends kids to college year after year?

The answer lies in our small-town politics. It’s frustrating. While it’s next to impossible to find a patch of grass without soccer being played on it during weekends, most of those games are completely independent of each other. There are several separate, competing leagues in the city, and they’re not good about collaborating. Some have well-run operations and good affiliations with the American soccer pyramid. Others have a more “laissez-faire” attitude about their league. The result of all this soccer confusion: talent that could be used to secure a good education gets lost here—and ultimately stuck in the parks and empty lots of Salinas.

The situation got so bad for the largest league in the city that parents recently held a meeting without the leaders of the league to discuss the mismanagement that has hurt the development of these young athletes. Parents on the east side of town are now working together as one unit.

The good news is that there are signs of maturity and change, at least in soccer. A group of dedicated people is working to bring the disparate elements of Salinas soccer together. And we’re seeing more excellence on the field. In 2014, the junior college, Hartnell College, won the state soccer championship. The number one ranked under-19 team in the nation, FC Lightning, also calls Salinas home. One of the high schools, Alisal, is ranked in the top 10 nationally.

The head coach at Alisal, Mark Cisneros, has been particularly adept at engaging parents in their children’s development on the soccer field and in the classroom. Cisneros says that after taking the head coaching job at Alisal, he quickly realized he knew very little of his players parents. Were they aware of their children’s talent? Did they have the ability to give their children a quiet place to do schoolwork?

So Coach Cisneros hatched a plan to meet his players’ parents: a team jersey night. First, he gathered the few parents he knew and shared his plan for putting together a dinner with the whole team and every parent. He would announce that he would hand out jerseys on one night, and there was only one rule: If your parents didn’t show up, you wouldn’t get a jersey. It worked, and not just for one night. The parents banded together and put on teach lunches and dinners, creating a real community and resulting in the Central Coast Section championship in 2013.

The hard thing about living with a teenager—or living in Salinas—is that sometimes you don’t know whether to like or hate the teen.

Maybe Salinas won’t turn into a well-adjusted adult. Either way, with its location one hour south of Silicon Valley, it is only a matter of time before more houses go up around town. And that will bring in new people that expect a certain kind of lifestyle in a city. And that will increase pressure on city officials to run Salinas more efficiently—and maybe even full-time.

That is a great advantage of Salinas. Unlike other California coastal places, it wasn’t founded centuries ago. Most of the land of Salinas is drained swamp. Since we’re young, we may be a little loud and obnoxious, and very few of us have fancy degrees from other cities. But we are here, and we are becoming more of a city every day. To borrow what John Steinbeck believed should be the town motto—Salinas is!