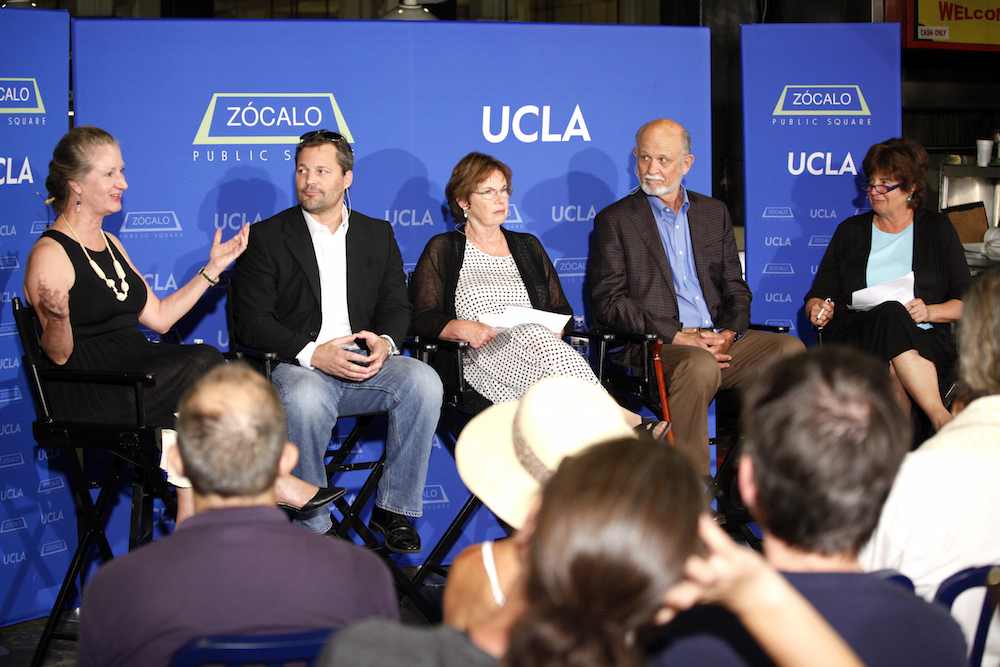 As their state continues to crawl through an extended period of drought, Californians are increasingly coming to terms with the fact that the water shortage isn’t ending anytime soon—and looking for new ways to combat it. From simple technology like at-home meters that track a household’s minute-by-minute water usage, to grand plans like William Shatner’s famous proposal for a pipeline to carry the precious resource from water-wealthy Seattle to the parched Golden State, innovators, entrepreneurs, scientists, and politicians are coming up with ways to ensure California doesn’t dry up.

What works? What doesn’t? What policies need to be put in place to encourage change, and what can everyday Californians do to help?

At a “Thinking L.A.” event co-presented by UCLA, four panelists took a broad look at the state of water technology in California, and discussed both the importance and difficulty of implementing desalination plants, water-recycling facilities, and other tools to help California make better use of its scarce water resources. Margot Roosevelt, an economy reporter at the Orange County Register, moderated the conversation in front of a standing-room-only crowd in downtown L.A.’s Grand Central Market.

Roosevelt began by asking which technologies are most effective, and the panelists agreed the issue of drought was too complicated to merit any single technological solution—if technology is the ultimate answer at all.

“Technology is important, but it’s not a silver bullet,” said Celeste Cantú, the general manager of the Santa Ana Watershed Project Authority. She argued that a “silver buckshot” approach is more appropriate. “We basically need ‘all of the above.’ Our relationship with water—how we use it, where we use it, how we landscape—is the biggest thing.”

Madelyn Glickfeld, assistant director of UCLA’s Institute of the Environment and Sustainability, agreed, and pointed to water pricing as a major factor in dictating some of this use. “The technologies that are most promising are smart technologies—technologies that use smart sensors to help people know how much water they’re using. This helps change behavior.” For farmers, she added, sensors “tell them when they need water and how much water they need.”

Like the other panelists, R. Rhodes Trussell, chairman of Trussell Technologies, was optimistic about the range of technological solutions already available, as well as the rate of innovation. The problem isn’t coming up with technology, he argued, but finding the right ways—and the motivation—to implement it. With a population that grew to surpass the water infrastructure built for it decades ago, California, like the rest of America, is far from perfect in its water use. The wastewater that California discharges into the ocean could account on its own for nearly a third of the state’s municipal water use, he pointed out. But it takes scarcity to prompt innovation. “We’re lucky to have the drought,” he said.

One of the biggest obstacles to recovering much of the water that’s wasted, Roosevelt said, is stigma: the misperception that dirty water can’t or shouldn’t be reused because it’s unhealthy, or simply gross. She brought up the buzz phrase “toilet to tap,” which is thrown around in the media but hated by experts because of the image it conjures.

“The fact of the matter is the amount of water we have on this earth is the exact same amount we’ve always had,” Cantú said. “We’re constantly recycling water. We’re still drinking dinosaur pee out of the bubbling brook.”

She recommended a better buzz phrase: H2O in, H2O out. “We have to come to terms with that reality,” she said.

In terms of technology, our ability to recycle water is already extremely advanced, said Eric Hoek, a UCLA professor and the CEO of Water Planet, a manufacturer of water purification and separation products. “I can take any quality of water and turn it into any other quality of water,” he explained. “The technology is there. It has been there for 20 years. The question is how much you’re willing to pay.”

He added, “Reusing water should be completely uncontroversial. The reality is it’s much safer to intelligently implement technology [that safely recycles water] than to put water back out in the environment and pray that nature magically cleans it up.”

In a lively question-and-answer session, the panelists delved into the specifics of other technologies that could help to manage and conserve water, from apps that award users with badges when they conserve water to better use of facilities that store water until it’s needed. Hoek mentioned that the city of Santa Monica is building an underground storage reservoir that captures rainfall runoff and then passes the water through a treatment facility, so that it comes out at an extremely high quality.

“There’s a big shift taking place in awareness among the people who are building this sort of infrastructure,” Trussell observed. “I think we’re going to see this more and more.”

In the end, the panel came down hard on Shatner’s pipeline dream and other proposed comprehensive solutions that have cropped up in recent years, including the idea to tow a giant iceberg from Alaska to the Bay Area.

“It’s this American myth that we all have this great solution that can overcome our environment,” Glickfeld said. Instead, she and the other panelists argued, we’re better off looking at the problem from multiple angles, and using as many different tools as possible to deal with the drought. 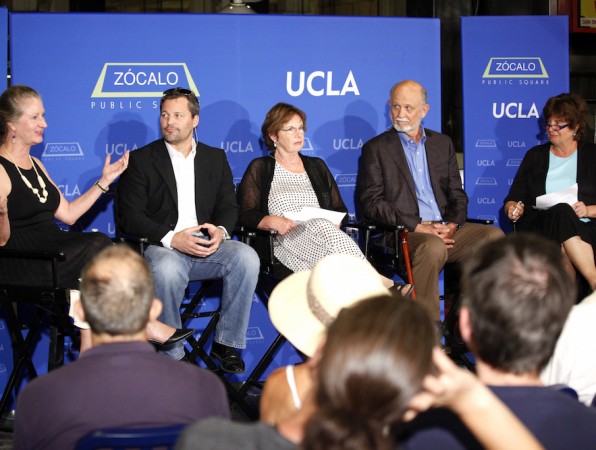 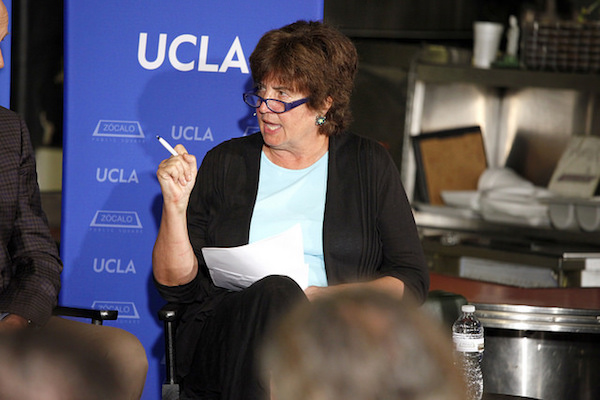 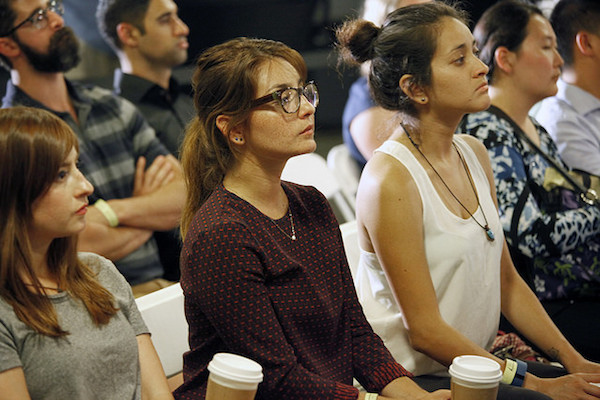 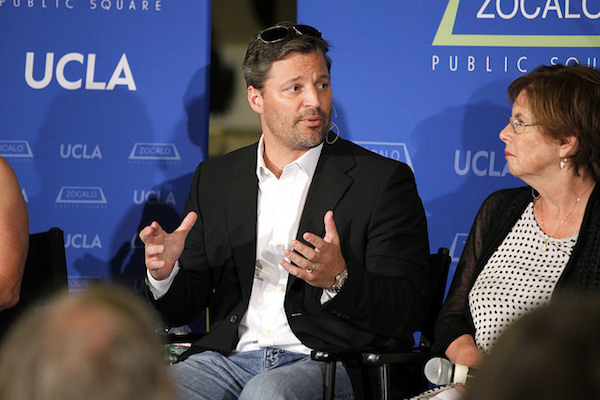 Panelists Eric Hoek, UCLA professor and CEO of Water Planet, and Madelyn Glickfeld of the UCLA Institute of the Environment and Sustainability 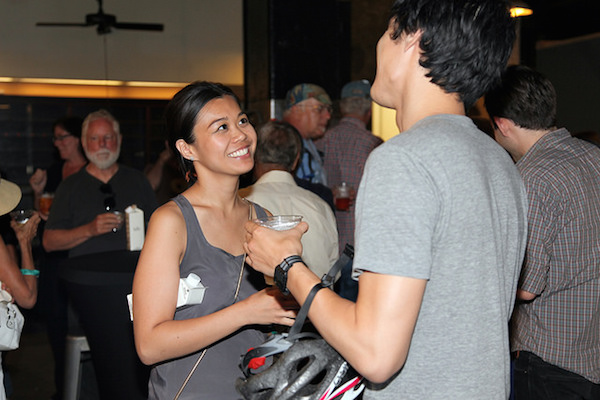 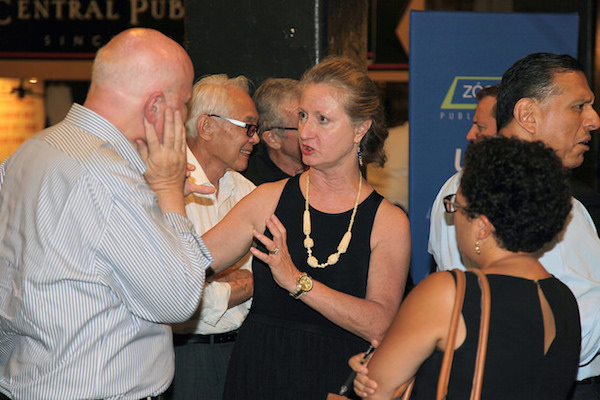