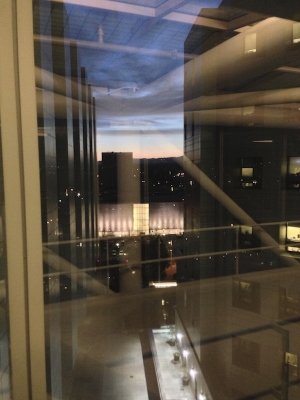 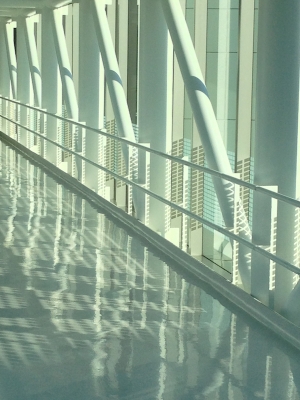 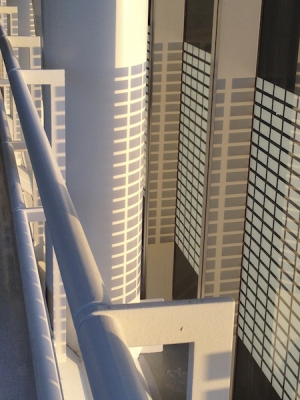 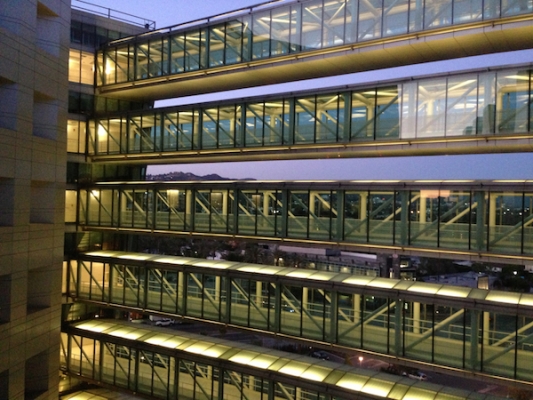 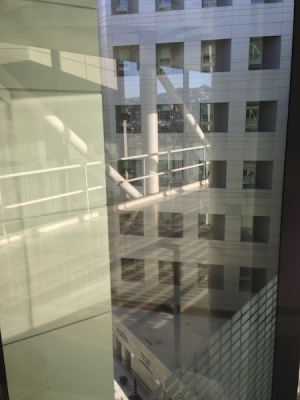 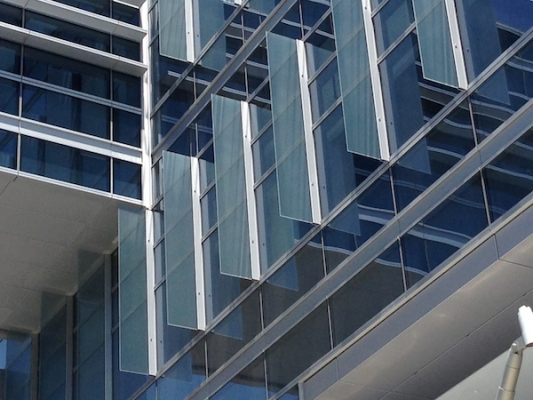 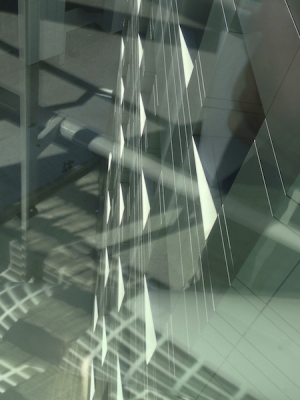 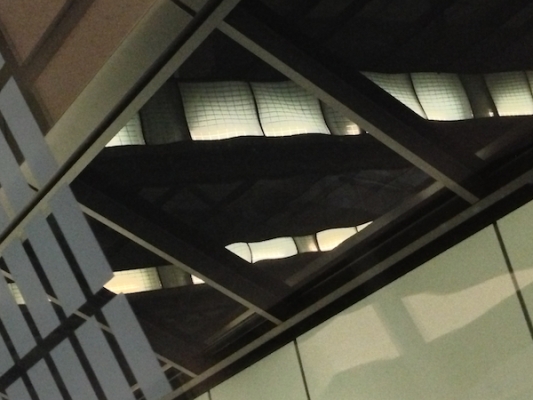 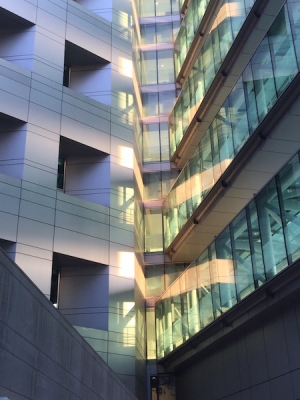 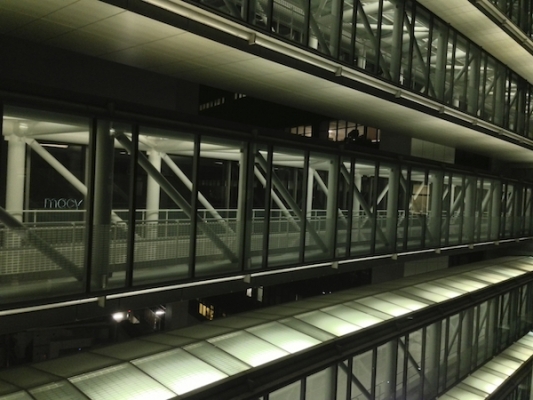 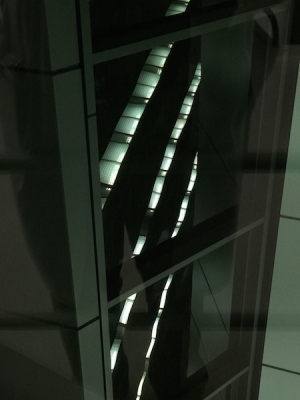 Dr. Roger Lerner has taken thousands of photographs of buildings. Through the lens of his camera, structures made of steel, glass, and concrete are transformed into studies of line, shape, and reflection. In one photo, light streams through a window to create a geometric pattern of shadows across a gleaming white floor.

Surprisingly, these lovely images were taken on the grounds of a hospital—a place not often associated with beauty or peace.

“It’s much more than 30 acres of buildings,” says Lerner of Cedars-Sinai Medical Center, where he has snapped more than 4,000 photos in the last seven years. “It’s a big old hospital with a lot of wonderful things in it.”

Those photos have now been turned into not one but two exhibitions. “Roger Lerner: Form in Light” is currently on view at the Couturier Gallery on La Brea Avenue. And you can see a collection of Lerner’s black-and-white photos of Cedars-Sinai at the Sulkin/Secant Gallery at Bergamot Station in Santa Monica.

Lerner, an endocrinologist and internal medicine doctor, first became familiar with the Cedars-Sinai campus in the late ’70s while working on a research grant. Since then, he’s spent countless hours at the hospital in the intensive care unit with post-op patients—“day and night,” and in every season.

In 2009, he first used an iPhone to take a photo of the bridge connecting the hospital’s north tower to the ICU. From that day forward, he’s been taking photos with his phone, with the goal of capturing how the interplay of light changes the appearance of a structure.

For example, in one photo the light seems to turn the concrete ICU building from grey to purple. “I was walking out of the building, turned, and looked at the sky. I thought, there is a fabulous photo. It was begging to be taken,” he says.

Lerner is currently in private practice, but has an office about 10 blocks from Cedars-Sinai. He often swings by the complex in the morning or on his lunch break to take photos.

None of the images are edited or cropped. “I want people to see what I saw—not an idealized version of what I saw,” he says.

Last year, he also wanted people who visited the hospital to see “what they’re walking by and not looking at.” At first, he had hoped to create a slideshow for projection on screens throughout the hospital—but he quickly learned the hospital only accepted work from established artists.

Instead, he worked with his longtime friend Darrel Couturier, the owner of Couturier Gallery, to whittle down his photographs to 30 color and 30 black-and-white prints. These are the photos now hanging on the walls of the two L.A. galleries.

Lerner continues to fill the moments of his workday not devoted to his patients with photography. “Most of us are in a hurry; we don’t stop to smell the roses, so to speak,” he says. “We don’t stop to look at things that are architecturally interesting.”

“Roger Lerner: Form in Light” is on view through August 22, 2015, at Couturier Gallery.