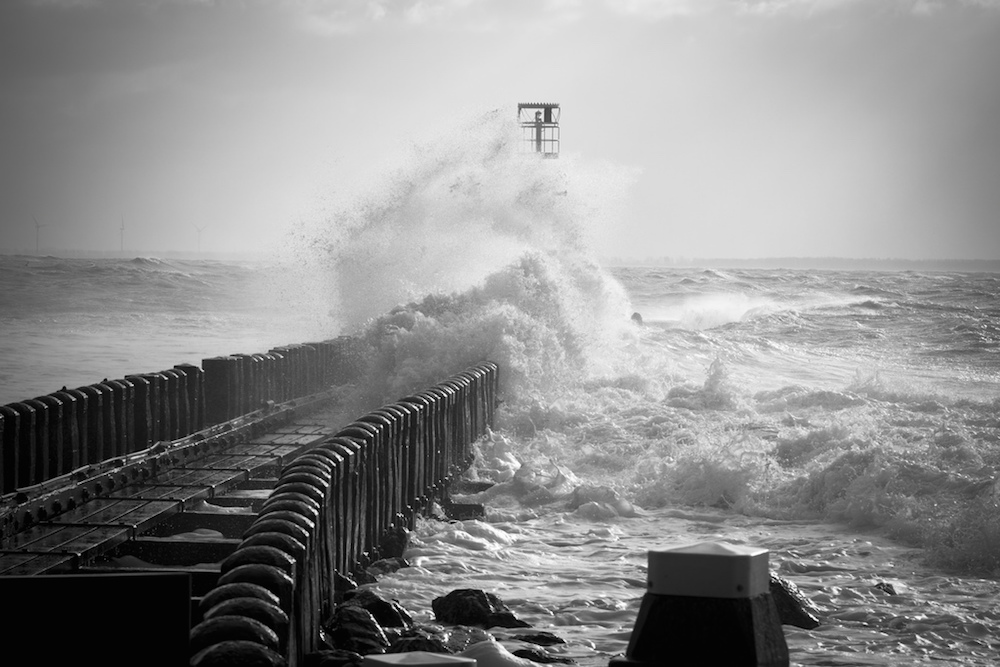 The city was in great panic, neighbors
crushing under neighbors, making a wave
of worry cresting an undercurrent
of resolve, which seemed natural because
in my dream a river marked the landscape
otherwise indistinguishable with snow
and a few pines rising, so a valley
even the city’s mayor was prepared
to walk away from, out to the boats waiting
at the docks. Her eyes pushed past mine, and I knew
the official position wasn’t planned for—
not evacuation but exodus.
I couldn’t name what was coming but felt
the truth of it like smoke announcing first
the building you see is as good as ash.
When I woke, the room was a dark wave, then
another falling, not to drive me down
but a massive body to bear me out—
a condition I could see no end to.
There was nothing inside the wave; then a line
I’d read was suspended in it: “beneath
an atmosphere as unrelenting as rock.”
I named the city Nineveh.

But it
won’t help to think of it as a city,
although that’s one way now to get your mind
around it, eight lanes and a loop to link
the extremities, a tree-lined tollway
for the privileged to escape in a hurry,
which is what it feels like, some gathering
and panicked vector, an irritation
pressing on the half-thought until it pops,
and when we imagine it for ourselves—
ice-melt, the woken virus, some sublime
rock on its immovable course—there’s still
mineshafts to hunker down in, the makeshift
oil drum flotilla. Best collect our seedlings
and geniuses. Better for us to splice
our stories into roaches who’ll survive.