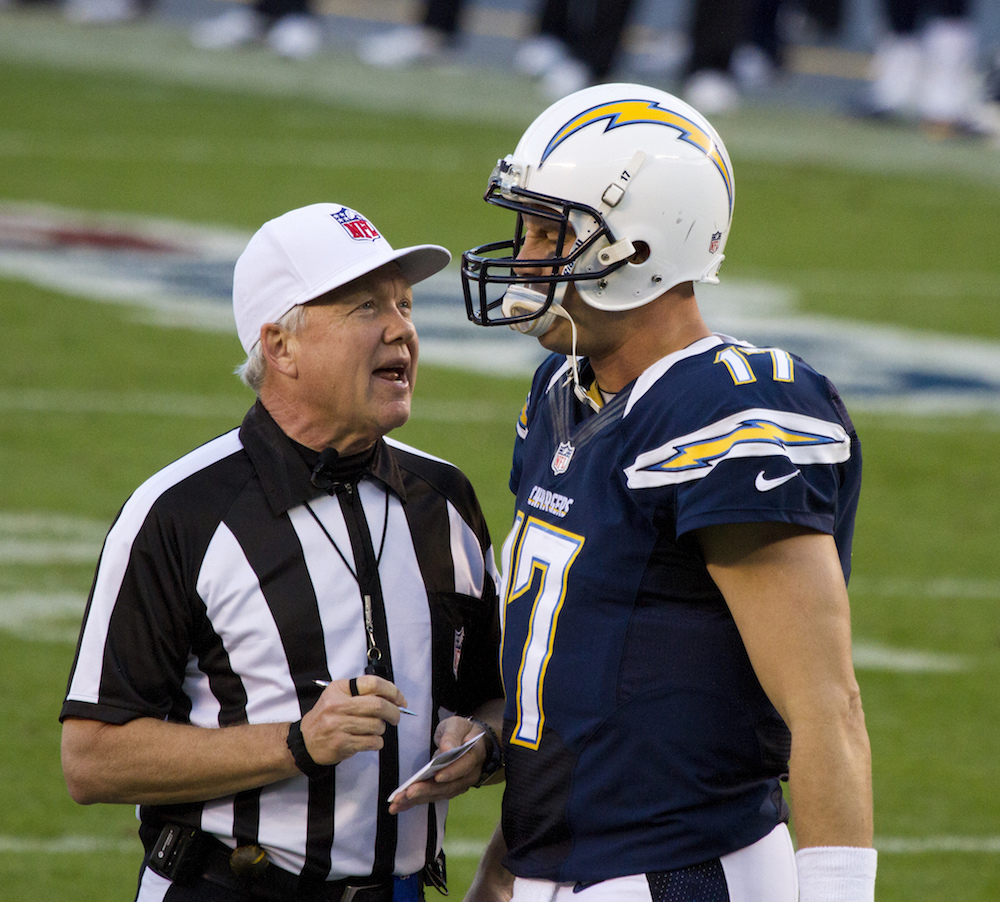 Pro football has a “California problem.”

So say some of the most powerful people in the sport. And as a new National Football League season kicks off this weekend, they are busily pursuing thoughtless solutions to the California problem that won’t be good for the state or its biggest regions.

Which makes this the right time for California to go into a hurry-up offense, and come up with our own more creative counterproposals.

First, let’s start by congratulating ourselves. The existence of a football California problem—or a “California dilemma” in the words of former 49ers executive Carmen Policy—is actually a triumph for the Golden State. While cities in the rest of the country have thrown public dollars at the NFL and its billionaire owners for stadiums and infrastructure improvements, California communities—with the prominent exception of Santa Clara, which helped the 49ers build their new Levi’s Stadium—have wisely refused to throw good money after football.

Our fiscal responsibility produced the California problem in the first place: Our biggest city, Los Angeles, has no team, and two of our three teams—the Oakland Raiders and San Diego Chargers—play in two of the league’s oldest and most rundown stadiums. Worse still, from the NFL’s perspective, Oakland shows little interest in building the Raiders a new stadium, and San Diego hasn’t been able to agree on a package generous enough to suit the Chargers.

The existence of a football California problem—or a “California dilemma” in the words of former 49ers executive Carmen Policy—is actually a triumph for the Golden State.

What to do? At this point, the NFL’s approach to this California dilemma has been to steal from two parts of the state (San Diego and Oakland) to give to another (Los Angeles). The Chargers and Raiders have put together a plan for a stadium they would share in Carson, a small city in south L.A. County. But this has created a “Los Angeles dilemma” as well, since the owner of the St. Louis Rams is well along in plans to move the team back to L.A.

All three teams think their franchises will be worth more in the nation’s second-largest city. But there has been little enthusiasm for pro football’s return in L.A., which has gotten along just fine without NFL in the 20 years since the Raiders and Rams left. The Chargers, mind you, also played in L.A., back in their first season in 1960. These bids from all our pigskin exes make us the Taylor Swift of football cities—our breakups with our teams may be awful, but we’re so attractive the teams can’t stop asking us out.

But no one has figured out how to fit one team or two teams (three teams is too many, everyone agrees) into L.A. And so the competition is on to decide which of these franchises, if any, might be informed by the league, as contestants used to be told on American Idol, “You’re going to Hollywood!” To put a Central Valley cherry on top of this very California football season, the NFL is expected to come up with its solution to the California problem about the time that the 49ers host this season’s Super Bowl in Santa Clara. (By the way, Levi’s Stadium has so many problems with traffic, parking, and the turf on the field itself that the Super Bowl could become another California problem of its own.)

News coverage surrounding the dance between L.A., the NFL, and its three restless franchises suggest this is one of the most complex puzzles of the modern age. It’s not. This big state offers all kinds of places that could host football, and plenty of options for relocating franchises that would serve the state’s interests (for a change), as well as those of the NFL.

Here’s my own plan. The Raiders don’t have to leave Northern California; they would almost certainly be welcomed in Sacramento. Our state capital is deeply insecure about its own status, and it wouldn’t be hard to convince the city fathers—who just devoted more than a quarter billion in tax dollars to an arena for basketball’s Sacramento Kings—to pony up for a stadium. Sacramento’s community of lobbyists and consultants is richer than ever and could easily afford the luxury boxes NFL teams are so eager to sell.

These bids from all our pigskin exes make us the Taylor Swift of football cities—our breakups with our teams may be awful, but we’re so attractive the teams can’t stop asking us out.

Sacramento County offers plenty of potential stadium sites, if the city itself doesn’t suit; I’d suggest developer-friendly Folsom, with plenty of open land not far from the lake and state prison, as a setting that would fit the Raiders’ outlaw image. If Sacramento balks, Fresno—whose 520,000 residents make it larger than 12 of 31 NFL cities—might love to step up to big-league status. Raiders quarterback Derek Carr was born there, and went to Fresno State.

As for the Chargers, my plan would keep them closer to their current location, moving just a few miles south—and across an international border—to Tijuana. Building a stadium on the Mexico side of the border would be far cheaper than in San Diego, and the Chargers could keep their season ticket holders and local TV audience. The NFL would also accomplish its longstanding goal of establishing a team in Mexico, where it has a huge following, and has already held pre-season games.

The name Chargers would fit Tijuana (a center of electronics manufacturing). And its shared team would give a big boost to the identity and branding of San Diego-Tijuana as a uniquely binational North American metropolis and economic hub. Already, San Diego and Tijuana are building a bridge to connect travelers from San Diego to Tijuana’s A.L. Rodriguez International Airport. If the stadium were built right on the border, the stadium could double, when games aren’t being played, as a new border crossing to reduce the often hours-long waits required of those commuting between San Diego and Tijuana.

As for the Rams, I’d be happy to see them stay in St. Louis, where there are plans for a taxpayer-funded new stadium. Studies show that a new pro sports team adds little in the way of economic activity when it moves into a town like Los Angeles; it mostly just takes away from other sports and entertainment businesses.

But if L.A. must have a team, it should be the Rams—for financial reasons. The Rams’ stadium in Inglewood would be part of a multifaceted redevelopment of a property that once housed the Hollywood Park racetrack; it would therefore be more expensive—and inject more money into our economy—than the proposed Chargers-Raiders stadium in Carson. And the Rams wouldn’t be abandoning another California region to come here.

Maybe state leaders have a better game plan. Or maybe you do? If so, we need to see it now. The season is underway, California. It’s time to strap on our helmets.