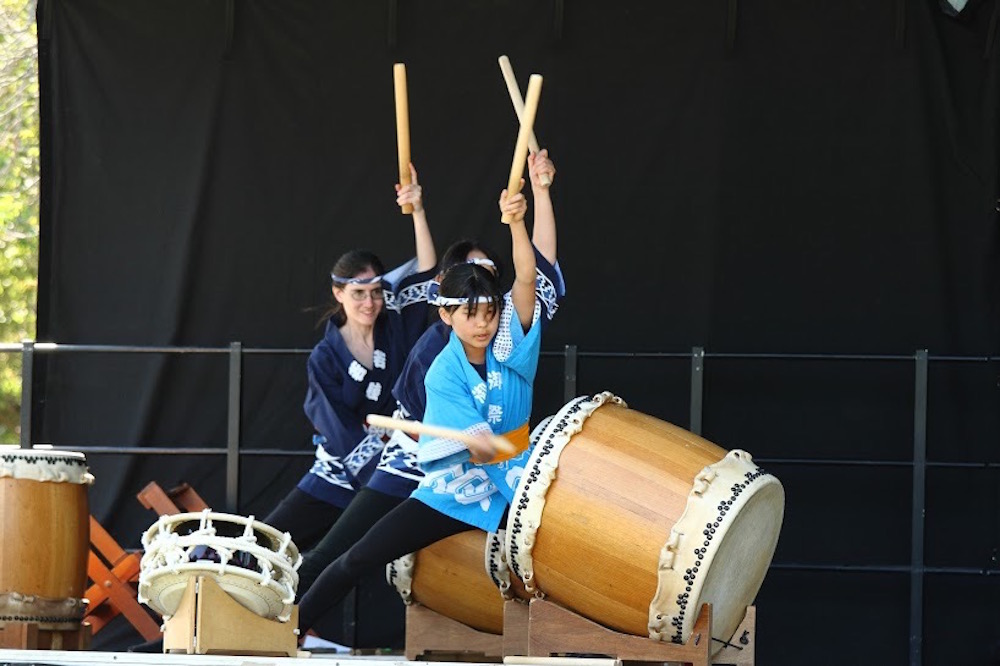 I am 13 years old, and taiko drumming is my life. Taiko are Japanese drums—big ones are the size of a Mini Cooper, and small ones are 15 inches around and very heavy. The one I usually play is about the size of a wine barrel. Unlike other drums, you can’t just hit taiko and create sounds. Instead, you have to concentrate the energy from your legs, your arms, your torso, your mind, and your emotions in order to really pull music from the big drums. If you are slacking, or never practice, or don’t have talent, or don’t care, any taiko expert can immediately tell. But when I am hitting a taiko drum, I am showing who I am and what I want to be in the future.

When I finish high school, I hope to move to Japan and join a famous taiko group called Kodo. But before I can do that I have to get through middle school and into high school. So I practice every day. Sometimes I work by myself, but I also have group practices with Sonoma County Taiko and another group called Oh-In Taiko in Richmond. Every other week I practice with a Japanese traditional dance troupe called Ensohza Minyoshu. All in all, I play taiko drums about 15 hours a week in addition to playing in my middle school’s band and jazz ensemble. I never go any length of time without practicing—even if I’m too sick to play, I listen to taiko on my iPod.

Taiko has made me powerful. Not to brag, but since I started hitting the drums, I’ve become one of the strongest kids in gym class. But I‘m also becoming powerful in a different way. When I stand with my legs wide and grounded, with my knees bent—in position to hit the drums—I feel confident and proud. I can display my emotions loudly through the drum. After they see me play, guys often say, “I don’t want to mess with you.” I like that! When I’m not playing, I’m short and young and I usually get ignored.

In school, I’m pretty goofy. I don’t talk about taiko because to me it’s serious, and the other kids don’t like to talk about serious things. They don’t understand how I love taiko or why I want to go to Kodo instead of college, and so I’ve lost many school friends.

But through taiko I’ve made friends outside of school, and many of them are adults. They all take music seriously. Taiko is a community that anyone can join—as long as you can play the drums and work with the group. My mother started playing taiko before me, and I joined the group when I was 9. Now we always go to practices together. When we perform, she is always behind or in front of me so our eyes never meet, but it is fun to poke her with my elbows.

Taiko originated in Japan, and we usually perform in Japanese clothes, but I don’t think of it as an exclusively Japanese thing; it’s really just music. I was born in the U.S., and my parents were born in Japan, so I speak both English and Japanese. But even if I didn’t speak either language I could still join a taiko group, because the music and the other musicians will help you learn what is important to understand. 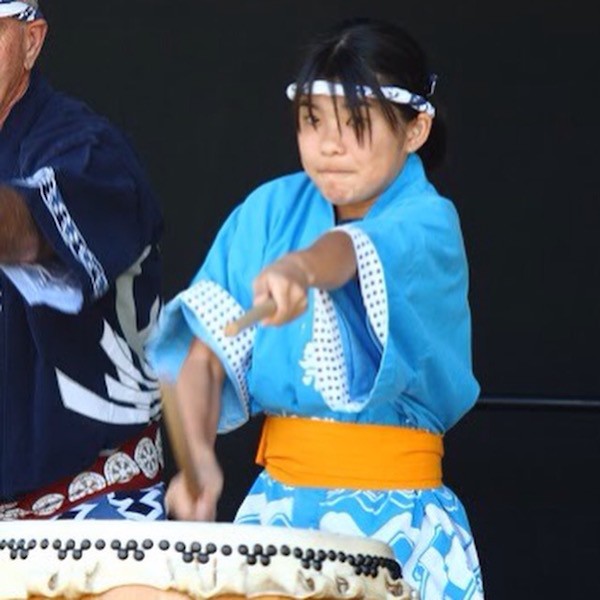 Taiko drummers are connected to each other by the beat. Before I begin, I plant my legs, grab my sticks, and say a one-syllable word to myself to focus my energy. I remind myself that I am really happy to play the taiko at this moment because no one can ever know what will happen next. Then I raise my arms very slowly and let them fall hard toward the drum.

When you hit the drum correctly, it feels as if the drum is part of you because you use your whole body, and especially your core muscles, like the tanden, an energy center below your belly button. Playing taiko is athletic—sometimes I have to play a whole song in a sit-up position—but most of it is about learning to relax. Something funny happens when I hit the drum: It’s like I’m letting go of something and hitting that “object” into the drum, and then it bounces back at me. I have to control that, or it disappears. When I hit fast, I relax. And the more I relax, the faster I can hit. My hands seem to jiggle by themselves. The moods of a taiko song can be many things: serious, tiring, happy, jumpy, or strong. Hitting the drum and feeling all of these emotions is a lot of work: Sometimes by the end of a concert it feels as if I’ve just run three miles.

Sometimes the drummers yell to give energy to the song and the soloist, and to energize the audience. It’s usually one syllable at a time: “Ha! Yo! Sei! Sa!” Some chants have more syllables, like “Sorya! Sore! Soya!” We’re encouraging the drummers to, “Go, go, go!” Or: “Keep going, don’t give up!”

The sound of these drums connects directly to people. Taiko players want our audience’s hearts to beat to the beat of the Taiko. I have seen babies and young children—and even adults—sleep through concerts despite the fact that they are incredibly loud. They wake up when the applause starts. I think they fall asleep because the taiko reminds them of being close to their mother’s heartbeat.

After every concert, I watch myself play on video. Sometimes I see myself making mistakes. Occasionally I get mad at myself and cry. Sometimes I watch it a few times and realize it wasn’t as bad as I thought. But one thing I’ve learned is that failing makes everything better. When I fail, I can learn from my mistakes. The only way to become successful is to really fail a lot.

Achieving my dream of joining Kodo, the famous taiko group that lives on the island of Sado, will be a rough road. First, you have to apply by reading a book and writing an essay. If that is good enough, you become an apprentice for two years. As an apprentice, you wake up at 4:50 a.m. Before breakfast, you run 6.2 miles and clean the dojo where you practice taiko. Then you eat breakfast. But you don’t eat it the way you normally would, with your right hand. You eat with your left hand so that when you hit the drum, the left hand is as strong the right. Some days are spent doing skits and plays at schools, playing taiko in festivals, gardening or planting rice, or practicing until 10 p.m. In the summer, it is very hot and humid, and there is no air conditioning. In the winter, there is snow and no heat when you wake up. There are no electronics and no dating, because you need to just think about drumming and the group for those two years. In the summer of 2014, only three of the apprentices went on to become members of Kodo. The Kodo members I met warned me that the two years of apprenticeship were the hardest two years of their lives. Many of them had the same dream as I did, but they started very young, at 4 or 5 years old. Most of them said they didn’t get serious until the end of middle school or high school. So if I am going to be the first foreign woman to join Kodo, I have to start now.