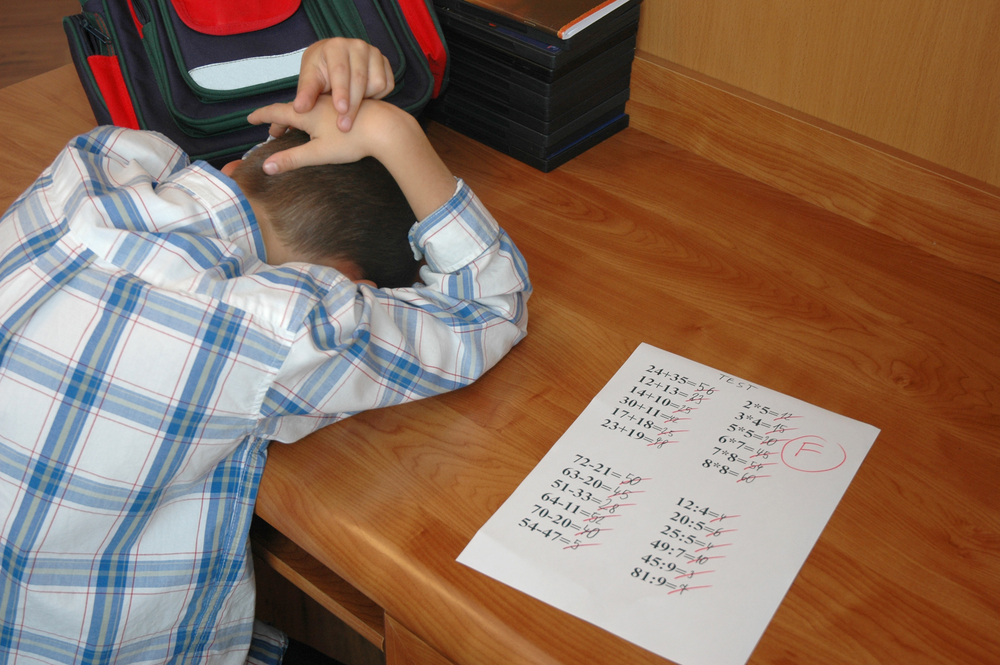 The first time my girlfriend and I fought, it was over, of all things, math. It was one of those past-midnight, early-relationship nights, when instead of sleeping, you talk about the big, impossible questions: truth and justice and so on. I told her that rather than God, I believe in infinity.

In high school, I was like most students; algebra and proofs and numbers left me uninspired. But when I wound up a math teacher—and, later, a coach for other teachers—I had to think more deeply about math. I found transcendent possibility in what others see as a dry and rule-bound discipline. Do you know there are different sizes of infinity? That there are other systems of geometry where parallel lines do meet—and that they may better describe our world?

“Mathematics is the language with which God wrote the universe,” Galileo wrote. I don’t believe in God, but to me infinity falls into the same category of intangible things. It seems not to exist, yet it must; our entire mathematical system depends on it. Which suggests to me that those other imponderables, truth and justice, might exist, too. And even if we will never reach them, we can always take one more step closer.

My girlfriend, Jess, had a hard time seeing it this way. She thought math was arbitrary—and frustrating. Though she was a straight-A student, she was also the girl who threw her pre-calculus book across the room. We follow a limit to infinity, her teacher told her. But when she asked why, he said that it’s just how math works.

Jess and I both now work to ensure other kids don’t have the same frustration—which, in a world so full of technology, coding, and data, can severely limit their options. Unfortunately, in thousands of classrooms across the country, math is still a matter of “I, We, You”: The teacher puts the procedure on the board, the students parrot it back as a class, and then they go off and slog through their worksheet. Students needn’t bother with the underlying logic. As we put it in that classic, terrible maxim: Yours is not to wonder why, just invert and multiply.

Many see this emphasis on procedure over concept as kindness. Since math is so hard, we need to ease the burden. Some people are math people, and some people are not, but everyone can follow a few simple steps.

The trouble is that the belief in “math people” is simply wrong. Recent psychological studies suggest that intelligence—including mathematical ability—is not a fixed trait. Stanford professor Jo Boaler has shown that broadening our conception of mathematics to include “problem-solving, reasoning, representing ideas in multiple forms, and question-asking” not only improves student performance, but leads to more students pursuing advanced courses in math.

Our stubborn commitment to the status quo is on display in the furor over Common Core, the controversial set of academic standards adopted by most states in 2010. One of the biggest benefits of the Common Core math standards—which, though imperfect, are far better than most of the old standards they replaced—is the way they explicitly ask teachers to focus on flexible problem-solving abilities. Students learn the logic that underlies arithmetic instead of simply slipping down algorithmic short cuts. But because such logic is unfamiliar to parents, some mock “Common Core math” as slow and clumsy—often without pausing to make sense of it themselves.

Those parents forget, perhaps, how silly and frustrating math class can be. Teaching short cuts encourages students to swallow gibberish. In a 1988 study, for example, a researcher showed 101 fourth and fifth graders nonsensical questions—just a jumble of information with no possible answer. Only one student refused to produce a numerical response; only five noticed anything amiss. This is your typical math classroom: a place where students are trained to believe that someone else has all the answers, and the best they can do is sit and follow the rules.

I myself accepted plenty of gibberish as student, including the fact that I was a math guy. At my public high school—tucked into the mostly white, upper-class suburbs of Hartford, Connecticut—I never loved the subject, but I scored high marks precisely because I didn’t bother asking those why questions. I accepted math on faith, and followed the rules, and for me they worked out. And when my grades came back as the best in the class, I liked the idea that I was born, somehow, with this magic intelligence.

After college, I joined Teach For America, and found myself teaching high school math on the Pine Ridge Reservation in South Dakota. For two years in my classroom I dutifully recited the shortcuts. Faced with blank stares and the looming deadline of high-stakes tests, it felt like the only way to go. I thought I was being nice; I wanted to make things easy. Yet in my Algebra II class—the highest level of math we offered, with the most advanced students—students averaged just over 50 percent on our end-of-year test.

It was only later, working as an instructional coach in rural Mississippi, sitting alongside bored, dejected students in math classroom after math classroom—and soon enough becoming bored and dejected myself—that I began to think that there must be a better way.

It turned out there was. A movement of upstart teachers was coalescing online, sharing through blog posts and hashtags the projects and lessons they’d developed. As Common Core was first being adopted, many of these teachers were suggesting something more radical: We need to change not just the standards, they said, but our whole paradigm of math class. Dan Meyer, for example, a former math teacher who now produces curricular resources, gained a cult following for his attempts to “be less helpful.” He liked to present his students with an interesting image or video, then ask if it raised any questions. Students would answer their questions themselves, struggling through with just hints or helpful bits of data. The idea, in part, was to stimulate intellectual need in students and to equip them with concrete scenarios, free of abstract mathematical symbols, so that they could get their hands dirty with the conceptual underpinnings of the subject.

I began to suggest that teachers I coached try such techniques. Let students talk. Let them debate. Let them explore. Let them use their hands.

I tried the techniques myself, too. Jess, who is now also an instructional coach, used to teach second grade. I would visit her classroom to tutor students like Marianna, who smiled always, but struggled with math. I’d drop 10 tokens into a paper bag, then reach in and bring six tokens back out. “How many are left?” I’d ask, and Marianna’s reply would be immediate and correct. Show her a problem like 6 + x = 10, though, and she would only stare blankly. Without interventions like this, she might have continued to stare blankly at algebraic problems even once she’d hit her high school classes.

For Jess’s students, the old way of math is particularly damaging. They are almost all black residents of a struggling, rural Mississippi town—far from America’s stereotypical “math people.” So much in our society is training them to submit, to give up. When math class does, too, why wouldn’t they listen?

According to the College Board, black students made up 14.5 percent of 2013’s graduating high school class, but only 2.9 percent of the test-takers who sat for that year’s AP Calculus BC exam. Those numbers take their toll on the workforce: As of 2011, the Census Bureau classified 71 percent of science, technology, engineering, and math workers as white, and 74 percent as male. Some of the most innovative math reform focuses on convincing disenfranchised students—like my Native American students on the Pine Ridge Reservation, and Jess’s black students in rural Mississippi—that they do belong in the math classroom, that their thoughts matter, and that they can succeed.

True equity, like infinity, may be a hard target to reach. But, as with infinity, we can get closer. Classrooms like Jess’s give me hope. After five years of my preaching, she is now even more passionate about new math pedagogy than I am.

As she began to let her students discuss their mathematical ideas, she found that her math block turned from something dreadful into her students’ favorite part of the day. When it ended, they would ask her, “Wait, we just did math?” What seemed incomprehensible was no longer the math, but this strange new sensation—math was fun. Math, even, made sense.