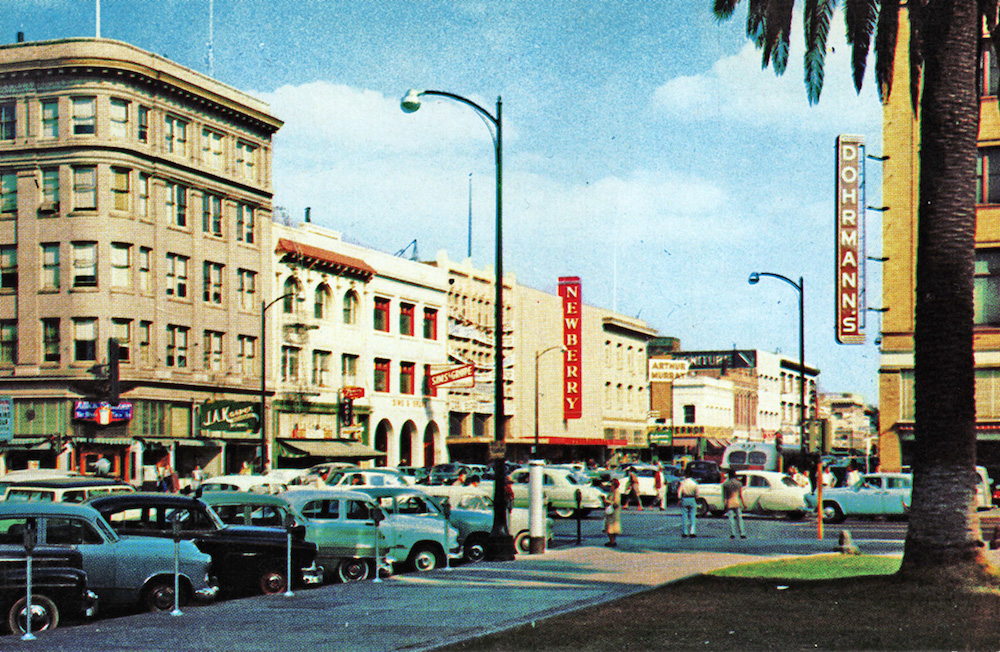 My hometown of Stockton, California, has a bad reputation, and not without reason. In 2008, we became the biggest U.S. city to declare bankruptcy (Detroit later surpassed us) and got ourselves listed by Forbes magazine as one of the top 10 most miserable cities to live in the U.S.

We also have struggles with crime, including in downtown. And despite many beautiful settings and venues there, it’s been hard to get people together in the center of the city. At 9 on many nights, downtown Stockton can feel like an empty wasteland.

I love Stockton—not only do I live here, but I grew up here and went to college here—and a few years ago, I decided I wanted to make a statement of that love. I wanted to convince people to take ownership of our city, and to change the image of downtown. So I decided to put together a musical event that would reclaim Stockton’s reputation. It’s called the Reclaim Concert.

I chose music because it’s the family business. My parents, Dumisani and Valerie Washington, who also were raised in Stockton, are the founders of a local music school called the Zion Academy of Music. My dad taught me piano, and I also studied at a conservatory in San Francisco before attending the University of Pacific here in Stockton and earning a degree in music composition.

After graduation, I thought about leaving and trying to write film scores, but I felt such a pull to stay here—in this community of musicians with whom I’d grown up—that I ended up teaching at our music school instead. Now I’m the director of the school, and lead local bands.

It was in 2012 that my business partner (and bass player and manager in my band) Alex Urbano and I decided to organize the Reclaim Concert. Soon many friendly musicians, teachers at the school, and students all stepped forward to be a part of it. A very young city councilman, Michael Tubbs, was crucial to making it happen. We wanted an accessible event, and decided to hold it at a beautiful waterfront setting, the Weber Point Event Center. It’s the perfect place for a free, outdoor concert—a huge park, with a playground that could handle thousands of people if necessary.

We had more than 600 people for the concert, with a live band (my own, called Current Personae), a 30-piece Reclaim Concert Orchestra, and some featured guest musicians from out of town, headlined by the Canadian singer-songwriter Joanna Borromeo, known for her fusion of R&B, jazz, gospel, and hip hop.

The concert took 10 months to plan and required strong volunteer work on stage management, hospitality, finances, and marketing, in addition to music. But it went so well that a year later, we organized a second concert, with artists including The Monticelli Trio (from New York-New Jersey) and Los Angeles-based vocalist Aubrey Logan. Teachers from Zion Academy were key members of the orchestra and band, and at this second concert, a few students played as well. I made a big point of getting students to be part of putting on the event in multiple ways. Young people in Stockton often can sound very negative about the town, and I’m hoping the concerts helped change their impression.

We paid for the concerts with crowdfunding and the support of many local partners, from the Greater Stockton Chamber of Commerce and the University of the Pacific to local businesses Moo Moo’s Burger Barn, Chitiva’s Salsa and Sports, and KCM Boutique.

The events got a lot of press, and they have proven to be one of several positive developments that are changing the conversation around downtown. We’re seeing more musical gatherings, festivals and other events downtown, some put on by people who were part of the Reclaim Concerts. And that’s brought new restaurants and businesses downtown.

In fact, one of the businesses moving downtown now is my own: the Zion Academy. We hope to complete the move from our site in the north part of Stockton during the winter break. We’ve had to put our plans for more Reclaim Concerts on hold until the move is completed.

But once Zion is downtown, we intend to do more outdoor concerts, and in more places. I think DeCarli Square, also in downtown and near the water, has huge potential. It’s a space that can be open to all but provide a smaller, more intimate feeling. We also want to include more local musicians and students in future concerts, offer more of a mini-concert series, and conduct Zion Academy concerts and classes in public.

The goal is convince more and more Stocktonians to use their gifts and time to make Stockton a stronger community; that is the most crucial aspect to all of this.