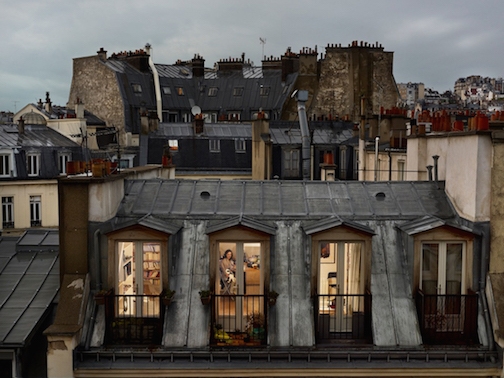 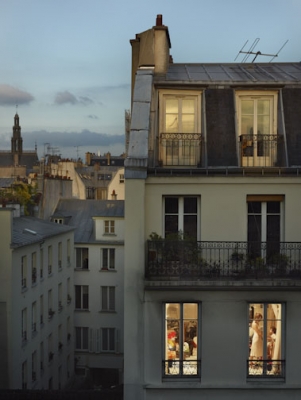 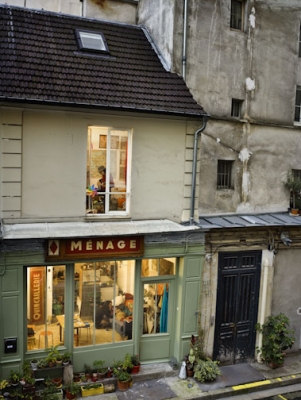 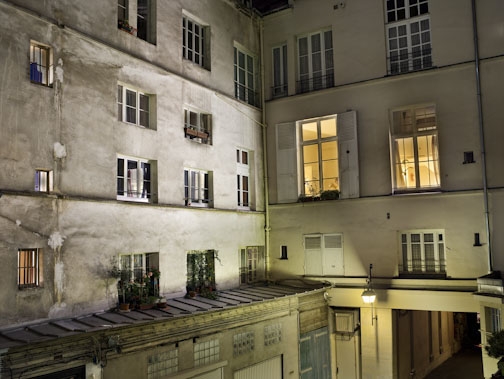 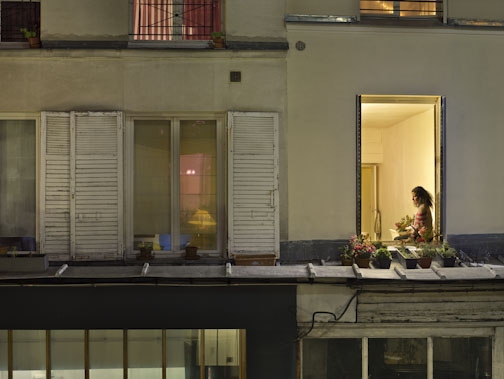 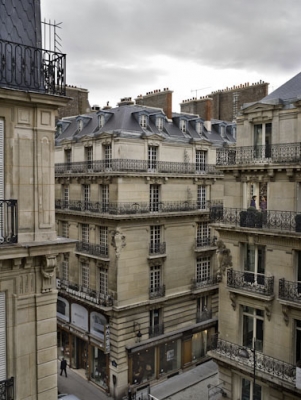 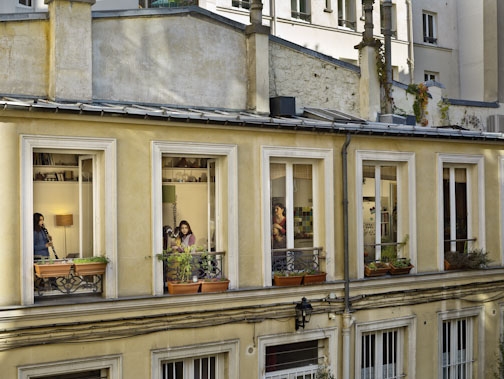 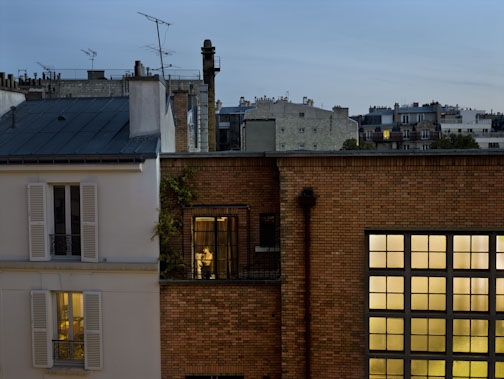 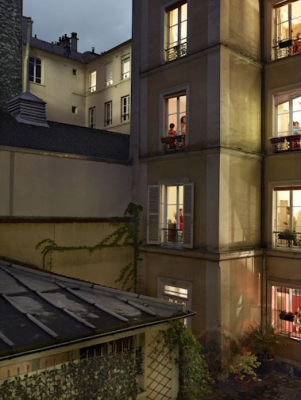 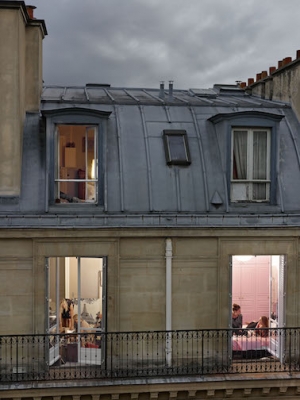 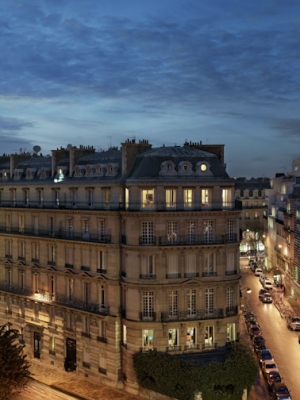 If you’ve ever lived in a densely populated city, you’ve probably played this game: You gaze out your window at the apartment opposite and invent stories about the people inside. But how much of what we imagine about our neighbors actually squares with reality?

New York-based photographer Gail Albert-Halaban recently spent a year exploring that question in Paris, peering from one building into another to capture intimate moments: a girl practicing her clarinet, a woman with a cat in her lap, a man reading a book.

You may feel like a voyeur looking at these photographs—some of which are currently on view in “Paris Views” at the Kopeikin Gallery in Culver City—but these images are not only staged and shot with a normal focal-length lens, they’re a collaboration among Albert-Halaban and the people on both sides of the view. The people loaning their homes for the shoot described what they saw and imagined to their neighbors across the street—and the neighbors talked about what their lives were actually like. Collectively, both sides came up with a plan for a photo: what time of day it would be taken and what it would depict. In the process, new relationships formed, which was a key part of the project.

“It used to be, we’d go to the corner store or deli and meet our neighbors, but now we live in a world that’s so mediated by computer screens,” says Albert-Halaban. This project is all “about having face-to-face contact with our neighbors, so instead of just watching and judging them, we can become brothers and sisters.”

The Paris photos weren’t her first foray into window photography. She previously spent six years taking similar photographs in New York City, mostly in her Chelsea neighborhood. For this “Out the Window” series, friends and acquaintances would tip her off to a compelling view, and she’d write to the subjects to explain the project and ask to set up a meeting. Most people were interested and willing to participate.

It was a little trickier in Paris, where people tended to be shy about letting a photographer into their home. But with the help of Cathy Remy, the photo editor of M, the magazine section of Le Monde, Albert-Halaban took 10 photos in October 2012—all of which appeared in the next month’s edition of M. The final project, now collected in a book called Gail Albert Halaban: Vis à Vis (Editions De La Martinere, 2014), includes 70 photographs taken between 2012 and 2013. Aperture published the English version, Paris Views.

One photograph shows a mother standing in front of her child’s crib. At first, the woman said she was too busy to be photographed. But once she agreed to meet, Albert-Halaban found they had a lot in common. “I saw her messy child’s room and it was just like my messy child’s room,” Albert-Halaban says. “She’s a working mom who’s always multitasking.” The mother—who revealed that she and the father of her child were once neighbors who watched each other through their windows—is now a good friend of Albert-Halaban’s.

These interactions made Paris feel like home for Albert-Halaban. In her own “quirky” building in Chelsea, all the people know each other. There’s a mystery writer on the fifth floor, a painter on the seventh floor, and a person who makes honey. Their relationships were strengthened by Hurricane Sandy, which hit the day after Halaban-Albert flew to Paris in 2012. Though she missed the disaster, she heard from friends and family back in New York City about the important role that neighbors played for one another. “My apartment had electricity and became the place where people hung out. … People really became friends.”

Looking ahead, Halaban-Albert is planning to take her project global. So far, she’s hit Utrecht, Holland, and Istanbul, Turkey. The gifts she brings to each meeting of the neighbors may differ—in Paris, it was wine; in Holland, chocolate—but the rewards are similar everywhere.

“I truly believe that if, instead of just watching each other, we actually met and engaged with our neighbors, we’d be much better neighbors,” she says. “We’d have a much stronger community.”