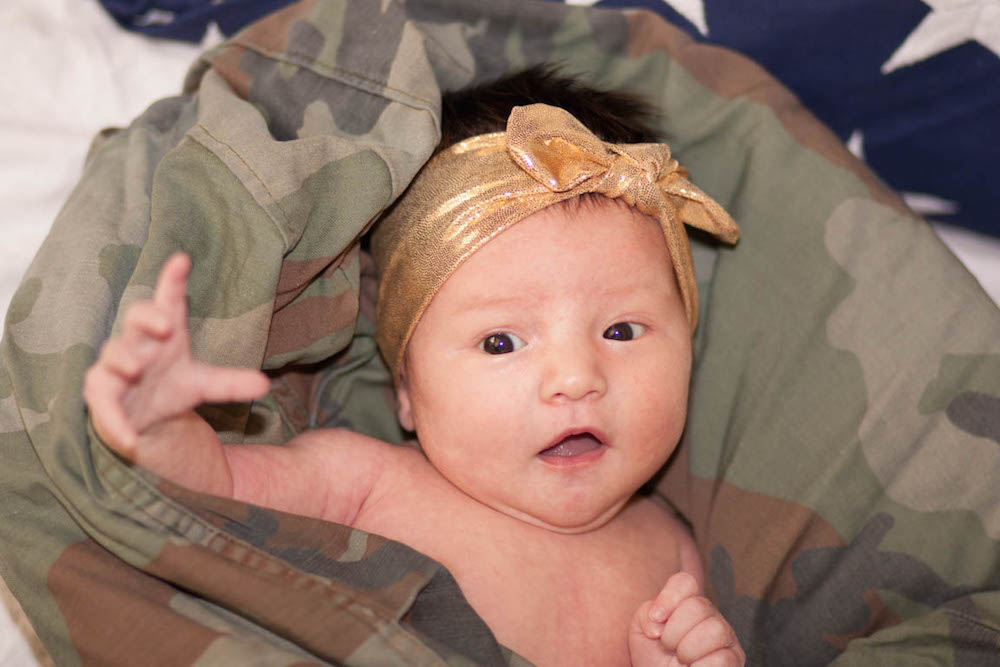 I’m standing in the reception area of the Fresno airport, and excitement is building. Around me are people of all ages, from two years up to retirement—military families waiting for a loved one to return. The chatter increases. I can hear small gasps and squeaks from those around me. I try to stay calm, though. My camera is at the ready. Today, I’m here on assignment.

My job is to capture the moment when family members are reunited. As I see the uniforms approaching the glass doors leading toward us, I move slightly away and take a knee. I’ve already planned my shot: when a five-year-old boy rushes forward to grab his dad. It will be an emotional photograph. They’ve not seen each other in person for over a year.

I grew up in a family with a strong history of service in the military. My dad and my father-in-law served in the Air Force, and my stepfather served in the Army. To this day, my stepfather bears the physical scars of his encounters with Agent Orange. My family’s close ties to the armed services are hardly unusual where I come from—Clovis, a suburb of Fresno that sits right in the middle of California’s Central Valley. Fresno County includes the Naval Air Station Lemoore and the Fresno Air National Guard Base. Many people around here value and respect those in the military a great deal. As a teen, I wasn’t encouraged to pursue military service, and I chose not to. Still, I knew well the cost of the freedoms that we enjoy in this country. It pained me a little that I didn’t do my part.

Then I figured out how I could help: photography.

I run my own business, working with families on portraiture, as well as weddings and other special events. When I began five years ago, some of my clients were active-duty military families getting photos prior to deployment. It struck me how important a photograph could be for them. I remember how hard deployments could be: When I was 15, my brother-in-law at the time, an active-duty Marine, was sent to the Middle East as a fighter jet mechanic. My sister—and my nieces, in future deployments—were left behind. I know my sister worried, though she wouldn’t admit it. The rest of the family did too. Photographs can help with that worry. They offer a piece of togetherness to both the deployed family member and the ones remaining at home. They’re a reminder that you can touch and hold. You can even talk to a photograph when an actual conversation isn’t practical or possible.

So this became my service to those who serve. Two and a half years ago, I joined Operation: Love Reunited, or OpLove. OpLove provides professional photos to military families with members serving in distant locales. I work with families at both the Lemoore Naval Air Station and Fresno Air National Guard base. Like all my fellow OpLove photographers, I do this free of charge—no fees for mileage, parking, sessions, retouching, or studio time.

Finally, the homecoming sessions are lively and unpredictable. They are a convergence of two seas, family members waiting for a glimpse of their loved one and those returning from deployment waiting for their commander to release them. Once the seas meet, the resulting pandemonium can be really difficult for a photographer. In most cases, I’ve not seen the returning member before, or if I have, it was in a session from over a year ago.

I photograph the expectant faces of the spouses, children, or others who are awaiting the arrival. If you’ve watched faces of people as they wait for someone, you know that moment when they see who they’re searching for in the crowd—the sudden smile, the tears of joy, the seemingly involuntary jumping up and down. Then I photograph the reunion—hugs, crying, kisses, smiles, yells of “daddy” or “mommy.”

For some homecomings, I travel to the base and await the landing of a transport plane—in a hangar or out in the sun.

On this day, when I’m waiting at the airport for the five-year-old to greet his dad for the first time in a year, the homecoming is smaller than others I’ve been to, just a handful of service people returning. But that doesn’t mean the feelings are any less powerful. When I get that shot of the boy and his dad, hugging, I know that my camera and I are in the right place.