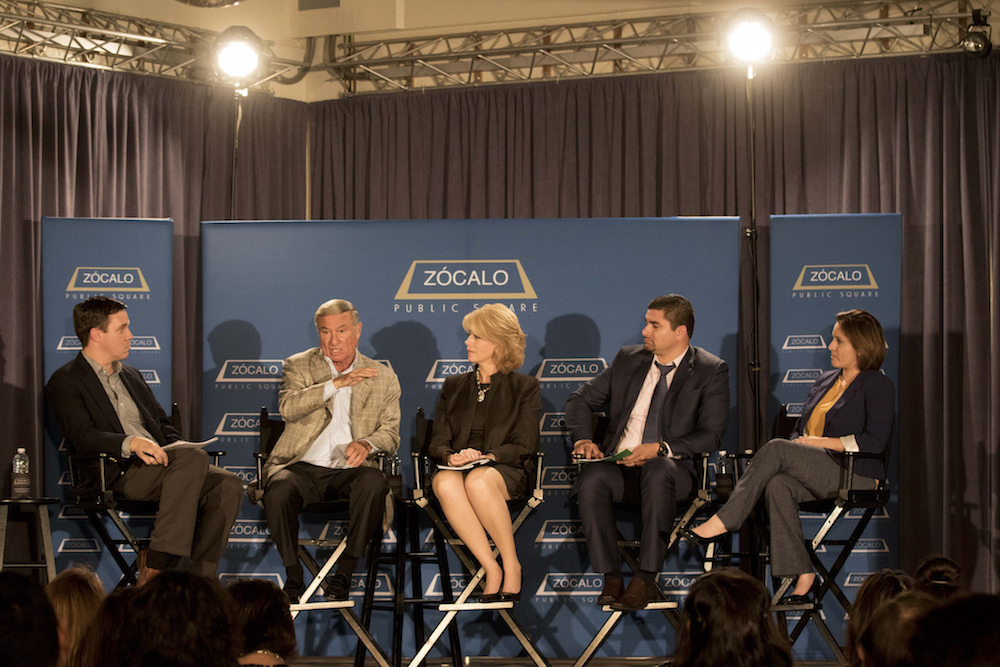 In 2005, the Brookings Institution released a depressing statistic about Fresno: The landlocked Californian city, about 200 miles southeast of San Francisco in the state’s Central Valley, had the highest concentration of poverty of any city in America.

Weber didn’t entertain any illusions that it’s easy to overcome poverty—in Fresno, or in any American city. President Johnson’s 1964 War on Poverty, he said, “has been a dismal failure,” with trillions of dollars spent and no substantial evidence of change to show for it. Ranked the least livable city in America in 1984, Fresno also has struggled make progress, and the city’s crime and unemployment rates are still extremely high.

But now, he contended, “We’re breaking the mold. We’re doing things in Fresno that aren’t being done anywhere else in the country.”

Local institutions are beginning to learn that change needs to take place on a microscopic level, said Weber. Attention needs to be paid to meeting residents’ needs, one family at a time. There are low-income families in the city who have long been dependent on the government’s food-stamp program. Weber’s nonprofit, the Fresno Bridge Academy, helps train families in basic life and job search skills. Within 18 months of joining the program, 30 percent of families are able to get off food stamps.

Olguin seconded the importance of working on a person-by-person basis. Like many of the families that she and the other panelists seek to help, she grew up in a poor, rural environment and saw how restrictive this type of upbringing can be. Many of her peers never left town. Geekwise Academy teaches kids technology skills, she said, but “probably the most important thing we do is to help kids in rural areas imagine different futures for themselves.”

The trick to doing that? “We need to address things on individual levels. We need to think about what’s holding students back. … These are humans we’re dealing with, and they have real problems that you or I often don’t think about in life.”

Avila flipped the conversation by pointing out that not only are there improvements in how Fresno organizations address people’s needs, but the organizations themselves are changing—especially when it comes to collaboration. “Previously, a lot of organizations wanted to invent their own wheel, go at their own pace, and leave everyone behind,” he said. “But now, at Poverello House, I’m beginning to meet [other community leaders] and get to know them by first name.”

Even the four panelists meeting and talking on the same stage, he said, was a sign of progress.

Swearengin outlined an expansive vision for Fresno, saying that by moving beyond bold claims and dealing with the nitty gritty details of “things that aren’t exciting”—like policy reform, land-use changes, and aligning resources that are already available—the city can improve itself steadily and incrementally. “I think we have another 20 years to go,” she said. “We’re 20 years into a 40-year turnaround. We took one decade to raise awareness [about how bad things were]. The next decade—my decade—was about deciding what we need to do to improve. Next decade will be about keeping the pedal to the metal, and the decade after that, having the wind on our backs and continuing to execute.”

The conversation touched on two hot topics in particular: homelessness and technology. Fresno has a notorious homeless problem, and recently made a controversial move to close a large homeless encampment and scatter its residents. The upside is that homelessness in the city has dropped by as much as 50 percent, based on a yearly “point in time” survey that sends residents out to the city’s streets to count the homeless population.

Avila and Swearengin defended the closure. “In the encampments, you had a lot of violence, drugs, and rapes,” Avila said. “The bigger goal was to provide a safe haven for the people [in the encampments who suffered because of that].”

“There’s something about Fresno where the second we all hear good news, we don’t want to believe it,” Swearengin said. “Even if 50 percent isn’t the exact number, holy mackerel, what an improvement.”

When it came to technology, Joe Moore, the director of content at Valley Public Radio and the discussion’s moderator, was particularly interested in how Fresno’s growing reputation as a tech hub could help bolster the city’s population. He noted the “Fresno poverty paradox,” as described by Zócalo columnist Joe Mathews: While the population declines in most poor cities, Fresno’s is still growing. Has technology contributed to this growth?

Olguin was confident that Fresno’s entrepreneurial spirit could help lure tech giants like Google and Apple, but the city’s real focus, she argued, should be cultivating local innovation. “If you want to address systemic issues, you have to create a movement for sustainable growth, so you need to create a company that creates two more,” she said.

A question-and-answer session following the discussion touched on numerous local concerns, from teaching and gentrification to agriculture and parking. At the end, Swearengin remained undaunted in her optimism. Things are getting better, she insisted, and the data proves it. Fresno is now the city with the second most highly concentrated poverty in America. Still far from great, she conceded—but an improvement. 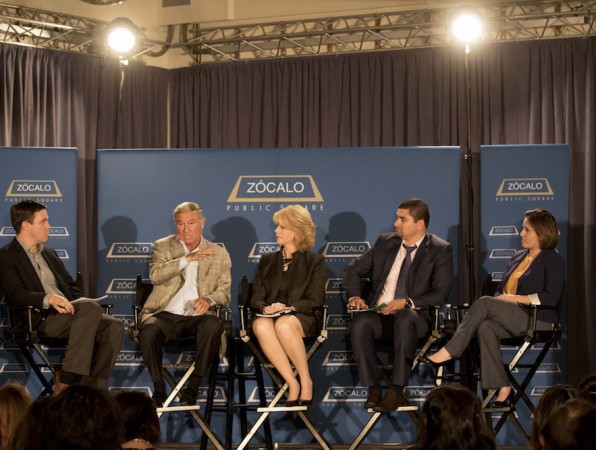