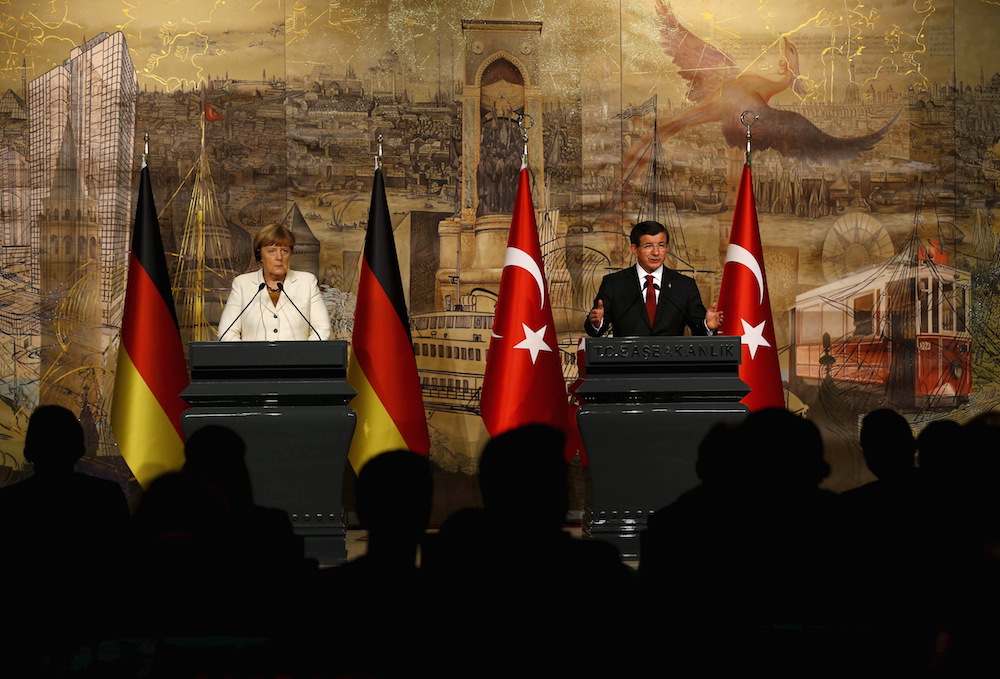 Since the euro crisis began, it is has become commonplace to speak of a “German Europe” emerging from it. In one sense, the description is apt: As the largest creditor country in the debt crisis, Germany was thrust into a position of extraordinary power and has been able, to a large extent, to impose its preferences on others in the eurozone during the last five years. However, in another sense, the description is misleading: Germany is not, as many have claimed, a European “hegemon”—nor can it become one, as many have urged it to. In fact, the events of the last five years have shown the limits of German power as much as the extent of it.

What’s emerged in recent years is a chaotic Europe instead of a “German Europe.” And the most striking illustration of this is the sequel to this summer’s Greek drama—the ongoing migration crisis.

The migration crisis is the third in the last five years—after the euro crisis and the Ukraine crisis—to test the fortitude of the European Union and Germany’s leadership within it. That so many of the hundreds of thousands of refugees making their way to Europe from war-torn regions around the world—Syria, above all—want to come to Germany is itself an illustration of the reality of the new Europe. Since the euro crisis began, the European Union has been divided into a booming “core”—led by Germany—and an impoverished “periphery.” In this context, it is unsurprising that Germany is the destination of choice for so many refugees. But it is now overwhelmed by the 800,000 asylum seekers it expects to receive this year—1 percent of its population.

The influx of refugees is a consequence of a failure of foreign policy. For five years, Europeans remained passive as the conflict in Syria worsened. There is no consensus about whether a use of military force at an early stage would have helped stabilize Syria or made the situation worse. But Germany offered little in the way of alternatives to the air strikes undertaken by the United States and a few other E.U. member states. Now policymakers in Brussels and Berlin are forced to watch Vladimir Putin wade into a problem they were incapable of fixing.

In each of Europe’s three recent trials—Ukraine, Greek debt, refugees—there has been much talk among Union members of the need for “solidarity,” though the term has meant something different in each case. But the migration crisis reversed the dynamic of the previous two. In the euro crisis, it was the indebted southern member states that wanted Germany to show “solidarity.” In the Ukraine crisis, it was eastern member states such as the Baltic nations and Poland that felt threatened by Russia. Now, however, as hundreds of thousands of refugees seek to make their way to Germany, it is Germany that needs “solidarity” from other member states—for them to accept their “fair share” of asylum seekers.

In some ways, the refusal of other EU member states to share the burden in the migration crisis can be seen as a reaction to Germany’s reluctance to share the burden in the other two crises. In the euro crisis, it was the debtor counties that bore the burden of adjustment. In the Ukraine crisis, there was also much discussion of burden-sharing—both the economic costs of sanctions against Russia (officials talked about the principle of “equal pain”) and defense spending (there has long been a discussion about “burden sharing” between NATO members). What has emerged is an EU in which member states simply pursue their own narrowly defined national interests and leave others to deal with difficult problems if they are able to.

In the current crisis, under the EU’s Dublin Convention, refugees are required to claim asylum in the first EU member state in which they arrive, which puts disproportionate pressure on the countries on Europe’s eastern and southern external borders. Greece, in particular, has struggled to deal with the surge in the number of migrants who travel from Syria through Turkey. In May, the European Commission proposed a system of refugee quotas for member states based on population size and other factors, which Germany has supported. Perhaps unsurprisingly, other member states have been unreceptive to the idea. In particular, central European countries such as the Czech Republic, Hungary, and Slovakia flatly refused quotas of asylum seekers.

At the end of August, Germany announced it was itself suspending the application of the Dublin Convention and processing asylum seekers in Germany rather than sending them back to countries such as Greece. While this was widely seen as an act of generosity—just weeks after being widely criticized for threatening to eject Greece from the eurozone, Germany suddenly became a “moral beacon”—it may have also exacerbated the problem by encouraging yet more refugees to make their way to Europe and in particular to Germany.

Then, in mid-September, as the chaos in Europe worsened, Germany imposed controls on its border with Austria—which was seen as a unilateral suspension of the Union’s commitment to free, unfettered travel between member nations. As the central European countries dug in their heels in opposing taking more refugees, German Interior Minister Thomas de Maizière threatened to cut EU support funds to them. Hungarian Prime Minister Viktor Orbán accused Germany of “moral imperialism”—an echo of criticisms of German “fiscal imperialism” during the euro crisis.

It is striking that the member states that most vehemently opposed quotas were central European countries such as Slovakia whose economies are deeply integrated with Germany’s and who just a few weeks earlier had supported Germany in debates over how to handle Greek debt. At its best, the European Union functions through grand bargains between its different member states that reconcile their interests across different issues. But Germany’s inability to persuade other countries to accept and integrate even a few thousand asylum seekers suggests that it lacks either the legitimacy or the capacity to get other Europeans to accept its lead. In short, the migration crisis shows once again that Europe cannot be run from Berlin.