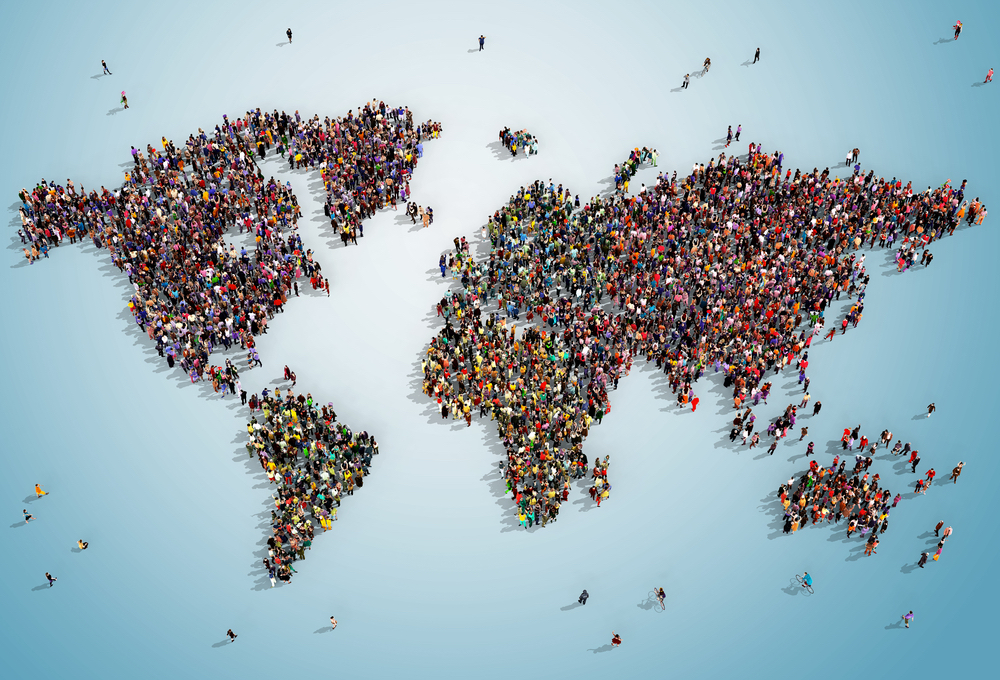 U.S. citizens spend growing proportions of their lives on social media, and while they are there, they are continually invited to take part in politics. Liking, sharing, or tweeting a political news item or information about a mobilization or campaign, or signing a petition on change.org—in an earlier time, these tiny acts of participation would not have been viable. Imagine telling 2,000 people about your disgust at the death of Eric Garner, with no Internet and no smartphone. The postage and phone bills alone would put most people off—not to mention the time and effort.

On their own, these tiny political acts are insignificant, but they can scale up to something big. Videos of Eric Garner received more than 1 million views; more than 2 million tweets used the hashtag #Icantbreathe. At a time when high school freshman Ahmed Mohamed can go from a presumed criminal to a hero in the course of a few hours thanks to Facebook and Twitter, it seems like it is easy to get a million signatures on a petition, or to create a major protest on social media, or even to start a revolution.

However, whether they are initiatives with purely political aims or campaigns for social justice, most mobilizations based on social media go nowhere. That sad feeling you have when no one retweets your tweet or likes your photo is shared by millions. Almost all (99.9 percent) petitions to the White House’s “We the People” petition platform fail to get the 100,000 signatures required for an official response, and 99 percent of petitions fail to get even 500 signatures.

So what makes some online campaigns go viral and others flop? Actually, it’s surprisingly hard to say. Different petitions on the same issue created around the same time can succeed dramatically or fail completely. The one thing we can say about successful initiatives is that once they start, they get going really quickly. All those hashtags used in campaigns against policing rise exponentially directly after the incident, and again if there is failure to indict. Successful political video clips are watched millions of times in a matter of hours. If a petition sits around with only a few signatures for more than 10 hours, it is digital dust—forgotten almost as quickly as it is posted.

The grease of this changed political world is social information—information about what other people are doing. On social media, we always know what other people are liking, following, viewing, buying, and joining. Research shows that if we know something (such as a song or a shirt) is popular, we like it more—and that applies to political initiatives, too. So petitions or campaigns or mobilizations that are popular become more popular, at the expense of the less popular. And that causes instability in political “markets,” just as it does in cultural markets, where popular songs and music videos are liked by millions, yet most disappear without trace, or financial markets, where a run on one stock can cause a stock market bubble. This instability makes it very difficult to work out which initiatives will succeed and which will fail.

None of the normal drivers of political behavior explain what is going on in these settings. The way we used to predict political mobilization was through demographics—age, ethnic group, and socio-economic status, for example. The conventional wisdom was that older people were more likely to participate in politics than young people, whites were more likely to participate than blacks, and the rich were more likely to participate than the poor. Yet today, when the costs of participation are so small, your income or other resources are less likely to shape whether you join in. Young people, the most avid users of social media, for instance, seem to be participating more, after years of commentators bemoaning their disinterest in politics. This participation can take many forms, from expressions of support for a cause on social media to signing and circulating petitions, sharing photos of political events, taking part in elections, and even actively joining street mobilizations or insurrections (as in the Arab Spring).

Participation means more than just voting, but even by that measure alone, things are changing. The presidential elections in 2004, 2008, and 2012 showed that a high voter turnout of around 50 percent is becoming the norm for the millennial generation, in contrast to the 1990s, when youth turnout was regularly less than 40 percent. Obama also brought young black people into the political process—in 2008, turnout among the black population matched that of the white population for the first time ever, and even increased in 2012.

This trend of young people getting involved in the political process is growing wherever social media use is, too. In the U.K., Jeremy Corbyn, a left wing candidate who spent 32 years representing the same constituency on the backbenches, recently was elected to the Labor party leadership to the amazement—and horror—of the media and the parliamentary Labor party. How? Thanks largely to young people previously outside politics who mobilized around the hashtag #Jezwecan.

But what happens after these rapid-fire mobilizations—especially those without leaders, institutions, or organizations behind them, like the Arab Spring—succeed? Sustainability is a problem. Often, there are no political leaders or embryonic parties waiting in the wings, which is perhaps one reason why we have seen such disappointing results in Egypt, for example. The democratic ambitions of the Tahrir Square mobilization were dashed after the first elections, where the Muslim Brotherhood, the only established organization around, was able to take power. Even when the Muslim Brotherhood was in turn overthrown, there was no viable opposition to the country’s current authoritarian government.

Many recent mobilizations have exposed the chasm that exists between new forms of citizens’ engagement and the standard functioning of traditional institutions, particularly political parties. The challenge for the latter is to become better at understanding, reacting to, and harnessing these mobilizations so that at least some of them can lead to sustained political change. The challenge for governments is how to respond to this new political environment, where mobilizations for policy change (as in the refugee crisis in Europe, where the photograph of a drowned Syrian boy was shared by millions) can rise up seemingly from nowhere.

As exciting as they can be to participate in, these digital campaigns, protests, and movements are also unstable, unpredictable, and, on their own, often unsustainable. They inject turbulence into political systems, changing the political weather. If they do fail to achieve their aims, they will sink back into transient invisibility, as with the Umbrella Revolution in Hong Kong, but they could burst forth suddenly at any point. We already know that there is no safe bet in American politics in the coming year: Look at Donald Trump, master of Twitter, and Bernie Sanders, who has gotten over 1 million online donations. The only thing we know for sure is that more unpredictability lies ahead.