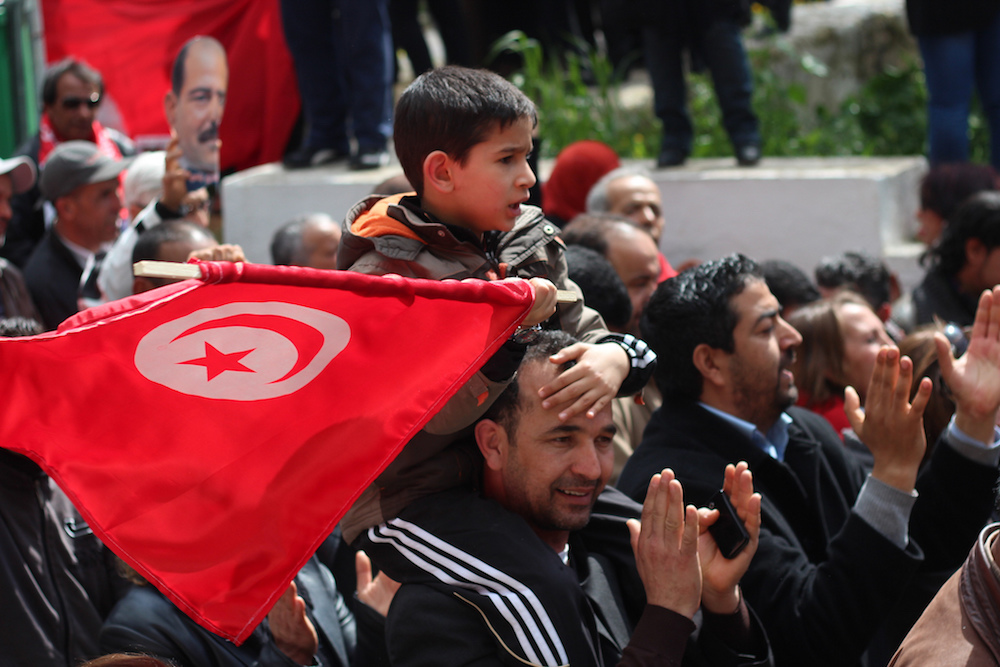 Tunisia, welcome to Europe—if you still want to join us.

Four years ago, in Germany’s newspaper for intellectuals, Die Zeit, the prominent author Gero von Randow called for Tunisia to be granted membership in the European Union. Today, we Europeans should be scratching our heads about why we haven’t already asked.

Yes, Tunisia is in North Africa, not far across the Mediterranean from Italy. But as a German who has done democracy work in Tunisia, I’ve learned there are three strong and rational reasons for making Tunisia an EU member, as well as an emotional one, which might be more important.

But first, the rational reasons. There is the strategic argument that, at a time when millions of migrants are flooding into EU countries from Arab regions, the EU would be wise to have its own beachhead on Arab soil.

After all, the integration of our new Arab citizens who have already arrived in Europe will require great efforts. A European Tunisia might well mitigate some immigration pressure to Europe, by offering an Arab option. (Tunisia today already shelters more than 300,000 refugees, mainly from neighboring Libya.) And it would be a wise parallel. Just as European communities learn through integrating people into their cities and towns, the whole of Europe would learn by working to integrate a new country.

The billions in development aid that would flow to Tunisia, a nation of 11 million with a per capita income that is less than half of the EU’s poorest members today, would pay off in the long term, since success in Tunisia could bring about a change for the entire Maghreb, where people are watching the struggling democracy closely. EU membership for Tunisia would be akin to a Marshall Plan for the region.

Then there’s the argument that Tunisia has been building a deliberative and democratic society that we should encourage and honor. There is no greater effort to form an enlightened Islamic society, as the Nobel Peace Prize committee recently acknowledged in giving its award to Tunisia’s leading civil society group. And Europe, by embracing Tunisia’s commitment to democracy, would offer a contrast to Turkey, a would-be European Union member which is descending into illiberal Islamist nationalism. The moderate Tunisian Islamists, the Ennahda Movement, have no equal in the world, and Ennahda leader Rachid al-Ghannouchi was rightly applauded for willingly stepping down from power 2013 to make way for democracy and the rule of law.

Then there’s the fairness argument. Tunisia launched the Arab Spring, and its push for democracy, but the spring is now drowning in Arab blood. The West, with its disastrous collaboration with iron-fisted rulers in the region, bears responsibility for this. Many people in the Maghreb—the region that includes Tunisia, Algeria and Morocco—are already drawing the depressing conclusion that the West doesn’t really believe in democracy, so why should they? On a recent visit to Tunisia, students from the University of Carthage asked me pointedly why they couldn’t travel freely and go on student exchanges like their counterparts in Europe.

Offering Tunisia membership in the EU would counter this narrative—by rewarding democracy. And it would be fair—an acknowledgment Tunisians’ sacrifice, through violence and terrorism and economic struggle, to keep their democratic revolution alive.

Finally, there’s the emotional reality that Tunisia feels European. It’s a wonderful country, a pearl of the Mediterranean that resembles Sicily. It now grows more olives than the whole of Italy. Its multilingual population is very familiar with the French and deeply connected to the Italians. It’s in the heart of a region that has been deeply tied to Europe for thousands of years.

Those who have spent enough time in Tunisia know that this is where East meets West; that Tunisia is a European bridge.

Of course, the Tunisians may balk. The country was a French protectorate until 1956, and maybe Tunisia wouldn’t want to feel again like a European colony. But it would be the right thing to ask. And it surely is the right time.