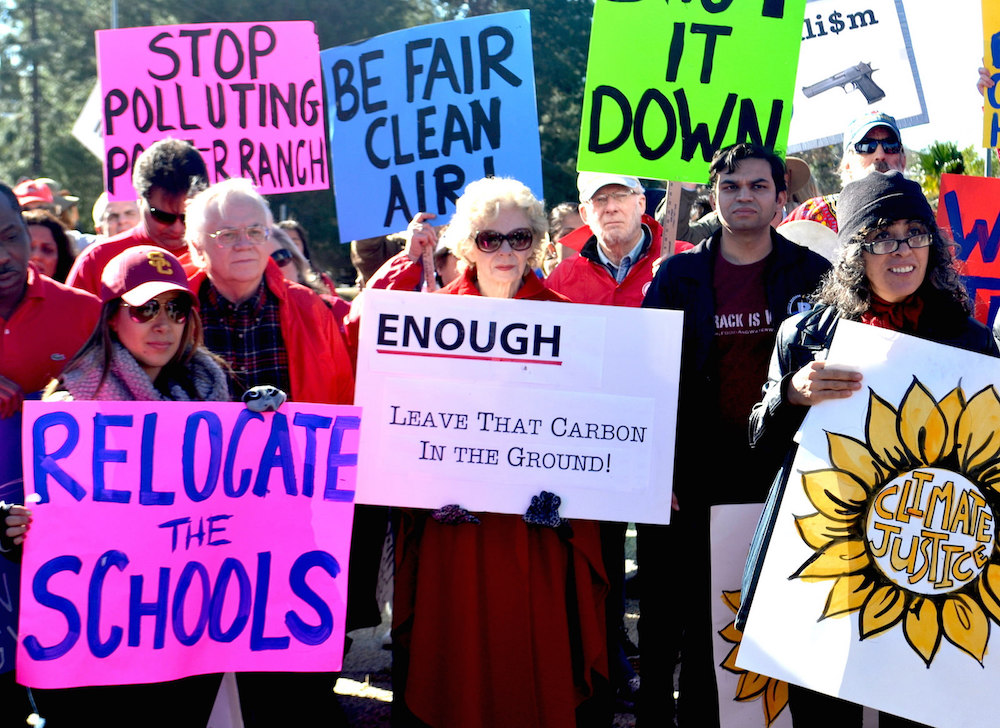 Made of one carbon and four hydrogen atoms, lighter than air, methane is a democratic molecule. You make it, I make it, cows and coal mines emit it, as do termites and multinational oil companies. Power plants, land fills, sewage treatment plants, rice paddies, natural gas pipelines, and oil rigs leak it. When NASA looks for life on other planets, they don’t look for little green men, they scan for traces of methane. Methane is the ultimate sign of life, though a massively mysterious, and invisible, one.

The mysteries surrounding methane are a reminder that we barely know our own planet. Methane only recently became part of the public consciousness. For as long as we’ve had an oil and gas industry, we’ve had methane leaks from pipelines and equipment, but recent measurements on the ground suggest that they could be releasing twice as much as what the EPA has previously estimated. Oil spills catch the public’s attention, with their horrible photos of blackened birds. Pollution from cars made blankets of greenish smog that spurred legislators to action. Methane leaks just drifted away and were barely regulated.

All of that changed last October 23, when the Southern California Gas Company announced that a storage field in the Los Angeles community of Porter Ranch was leaking. Many residents did not know that they lived on one of the largest of the country’s 400 underground storage areas for natural gas, which is mostly composed of methane. The area was an old oil field that had been depleted by 1941 and then filled with the naturally odorless gas. But soon residents smelled the rotten egg odor of mercaptans, the stinky scent added to alert people to leaks. Children began having nosebleeds. Five thousand homes were evacuated and the governor declared a disaster. Up to now, the leak has spewed more than 90,000 metric tons of methane and planes have measured an invisible plume of methane more than a thousand feet tall looming over Porter Ranch.

For many Americans, this plume, which can only be seen with an infrared camera, is the first time they’ve actually seen methane. For most of history, the only way to see methane was the way George Washington did in 1783: Get in a rowboat on a New Jersey river at night, poke the muck at the bottom with sticks, and try to light the methane bubbles that rise on fire. (If only the Founding Father had known about YouTube.) This flammable gas had been identified by an Italian named Volta in 1776, who had been inspired by Ben Franklin’s writing on gases.

Up until the early 1970s, methane was a party trick and a cooking fuel, but not considered an important player in planetary cycles. But, in 1976, scientists realized that methane’s ability to reflect some infrared radiation—the same reason it can be seen on the camera—means it’s a very powerful greenhouse gas. Over a hundred year period, a molecule of methane will trap about 34 times as much heat as a molecule of carbon dioxide emitted to the atmosphere, according to EPA estimates.

But if methane is so ubiquitous that George Washington found it by poking an ordinary river bottom and the planet is constantly making more methane, both biologically (in the muck and in our intestines), and by “cooking” oil and coal underground, where is it all going?

One answer arrived in the mid-1980s when scientists realized that methane forms an exotic, flammable ice undersea and in some permafrost. The stuff is called methane hydrate, and at low temperatures and high subsea pressures a molecule of methane will sit in a little “cage” of water molecules. There are hydrates off of almost every continent. And they are shapeshifters, like some kind of chemical riddle: Constantly forming and unforming, they can hold methane for many millions of years. But if they get hit, say by an earthquake, they can burp up a lot of methane up in an instant, causing a tsunami. We don’t know how much methane hydrate is out there, but probably a lot. The highest estimate is that hydrates contain three times more carbon than all the conventional fossil fuels on Earth, which is the sort of number that’s ultimately a little comic because it’s too big to imagine.

Using the fossil record, scientists have tried to reconstruct what methane hydrates have done over time. During recent periods in our planet’s history, methane hydrate ice mounds seem to hoover up methane in sediments and hold on to it, which undoubtedly has kept our atmosphere cooler, Rice University’s Gerald Dickens, who has been studying methane for 20 years, told me. But during other periods in the deep past, hydrates have released more methane, accelerating warming in the atmosphere. If the oceans continue to warm up over the next several hundred years, Dickens wonders if our big stash of hydrates could begin to work the other way, releasing methane and accelerating warming. He says that while this may remain a mystery to us, it will certainly be clear to our great great grandchildren.

It’s unsettling to think we’ve only come to grasp the power of methane in the last generation. Can you imagine if we’d discovered the role of the polar ice caps in the climate after we went to the moon? Methane is out there, but it seems a little surreal. Once, on a research vessel, a scientist offered me a sliver of methane hydrate to eat: It was cold, fizzy, a little sour, and almost minty. I’ll never eat a sorbet like that again.

In the scheme of the planet’s enormous methane budget, the Porter Ranch spill stands out because it’s visible; and in the politics of pollution, visibility means we’re likely to do something about it. (For comparison, the 2010 Deepwater Horizon spill released six times as much methane underwater as the Porter Ranch spill has to date; but we remember the spill for the 5 million barrels of oil it released.) And now California must figure out how to regulate methane. Colorado passed a law to regulate emissions from oil and gas equipment in 2014. And this August the EPA proposed rules for new equipment. But all of this won’t fix our leaks, which the Clean Air Task Force estimates come largely from older equipment, some of it pneumatic machinery that was designed to release, rather than trap, natural gas for safety reasons.

And so, gradually, the human consciousness of the powers of methane and our climate priorities will come to our machines and policies. And undoubtedly, our great grandkids will think it’s funny that we knew so little about methane.