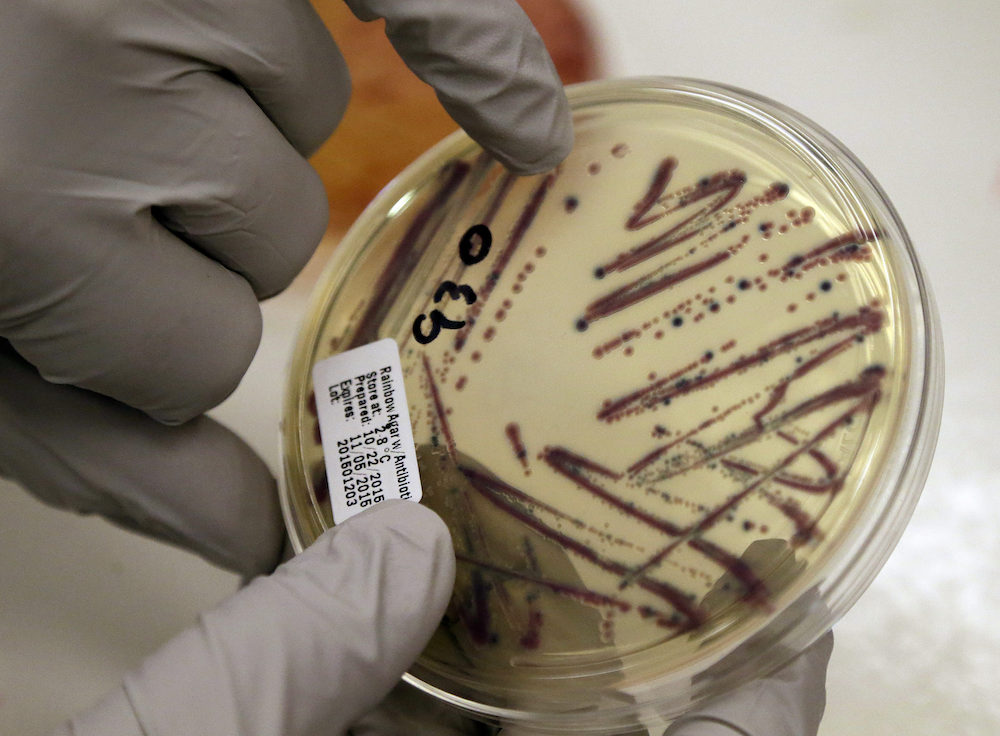 It’s hard to find a fan of E. coli—especially since last October, when 55 people in 11 states got sick after eating at Chipotle—but we can see a reflection of ourselves in these tiny sausage-shaped bacteria. Like us, E. coli is a tireless innovator—constantly refining more than 700 different strains—though it lives in your intestines, instead of Silicon Valley. While pathogenic E. coli can travel in many different foods—hamburger, sprouts, spinach, romaine lettuce, rotisserie chicken salad, Lebanon bologna, raw cookie dough—“good” E. coli is one of your oldest, most intimate friends. This fine frenemy has allowed us to transcend the limits of our humanity, playing with genes, time, and evolution on an awesome scale.

Long before you drove a car or ordered a drink, you declared your independence by embracing E. coli. Just a few hours after you were separated from your mother, this strain of bacteria swam into your intestines and set up housekeeping. While you slept, it triggered vital elements of your immune system, and prepared the environment for the arrival of other good bacteria. It also set about manufacturing vitamin K, and keeping harmful bacteria at bay.

You might think that E. coli exerts its will through big numbers, but that’s not the case. It is much less than one percent of your gut’s 9 trillion microbial cells. You have just a billion E. coli, each merely one micrometer wide and two micrometers long. (For comparison, a human hair is between 17 micrometers and 181 micrometers thick.) As for the toxic E. coli, it takes hardly any of those to make a person mortally ill. Ten will do do the trick. Ten! One of E. coli’s recipes for success is reproducing really quickly, sometimes doubling population in 20 minutes.

Another of E. coli’s tricks is sharing code—like open source software developers and DJs. E. coli has a fancy toolkit for acquiring and trading DNA, including viruses and pieces of circular DNA that, Frisbee-like, can transfer DNA from one bacterium to another.

When microbiologist Dr. Pina Fratamico joined the USDA in 1990, she started researching a newly discovered E. coli strain that lived harmlessly in cows’ intestines but caused terrible diarrhea and kidney failure in humans. O157:H7, as the strain is named, had picked up the code for the kidney toxin from a virus (aka bacteriophage) had the ability to invade bacteria. Meanwhile other pieces of DNA, a group of genetic recipes for increased virulence called “pathogenicity islands,” had made their way into the cell. Rather than riding in on a virus, the problematic DNA was either inserted into the cell’s chromosome or remained as DNA rings, and the codes (virulence genes) carried by this newly acquired DNA made the bacterium more dangerous.

In 1993, O157:H7 showed up in hamburger at Jack In the Box, sickening more than 600 people and killing four children. That outbreak caused the USDA to declare the O157:H7 an “adulterant” in beef, and processors and restaurants changed their practices.

As humans changed their behavior, E coli kept on switching DNA and evolving. In 2011, a batch of bean sprouts in Germany harbored a new strain of E. coli carrying a toxin and novel way to adhere to intestinal cells sickened 4,000, caused kidney failure in more than 800, and killed 53 people. That strain was resistant to antibiotics. In 2012, the USDA began testing beef trimmings for six new toxic strains in addition to O157:H7. Keeping a few steps ahead of her nemesis is Dr. Fratamico’s job, so now she’s looking into another type of E. coli that may spend time in poultry before causing urinary tract infections and pneumonia in humans. “E. coli are very intelligent about illness. They want to survive,” says Dr. Fratamico. “We’re always trying to find the emerging strains and develop methods to detect them, but they’re smarter than we are.”

E. coli’s resourcefulness, and its willingness to dance with humans in laboratories has, ironically, given us the super-human power of recombinant DNA. The lab strain K-12 was isolated from the stool of “a convalescing diphtheria patient” in Palo Alto, California, in 1918. K-12 then went to Stanford and (along with three other strains) became the pet of labs around the world, leading to 11 Nobel prizes. More importantly, scientists learned to take advantage of those Frisbee-like plasmids to insert DNA that would trick E. coli into producing useful things, including insulin that diabetics can use.

Another scientist who has revealed the powers of E. coli is Richard E. Lenski of Michigan State University. Nearly 28 years ago today, on February 24, 1988, Lenski thawed a frozen sample of E. coli from his lab’s freezer, and put 0.1 milliliter in each of 12 little flasks. Overnight, the E. coli in the flasks snarfed up all the glucose in their broth while producing seven generations of E. coli. The next day, Professor Lenski removed 0.1 milliliter again from each flask and put them in 12 clean flasks with more glucose broth. Unlike many wild strains of E. coli, the strain that Lenski studied didn’t have plasmids and phages that allow cells to exchange genes. So when he put them in their flasks it was as though he’d taken away all of their smartphones and GameBoys and other toys and left them in a bare room with only a gulp of sugary drink. Lenski hoped to see how they evolved using only random mutations and natural selection, not gene sharing. “Evolution is like a game that combines luck and skill and perhaps bacteria could teach me some new games,” he wrote. The experiment was supposed to last 2,000 generations or about a year.

But it still hasn’t stopped. Twenty-eight years and 64,000 generations later, the experiment is still going. It’s not just an evolutionary casino, though, it’s also a time machine because every 500 generations the lab froze a sample from each of the 12 vials. Lenski has always wondered what it would be like if he could bring a Neanderthal back to life and and have him try to play chess or football—these frozen samples are his tiny time travelers.

When the project started, Lenski thought that evolution would go quickly at first, as the bacteria evolved to fit into their flask-niche environment, and then plateau. But what Lenski and his team found is that the bacteria kept evolving and improving with a curve describing their fitness trending ever-upward. Evolution is a bottomless well of innovation.

And something else really interesting happened. E. coli normally lives on glucose. Every night, the growing population in the flask would gobble up all the glucose, oblivious to the fact that there happened to be another food in the broth called citrate. Lenski calls it a “lemony dessert,” and until 2003 the bacteria skipped dessert. And then in one of the 12 flasks, they had a mutation and those bacteria started sitting down to lemon merengue pie every night.

Lenski’s long-running experiment became a sort of petri dish for smart students with skills in mathematics, modeling, and genetics, drawn to his 12 flasks and thousands of frozen samples. One of them, Zachary Blount, realized that they could trace the lemony-simpatico mutation back through the frozen samples and re-evolve it. It was like they were playing Groundhog Day with the bacteria, giving the Bill Murray character chance after chance. And in the process they were able to run evolution backwards and forwards, trying to find its underlying physics.

The research is more than theoretical: the type of work that Lenski and his students and colleagues have done has helped the FBI identify genetic differences between strains after the 2001 anthrax attacks and is helping others learn how bacteria evolve in the lungs of people with cystic fibrosis.

As Lenski reflected on his years with the experiment, he said, “How exciting is life in one tiny glass flask!” That got him thinking about the teeming activity that takes place on Earth: If every human, and a lot of cows and pigs and so on, have a billion or so E. coli in our guts, then there are more than a hundred quintillion E. coli or more out there—all mutating and evolving madly, full of potential.