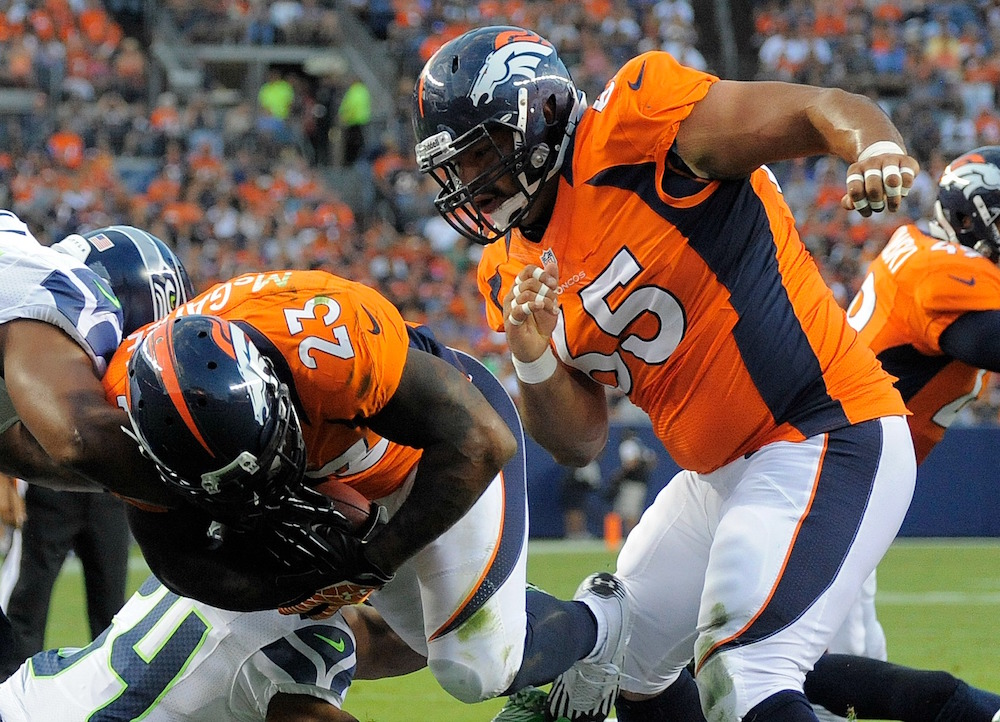 You’ve just returned from your morning run and you’re rustling through your snail mail when you receive some shocking news—an official memo from your employer informing you that your health insurance premium is increasing by 30 percent.

You’ve been deemed a health risk, and you are being charged accordingly.

Yet you’re the picture of health: A run is part of your daily routine, you passed your last physical with flying colors, and kale is your favorite food. This must be some sort of mistake. But you read the fine print to discover that your employer has decided that the most accurate measure of your health is your Body Mass Index, or BMI, which is derived by a formula that compares your weight to your height.

Even though you’re a paragon of health, at 5 foot 2 inches and 164 pounds, your BMI places you within a range considered “obese.” So your insurance company and your employer have determined that you are no longer among the “healthy.”

This may sound Orwellian, but the federal government is working to make it common. Recently proposed rules by the U.S. Equal Employment Opportunity Commission (EEOC) would set clear guidelines for employers to use metrics like BMI to charge higher-BMI employees more for their health insurance. The apparent goal of these rules is to get higher-BMI employees to reduce their weight; a standpoint based on the assumption that such individuals must uniformly face poor health. Our research, however, suggests that this assumption is flawed and these rules will not accomplish this goal. In fact, the proposed rules could yield the opposite results.

The problem is that BMI is a problematic metric. It was invented more than 200 years ago by a Belgian mathematician named Quetelet, who based it on what he called the “average” human: a white male in Europe in the early 1800s. BMI also gets human biology wrong—it fails to distinguish between bone, muscle, or fat. You’ve probably heard about athletes, including the starting lineup of the Super bowl champion Denver Broncos, being “obese” by BMI standards, even though they’re very obviously in great shape. National Public Radio called the BMI formula “mathematical snake oil”!

As psychological scientists who study health, we were well-versed in the pitfalls of BMI. We knew we had to push back and illustrate the fallacy of this thinking in such a way that policymakers would understand just how many healthy people would be adversely affected.

In a stroke of good fortune rarely seen outside the movies, we found the perfect dataset. The National Health and Nutrition Examination Survey (NHANES) is a nationally representative sample of Americans surveyed every two years about their health and BMI. NHANES allowed us to look at established health markers to see who was healthy, and then see how many of those healthy folks actually fell in the higher-BMI categories employers deem “unhealthy.”

Our next challenge was to come up with an ironclad definition of “healthy.” For our analysis to have credibility, we had to have a definition that would be difficult to attack on scientific grounds. We dove into the research literature to look for different definitions and found quite a few, so we chose the definition that set the highest bar for health and used six different metrics including blood pressure, blood sugar, and cholesterol. These index the health of a person’s heart and blood vessels, risk for diabetes, and inflammation.

After crunching the numbers, the results were stunning. BMI did not map onto the real markers of health. Some 34.4 million of the 70 million-plus Americans categorized as “overweight” by BMI were perfectly healthy. That’s 47 percent! The chances of BMI being a good predictor were not much better than flipping a coin. And 29 percent of Americans rated “obese” under BMI were healthy as well. Add those numbers together—and it means that more than 54 million healthy Americans would be unfairly penalized under the EEOC rules.

Our analysis uncovered another pitfall of BMI: 21 million individuals in the “normal” BMI range—those who would be considered perfectly healthy by employers and insurance companies—were actually unhealthy according to the criteria. These are people who would likely have higher health costs but who would skate by without added penalties under the new EEOC rules. More alarming, the fallacious assumption that “normal” BMI individuals are healthy could mean they wouldn’t get preventive care or that important diagnoses could be delayed or missed altogether.

Clearly, BMI needs to go. We hope our analysis is the final nail in the coffin for this flawed measure.

But the obsession with BMI is really a symptom of a larger issue: a national infatuation with weight that not only affects how people in power define health, but also perpetuates an entrenched stigma against heavier people. We’ve run many studies in our labs showing that this weight stigma gives rise to situations that make it hard for people to be healthy. We’ve shown, for example, that experiencing weight stigma makes individuals eat more high-calorie snack foods and feel less confident in their ability to maintain a healthy diet. These are things that are bad for you no matter what you weigh.

We’ve also found that people who experience weight stigma have higher levels of the stress hormone cortisol. That’s a problem because cortisol increases a person’s drive to eat unhealthy foods, and sends a signal to the body to start storing visceral fat. That’s a type of fat that sticks to your organs and won’t necessarily make your body bigger, meaning it flies under the radar of BMI. It’s also the type of fat that increases your risk for diabetes and cardiovascular disease.

Our cultural obsession with weight has led us to misguidedly prioritize numbers on the scale over important modifiable health behaviors—eating, exercise, and sleep. Beyond leading us astray from health, this obsession perpetuates the stigma attached to heavier bodies, which is itself an impediment to health.