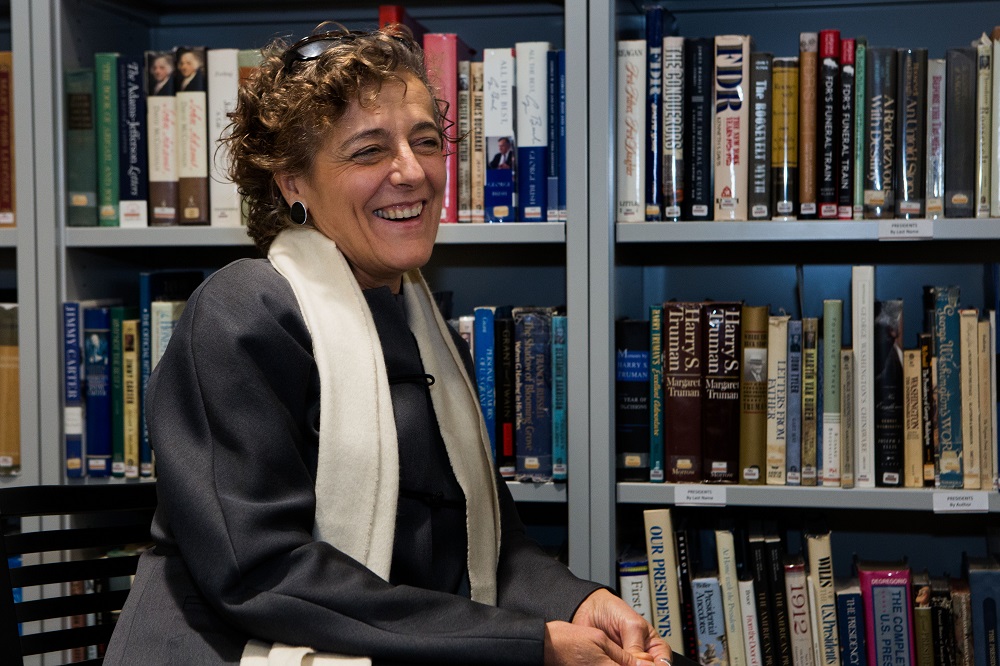 Françoise Mouly is the art editor of the New Yorker. From 1980 to 1991, she and her husband, the cartoonist Art Spieglman, published the comics magazine Raw. Before joining a Zócalo/Smithsonian “What It Means to Be American” panel discussion about creativity in America—“What Does American Ingenuity Look Like?”—she talked in the green room about scars, novels by Émile Zola, and being knighted by the French government.

It’s not so much a character, but an approach. In his book Maus, my husband drew a very serious story in cartoons. I deeply admire how he used animals and the language of cartoons to get you into the feelings of the members of a family.

What advice would you give a young artist who wants to be published in the New Yorker?

I think what differentiates an artist and a cartoonist is that the cartoonist needs their work to be read. The reader is the other half of it. You should do whatever you can to get responses to your work. You can learn a lot if you pay attention to other people responding to it.

You were born in Paris, and the French government has twice decorated you as a knight, once of the Order of Arts and Letters and once of the Legion of Honor. What’s the coolest part about being a knight?

The first time, it was being able to tell my dad [the plastic surgeon Roger Mouly]. He said, “Well, that’s great, but not as good as being in the Legion of Honor, which I’m in.” So then the second time—ah-ha!

We went to Cuba last year. That trip, all of it—the people, the history, the warmth, the feeling of doing something unique—was quite wonderful.

Do you have any tattoos?

No, I don’t. I have scars—mementos of the mishaps that have happened here or there. But I remember working for my father as a kid, and being fascinated by slides of him taking out tattoos.

What did you read when you were young?

I loved reading all the work of one writer. I remember falling in love with Émile Zola. His series [20 novels collectively known as Les Rougon-Macquart] is long and very dramatic, with larger-than-life characters, but in settings that are very real.

Which comic artists inspire you now?

It’s hard to narrow it down. One of the privileges I have is to be in both friendships and working relationships with people who are doing amazing things. Chris Ware put out a book called Building Stories. Daniel Clowes—there are just too many. Comics as a medium are full of endless possibilities. It still stuns me to see all the creativity.