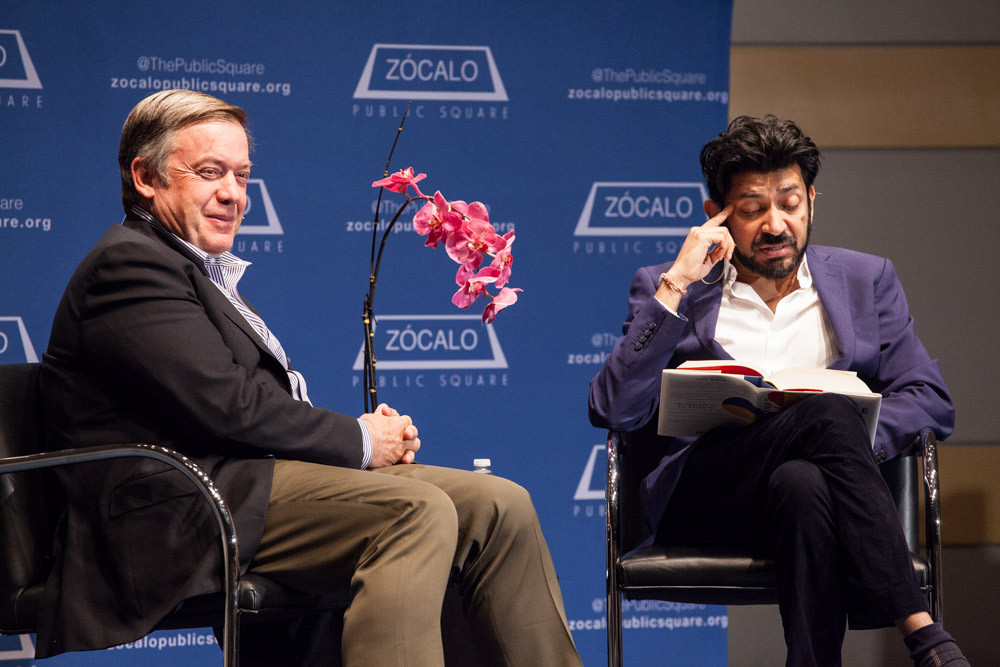 Near the end of a wide-ranging conversation about the complexity of the human genome and the history and future of genetics, Arizona State University President Michael Crow noted the almost inconceivably large number—“10 to the 14th” power—of microorganisms in our bodies. And then he turned to cancer researcher Dr. Siddhartha Mukherjee, and posed what Crow called “a complicated question.”

Crow and Mukherjee, author of the new book The Gene: An Intimate History and the Pulitzer Prize-winning The Emperor of All Maladies: A Biography of Cancer, already had spent much of the evening—a Zócalo Public Square event in front of a full house at the Skirball Cultural Center—trying to answer that question.

One answer, said Mukherjee, is “a majestic formula” akin to e=mc102: “Genes plus environment plus genetic interactions plus chance” equals the human form.

But what it means to be human is also changing, he said, both biologically and culturally. Our increasing knowledge and ability to manipulate our genes—the fundamental units of heredity and the basic units of biological information—are altering our notion of who we are. And as a result, humans are faced with figuring out new language, new regulations, and new answers to all sorts of new, very fundamental questions.

Chief among them: What does choice mean in an era when humans can manage their own genomes? “Choice seems like an illusion defined by genes,” suggested Mukherjee. Other questions we’re grappling with include: What is randomness? What is normal? “And who gets to define the borderlands and boundaries of what we define as normal? I’m not sure we’ll ever have the answer to that question,” said Mukherjee.

“The real question,” he added, “is how do we want to categorize? What are the axes upon which we want to divide ourselves? That’s not a laboratory question” but one we must tackle as a society, although ironically, “it’s possible that that question, too, is devised by our genes.”

Mukherjee and Crow engaged in a rapid back-and-forth that crossed centuries and academic disciplines and covered Mukherjee’s family history of mental illness, the eugenics movement, the Nazis, the genetic engineering of wheat, science education, the maker movement as applied to genetics, the human fantasy of perfection, and the personal histories of Gregor Mendel and Charles Darwin.

Crow pressed Mukherjee repeatedly on how humans can avoid “going down dark roads” and misusing genetics. The doctor-writer advised that “the antidote to the future is history.” We need to consider how wrong we’ve been in the past. “If I read you the list of people who attended the first conference on eugenics,” which included Alexander Graham Bell and Winston Churchill, “it would shock you,” he said.

Why, asked Crow, do humans want to understand genes and improve themselves?

“One of the purposes is emancipation” from disease, replied Mukherjee, before rattling off the “transformative” impact of the language of genes on our health, from vaccine development to the treatment of breast cancer.

During a lively question-and-answer session with the audience, Mukherjee was asked whether eugenics would be revived in this country. Mukherjee said he didn’t think the U.S. ever would have state-sanctioned eugenics. But he also warned, “we are entering a future in which we’re going to manage ourselves in eugenic ways. We might be splitting in class between those who can afford to manage our children eugenically and those who cannot afford to manage our children eugenically.”

Another audience member asked Mukherjee whether, given his family history of mental illness, he had taken advantage of technologies that allow him to have his own genome sequenced, or that of his children.

After thinking long and hard about it, he decided not to. “We don’t know what the determinants are for schizophrenia,” which has plagued his family, he said, so it would not be that useful. But he also was stopped by the “moral conundrum” of having two children. If, say, only one of them had the schizophrenia gene sequence, “would it change how I thought about my two children?”

“These are choices we will face … this is part of our future, it’s coming our way,” he said. “We better have—number one—the vocabulary to deal with it. And number two, the humanistic constructs to answer the questions being asked by our genomes.” 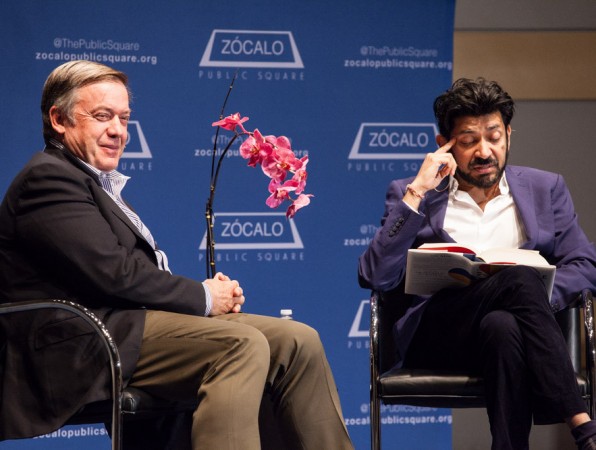 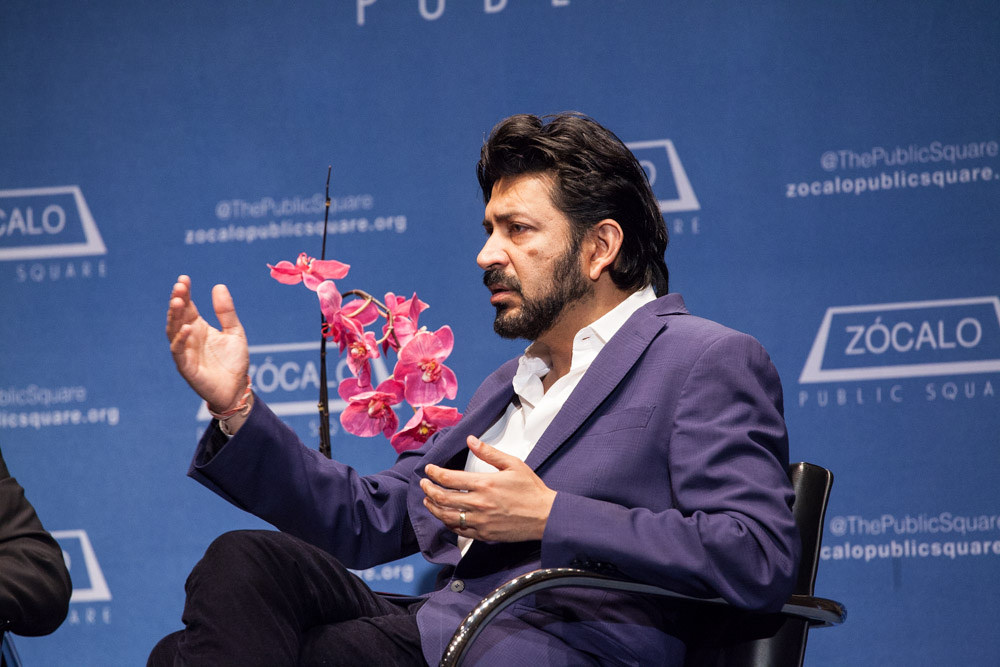 Siddhartha Mukherjee, author of The Gene: An Intimate History 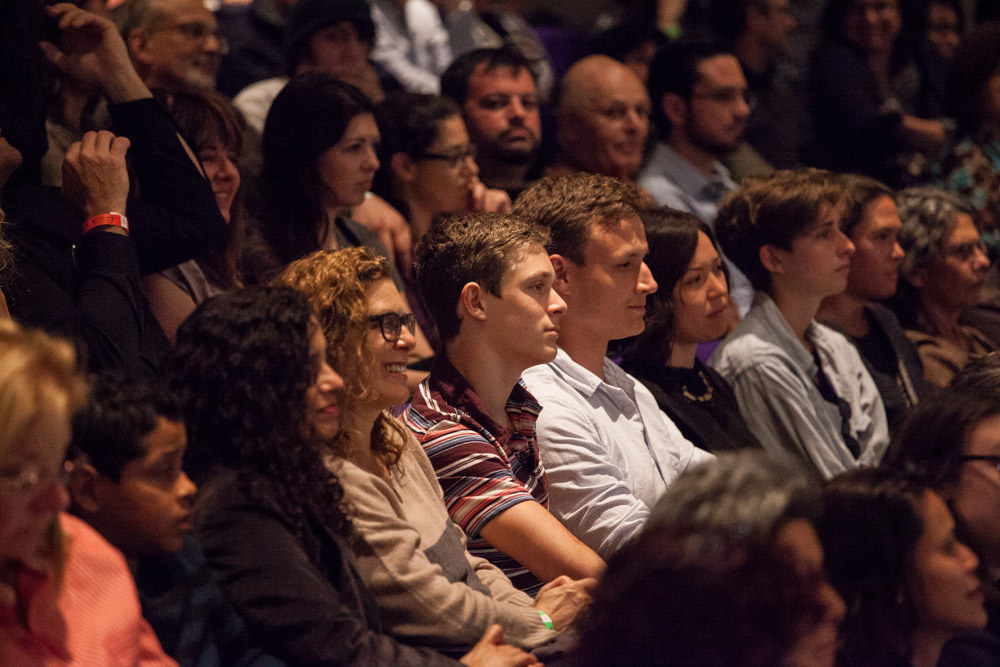 A full house at the Skirball Cultural Center 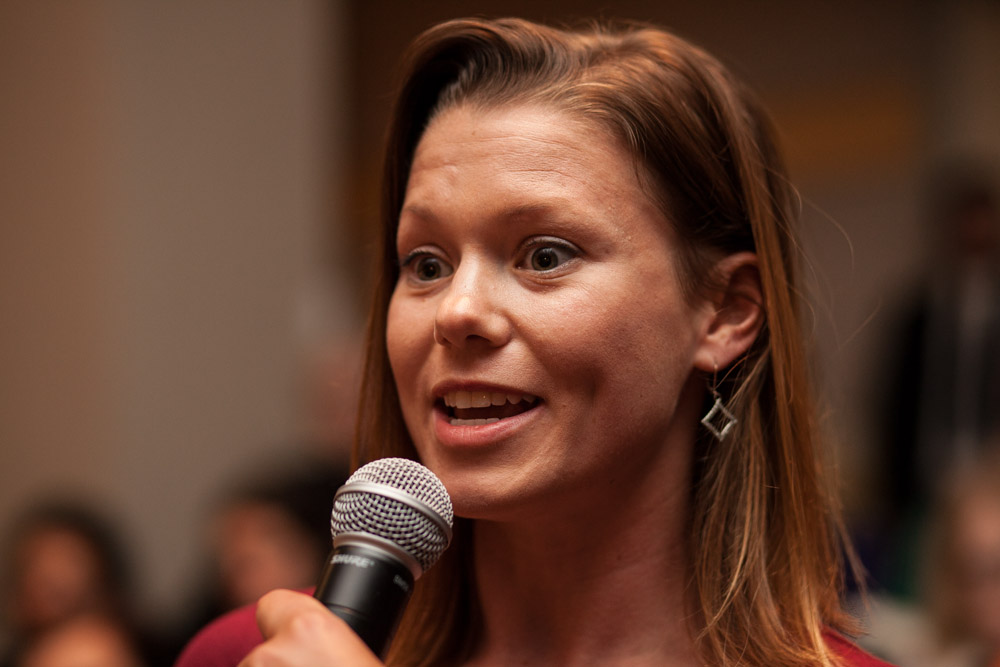 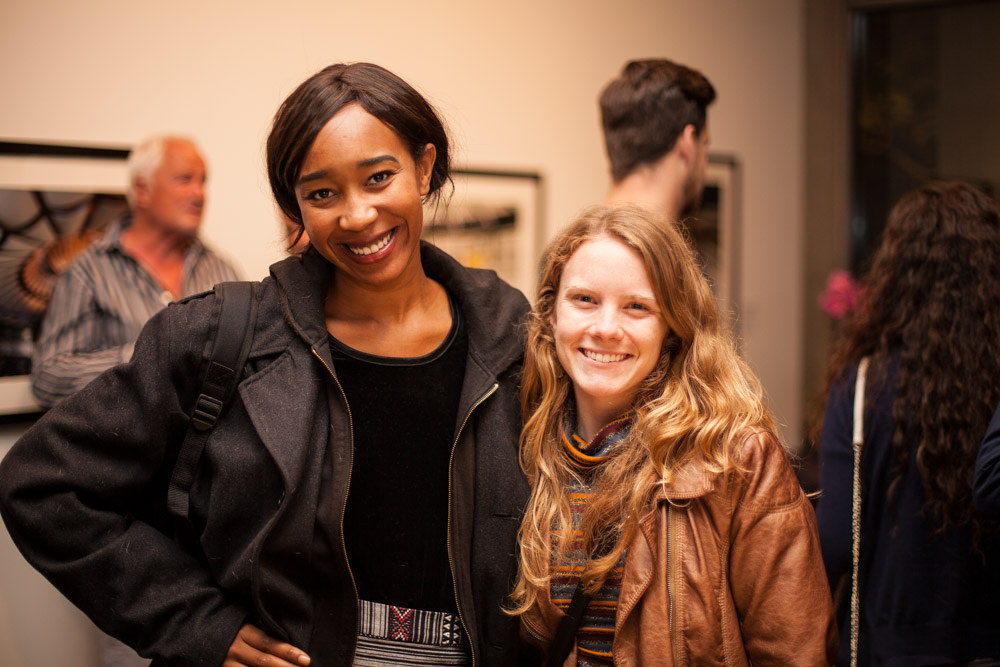 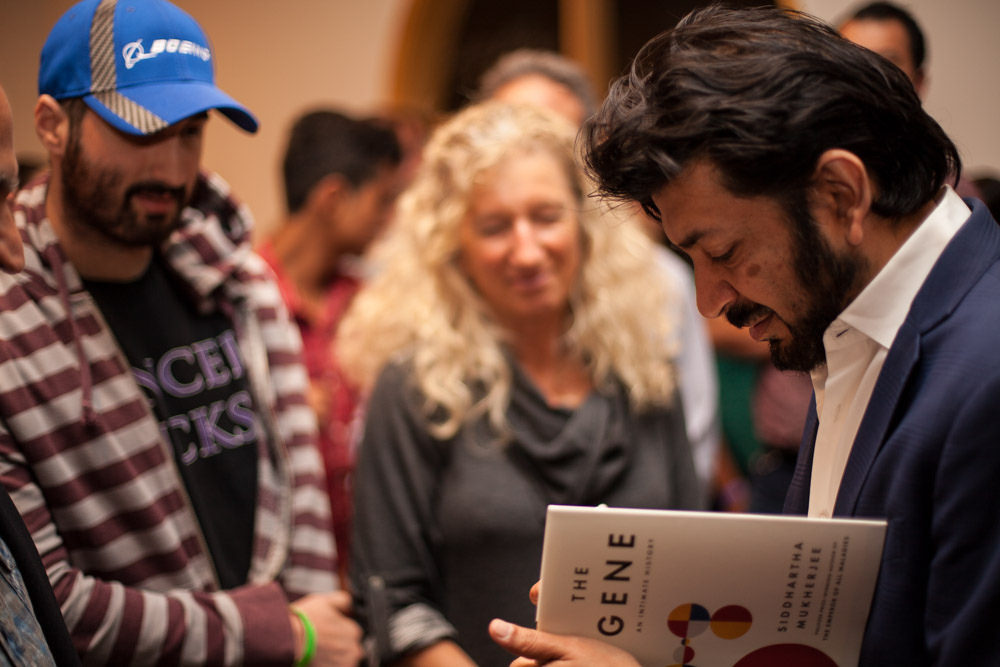 Siddhartha Mukherjee speaks with guests and signs books at the reception