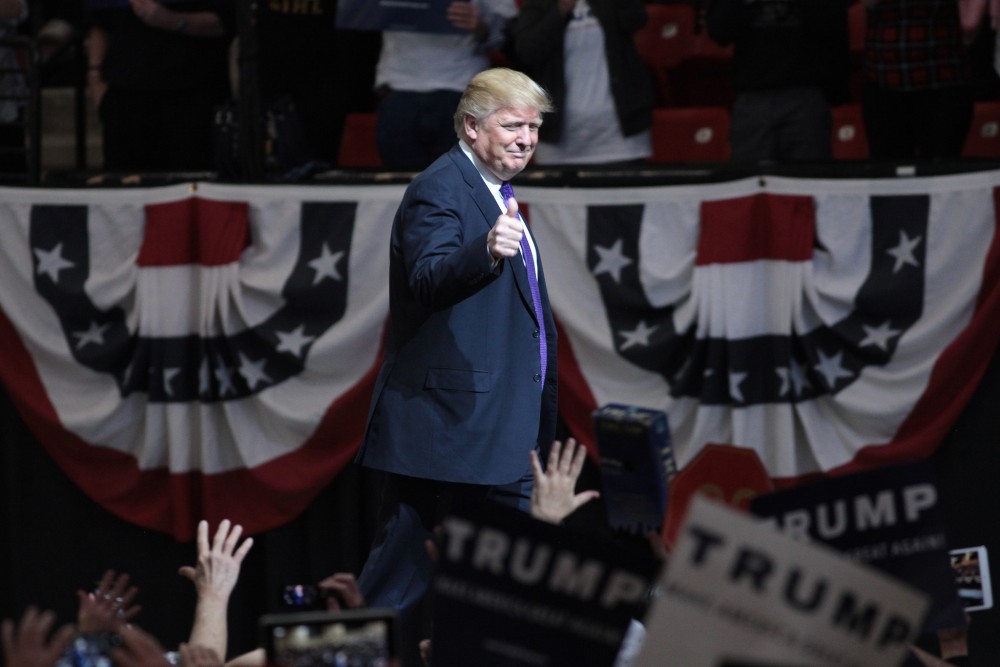 You have to give them credit: many journalists are confessing that they really blew it in the first act of this presidential election season. But most of their mea culpas are off point, apologies for the wrong mistake.

Serious people, and even professors of journalism, have long harrumphed about how polls and “the horse race” dominate election coverage, at the expense of eat-your-broccoli-type substantive reporting of candidate policy proposals. Nothing new there. What is new is the extent to which the media’s obsession with predicting electoral outcomes in advance has seeped into, and practically taken over, the candidates’ own discourse on the campaign trail.

It’s as if sideline analysis has become the game itself.

Trump is the caricature extreme of this trend, giving campaign speeches that consist largely of spinning poll numbers, critiquing the media coverage of the campaign (which the media can then critique, for Trump to then critique back, in a never-ending to-and-fro Wimbledon rally) [and throwing the occasional verbal Molotov cocktail a minority group’s way.]

But Trump is not alone. To an extent that would have been unimaginable not long ago, all candidates this election cycle have spent a fair amount of time discussing polls (selectively, of course) as the ultimate qualification for the highest office in the land. Even when candidates may not have wanted to engage in such horse race spinning, they were often forced to do so by poll-centric questions from the media—“Why are you running given such low poll numbers?”

This was the tenor of the campaign and its coverage even before the first votes were cast in Iowa. Such is the anti-democratic hubris of media elites: Why wait to let people make their choice on election day when we smart media folks can tell you the results in advance, and tell you why you and your neighbors voted the way you did?

The media, political operatives, and news junkies in this age of perpetual chatter and connectivity via 24/7 cable and social media feel compelled to show they’re in the know not just by explaining what’s transpired—but by being able to forecast with certitude what comes next. And so the media and news consumers who want to seem in the know fetishize certain superstar pollsters and data geeks, and congratulate themselves on the amount of data available to make foolproof predictions.

To an extent that would have been unimaginable not long ago, all candidates this election cycle have spent a fair amount of time discussing polls (selectively, of course) as the ultimate qualification for the highest office in the land.

Again, it’s all anti-democratic, we-know-best hubris. The media’s reliance on ever more complex predictive models advance what psychologists call the illusion of control. If there’s anything we can’t seem to tolerate in the 21st century, it’s uncertainty. And also surprises, which is why we’re seeing the outpouring of earnest if overwrought mea culpas from the media.

These apologies are more disturbing than the mistaken predictions. The apologizers in the media genuinely seem to think their inability to predict this primary season accurately was a blow to the republic—as opposed to their insistence on allowing their prediction addiction to drive, and distort, most election coverage.

Society’s intolerance of uncertainty (the media are playing to its audience, after all) and our mania for perfecting forecasting expands well beyond political reporting and analysis. Meteorology, the science we first think of when we think of “forecasting,” is a pursuit where less uncertainty is a societal good. You want to warn people to take an umbrella along on their commute, or abandon the coastline if an epic hurricane is heading their way. Blown climate predictions do deserve mea culpas and post-mortems—and there’s no positive interest in waiting to see where the hurricane will land, and withholding judgment.

The financial world, on the other hand, is an arena long ago perverted by data-driven forecasting. When you invest your savings in a publicly traded company these days, you’re not making a bet on how that company will perform objectively in the long run. You are betting on how its performance in a succession of quarterly short-terms will compare with the forecasts drawn up by Wall Street analysts. It’s not enough to await a company’s results; what matters is how those results conform, or don’t, to the earnings estimates (or “expectations”) imposed on it by outside data crunchers. For instance, in April, Wall Street threw a collective hissy fit when Apple “missed” expectations set by outside forecasters by reporting $50.56 billion instead of $51.97 billion in quarterly revenue. The company’s stock was whacked as a result, taken down 8 percent in a day.

Having a lot of brainpower attempting to predict what lies around the corner for a company, an industry, or the economy as a whole is not an inherently bad thing. It’s desirable, even, up until the point when forecasting becomes so important that its failures need to be treated like a disaster. For companies trading on the stock market, the tyranny of managing a business to meet the quarterly earnings expectations of outside forecasters end up stifling innovation and risk-taking. It’s the financial equivalent of campaigning on your poll numbers instead of setting your own agenda.

Perhaps the world of political analysis should look to the world of sports for a healthier model of how to blend forecasting with substantive analysis, without allowing the former to overwhelm the latter. Sports journalists and fans alike love making predictions, and devote a great deal of airtime and print (not to mention fantasy league energy) to picking scores and predicting individual performances. But, maybe because it’s still a game in the end, there is more allowance made for the notion that ironclad certitude is elusive, undesirable even. Studio broadcast analysts keep track of the accuracy of their predictions and good-naturedly compete and tease each other over them. But failed predictions don’t trigger weighty mea culpas about how media let society down.

The longest shot ever recorded by oddsmakers happened in the world of soccer last month, when tiny, impoverished and perennially struggling FC Leicester won the English Premier League, despite 5,000-to-1 odds. The story was a feel-good global phenomenon. The political media-operative complex should take note. Smart analysis can help explain how Leicester pulled off its championship, without having predicted it in advance. Some uncertainty is inevitable in life, at least until the games are played, and the votes are cast. And that’s OK.