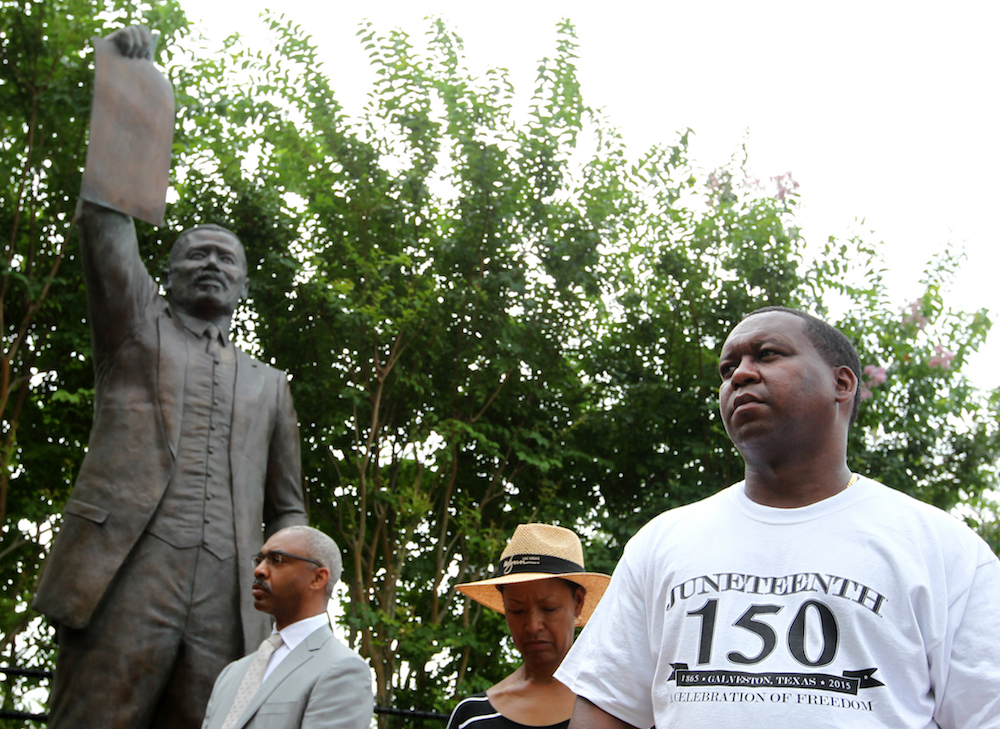 When my husband and I moved to Galveston, an island city on the Gulf Coast of Texas, in 1991, I was exhausted by racial hatred and violence, and Juneteenth was not a holiday I celebrated. I did not know it at the time, but those two facts would soon become deeply intertwined. Growing up in the Northeast, I’d never heard of Juneteenth. Even later, after I learned of this holiday’s importance as the oldest known celebration commemorating the end of slavery in the United States, I didn’t observe it particularly.

We arrived from a small city in what Texans call “Deep East Texas,” where, as journalists, we’d witnessed hate crimes and covered both the murder of a black man at the hands of police officers and black riots protesting police violence.

What struck me immediately in Galveston was the warmth extended to us. Juneteenth played a central part in that. We were invited to first one Juneteenth event and then another. Hymns were sung, re-enactments were performed. We welcomed this community embrace with no small degree of relief. We felt we’d come home, a feeling intertwined with a holiday we were just beginning to understand.

We’re an interracial couple; I’m of African descent, and my husband is of European descent. I try not to place us in categories now, but that’s how we saw race then and how some people still see it. In our new home, we felt it was important to stand up for the rights of people of color, especially people of African descent. We wanted—for ourselves and our young son—to make our city and country a better place to live. We set about doing that as best we could, in our respective jobs, he as a newspaper editor and I as a college instructor, and in our quest to know this unique holiday.

Juneteenth marks the end of slavery in North America. While it’s true that enslaved people were ostensibly freed in the U.S. by the Emancipation Proclamation, signed in 1863, the order could not be enforced until the Confederate armies were defeated. Texas was on the frontier in those days, and thus the last bastion of slavery. The Union Army—Maj. Gen. Gordon Granger and troops—arrived only in June 1865. 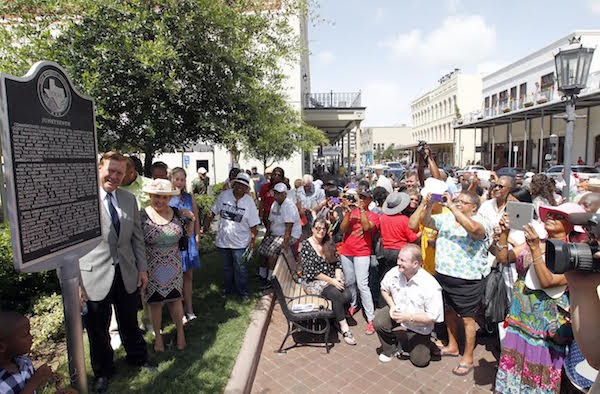 The crowd gathers for photos of the Juneteenth historical marker in Galveston, Texas in 2014. It was placed at the site of where the Osterman Building, the Union Army headquarters, once stood.

On June 19, General Order No. 3 was read aloud in Galveston. (According to one of several competing local traditions, this was at Ashton Villa, a home built by slaves.) “The people of Texas are informed that in accordance with a Proclamation from the Executive of the United States all slaves are free,” the order announced. “This involves an absolute equality of rights and rights of property between former masters and slaves, and the connection heretofore existing between them becomes that between employer and free laborer.”

The news set off joyous street celebrations, and every year since, on June 19, in Galveston—and increasingly other parts of the U.S.—people have recognized the importance of this day, with picnics, prayers, pageants, and parades.

So, what would my role be in observing this holiday? I thought of the tragedies and soul-wrenching challenges my own relatives experienced during the brutality and the violence of slavery and Jim Crow. A great uncle of mine was murdered in Skokie, Illinois. A grandfather was murdered by a white store clerk in Tennessee; my great grandmother was murdered as well.

These blows weakened our family’s ability to survive, our very foundation of economic and emotional support. Countless others suffered similar losses.

The murders of my father’s father and father’s grandmother are part of a complicated history for African Americans. Though Granger’s order inaugurated a different relationship between the formerly enslaved and former white slave owners, many African Americans, such as my grandfather and great grandmother, did not benefit from a new social and economic order.

Throughout Texas and the South, many were not paid a fair wage for their work. Many were killed or unfairly deprived of opportunities. As a result, many of their descendants have struggled. 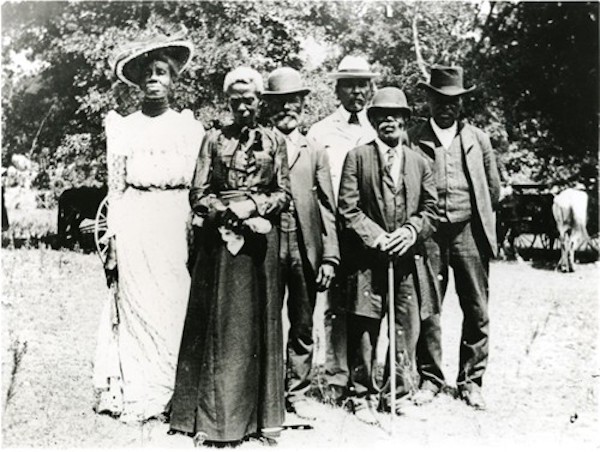 A Juneteenth celebration in Texas in 1900.

The lingering effects of slavery may be a reality Americans don’t want to face. But they are part of our American history, as well as part of my family history. I shared them with my husband, and he comforted me when I tried to write about them. Gradually it dawned on him, too, how important it was to celebrate Juneteenth. Juneteenth is a time for acknowledging loss—and a time for mutual support among those who have suffered the same. It’s a time for observing a momentous change, celebrating our survival against some tough odds, and looking ahead to further change.

From the very first time my husband and I held hands with other citizens in Galveston during a Juneteenth prayer circle, we were all hoping for a better day.

My husband began to write editorials for the local newspaper advocating that Juneteenth receive formal national recognition—it’s been a state holiday in Texas since 1980—not as a paid holiday, but a day of observance.

Last year, Galveston marked the 150th anniversary of Juneteenth with a reenactment of the delivery of General Order No. 3 as well as honors for Jack Johnson, a Galveston-born world champion boxer. Many of the observations are held at the Old Central Cultural Center, the site of the state’s first African American high school, which opened its doors in 1885. At that time people of color came from Louisiana to get an education for their children, not possible in their own state.

Meanwhile, Galvestonians involved in Juneteenth—including a former city manager and the founder of the local African American Museum—are advocating for the idea that the time is right for the Juneteenth holiday to receive national recognition. The ongoing struggle for human rights and civil rights requires persistence and courage. Juneteenth is a story that has its own context: It celebrates how far we’ve come and recognizes how far we still have to go.