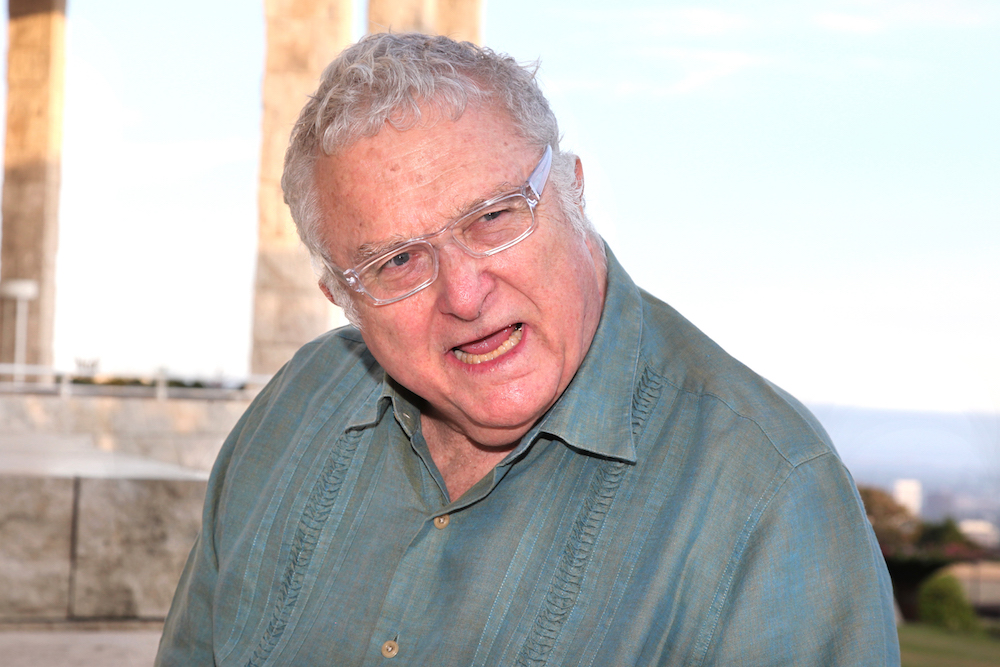 Celebrated American singer/songwriter Randy Newman—the man behind songs including “I Love L.A., “Short People,” and “You Can Leave Your Hat On,” as well as the scores of many movies, including all three Toy Story films—is a Los Angeles native and the recipient of many honors, including six Grammys, three Emmys, and two Academy Awards. Before being interviewed by Zócalo publisher and founder Gregory Rodriguez at an event co-presented by UCLA at the Getty Center, Newman talked in the Zócalo green room about his antipathy toward nuts, the last two songs to get stuck in his head (courtesy of The Lovin’ Spoonful and The Beatles), and his affection for the trees in two of L.A.’s toniest neighborhoods.

Who is the one person, living or dead, that you’d love to have a beer with?

Oh, my forehead’s all crinkly from thinking. I liked a number of books by V. S. Naipaul at one time. If I could have talked to him at the right time, I wouldn’t have minded. I tried talking to him one time, and he might not be a very good choice. So maybe Mark Twain.

What’s the last habit you tried to kick?

Eating too much. I’m too old to have that kind of weight on me if I want to live. You don’t see many fat 80-year-olds.

Sitting there at the piano. I never think of anything otherwise.

What’s the last song that got stuck in your head?

“Did You Ever Have to Make Up Your Mind.” It got stuck there years ago, and it’s still there. John Sebastian, The Lovin’ Spoonful. “Blackbird singing in the dead of night …” That one, too.

Awesome! I’ve never said it till right then. I don’t use that kind of stuff much. “Where’s the remote?”, I’m afraid. It’s too bad TV’s gotten kind of good, and you can tape everything in the world.

More than I think, but I don’t think I’m superstitious at all. I’ve got a son, he’s 22, and when he breaks a mirror, he says, “Oh no!” Redheads will throw him off. I don’t know where he got it. My mother was Southern, and my first wife was German, from the Black Forest almost, and they had superstitions I’ve never heard of.

How do you pass the time when you’re stuck in traffic?

I listen to music or the radio.

I like the trees on Maple Drive in Beverly Hills. And the trees in Bel-Air. I don’t know anyone who lives there, but I sure like the trees. There’s a book called Trees of Santa Monica that tells you the names of trees in yards.

What food won’t you eat?