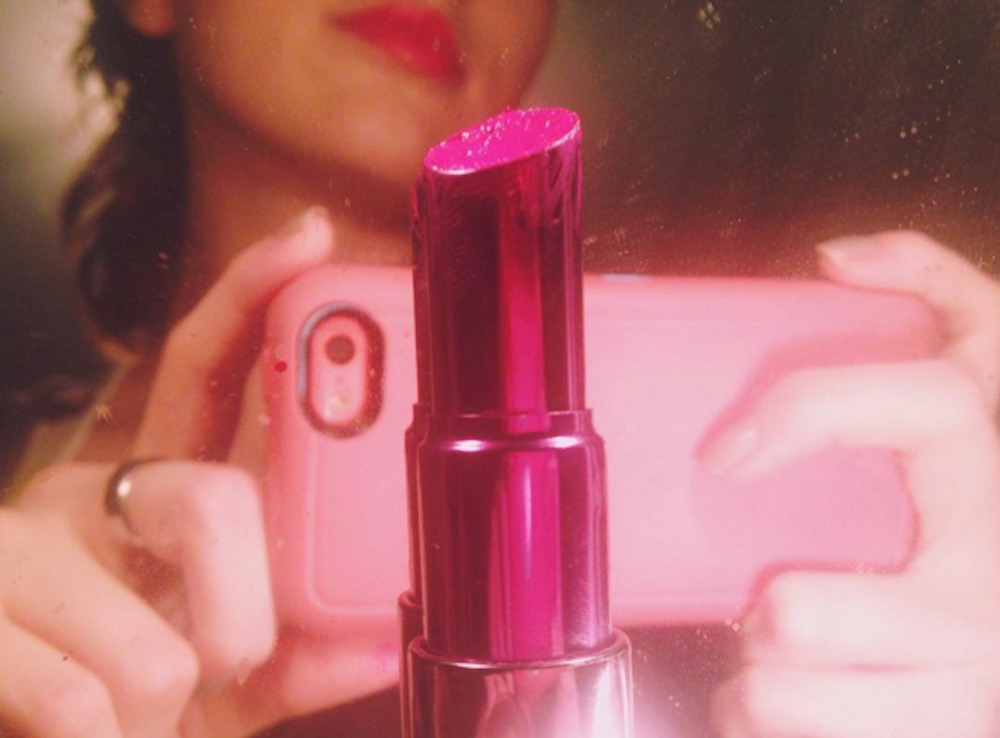 There’s an Elizabeth Taylor quote I wrote inside my journal in high school. It’s the kind of quote you see printed on tacky spiral notebooks, bordered by rhinestones and paired with a set of pastel gel pens. You’ve probably seen it hanging on a plaque in a discount home decor store: “Pour yourself a drink, put on some lipstick, and pull yourself together.”

At 16, I was too much of a goody-two-shoes to consider underage drinking, but I equated lipstick with a poise I didn’t yet have. I saw myself as oafish, an embarrassing, unladylike teenager with much to learn. So, I tried to become a woman worthy of mass-produced rhinestone notebooks. I wore lipstick every day, and I started starving myself.

“Do you remember when you decided to do it?” I’ve been asked this question a handful of times, as though I sat down and charted a five year plan for destroying myself from the inside. No, I don’t remember the first time I thought seriously about anorexia. I know I was 14 or 15 when I first became dissatisfied with my body. That’s when I started logging my calories—just to maintain a healthy weight, I reasoned, and then just to lose a couple pounds. I stopped writing my caloric intake down once I’d memorized hundreds of calorie counts, and never went over 300 calories in a day anyway.

I remember taking glucose tablets to school so my blood sugar would stay up and keep me awake. At the bell, I would run to my next class of the day so I could nap through the remainder of the four minute passing period. I slept through lunch. In the school bathroom, it was everything I could do not to shatter the mirrors. Disgust at myself turned into an uncontrollable rage. Even after all I did, I was still so huge, so hideous. How?

The psychological discomfort of anorexia is so extreme, it sounds impossible. It feels ridiculous to even talk about, even though it produces sensations of true horror. I cannot emphasize enough how terrifying it is to spend hours looking in the mirror, searching for a sign—any sign—that you are inside the body you see. 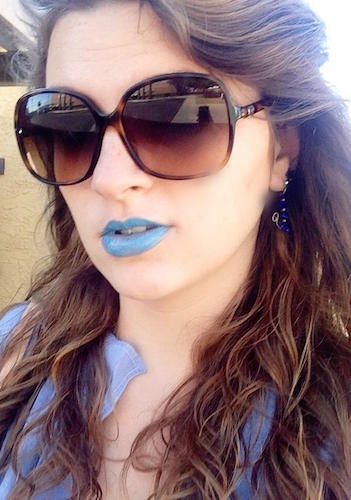 Hayes wearing one of her creative looks.

When you spend enough time staring at yourself, your body seems foreign, removed. This is a tenet of abject body theory. When you focus on a single flaw, it becomes detached, a malignant “other” that seeks to destroy you. For anorexics, that abjection applies to the entire body. I went years without seeing myself in the mirror. I saw a monster, facial features I’d analyzed until they seemed cadaverous, layers of fat and muscle and skin that were no longer human, but grotesque. I didn’t see myself, and it didn’t feel fair to be trapped inside a body I thought was oversized to the point of being freakish and terrifying.

Even when I was starving, unable to stay standing or awake for more than a few hours at a time, I still saw myself as repulsive, engorged, and hulking. This is laughable; at 5’7” and 125 pounds, I was hardly a behemoth. But I was a head taller than all of my girlfriends, most of whom weighed 100 pounds soaking wet and were on laser-focused diet plans of their own.

There was also the matter of my personality, which is the one part of me that is undeniably oversized. I have always been a performer in some capacity, and that disposition doesn’t lend itself to feelings of delicacy. “Larger than life,” I’ve been called, and what a choice of words. I knew the moment I opened my mouth my veneer of normalcy would crack. So I set about crafting a façade as close to typical as possible.

I went to my friends and asked for their help, and they taught me how to wear makeup. Not to experiment with makeup, mind you, but how to use makeup to mask my flaws. Those flaws were not, as I assumed at first, the occasional pimple or patch of dead skin. My eyes, my nose, the curve of my cheeks—these were my flaws, ones I’d had all my life. So I began to use makeup to reflect attention away from the parts of me that still protruded, puffed, and swelled. I would rarely leave the house without foundation, contouring, eyeliner, mascara—a facsimile of my friends’ faces, if I couldn’t copy their bodies.

In college, I started to “recover” from anorexia in the physical sense. That is, I had to choose between eating and failing out of school. I took on an ambitious course load and a number of extracurricular activities, and I reluctantly began eating again. But my relationship with my body was more fraught than ever. My body’s metabolism wasn’t accustomed to regular meals, so I overachieved again, zooming past the Freshman 15. In less than three months, I gained 40 pounds, and I was miserable. I experimented with new makeup techniques to mask my weight gain. I invested in more cosmetics instead of the frustrating process of shopping for clothes.

I cannot emphasize enough how terrifying it is to spend hours looking in the mirror, searching for a sign—any sign—that you are inside the body you see.

And then, as it always does, my creative nature took hold.

As I emerged from the mental fog of starvation, I became restless. I sought out more to do in the city. On stages, I told jokes and recited poems. On my face, I went wild with texture and color. It started with a tube of purple lipstick that became my go-to color; then I tried a red eyeshadow that startled me by being flattering. I found solace in green, glittery lipsticks that made my lips look like a fairytale frog prince. Some days, I would leave the house with a neon pink monochrome face—eyebrows and all—to match my outfit.

The art of changing my face distracted me from the pain I’d felt. In fact, I liked when I looked “ugly.” People took notice of my outlandish makeup palettes, and then took notice of everything else I was doing. I also discovered that other people wanted to wear fun and silly makeup looks too, and suddenly I was making friends and teaching them how to make their black lipstick stay on all day and how to replicate eyeshadow looks from ‘70s fashion magazines.

I proved to myself that I didn’t need to be delicate and dainty to be seen as worthy. I could make a radical transformation in my appearance, and at the end of the day I could take it all off. Maybe I didn’t love the face and body under the makeup, but no matter what I layered atop it, it was always there. Even on the days I didn’t recognize myself in the mirror.

My mind and body are at a ceasefire. There are days when I still want to shatter mirrors, when my reflection seems insidious. But most mornings, I wake up and greet myself with a smile. I have some degree of control over what people see when they look at me. Even better, I know who I am underneath everything I show the world, and that can’t change.