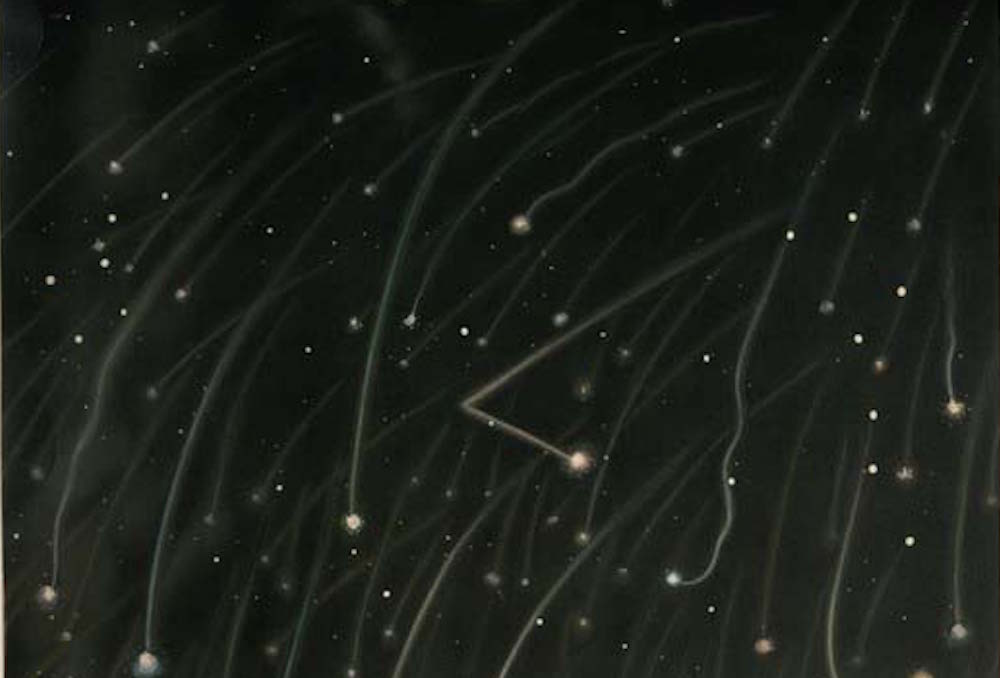 I never bought it—the one about the Chinese poet drunk one night, leaning out of a boat in
order to embrace a watery reflection of the moon, and drowning . . .

More likely it happened like it did with Poet Dan, who lived in a tent by the side of the creek
in Topanga. One night looking up during a meteor shower he accidentally dropped his
poetry notebook in the water. A few of us saw him try to retrieve it. He stumbled, hitting
his head on a rock, and died facedown in the muddy shallows before we could reach him.

Poets and non-poets–we’d all been drinking. That night we’d all been looking at the
winking face of heaven, wanting in . . .