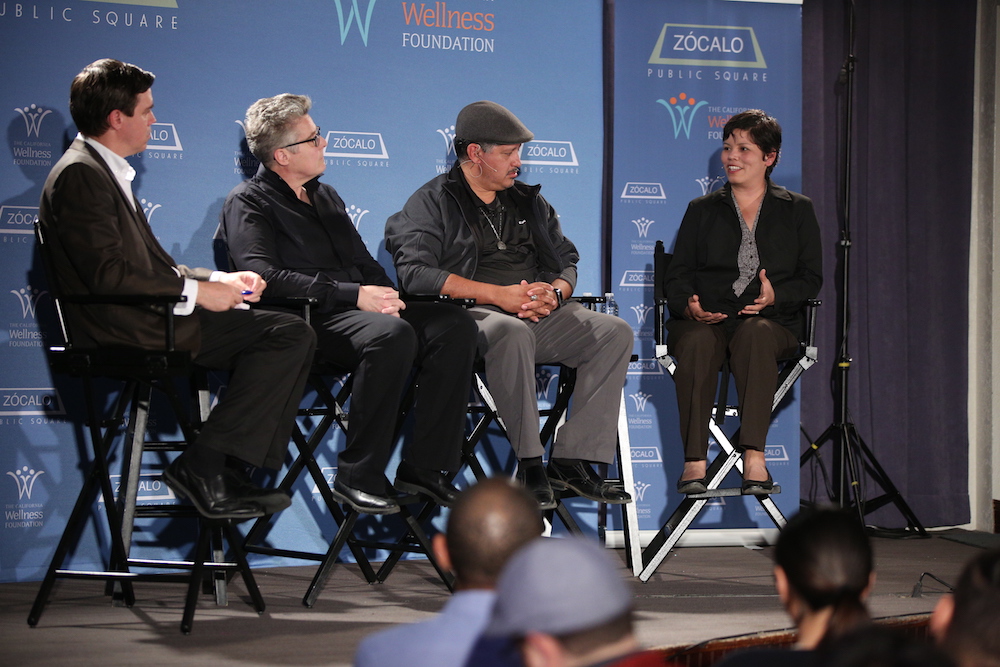 While Central Valley communities are creating their own solutions to stubborn problems neglected by county, state, and federal government, they also need government to offer more support for successful local efforts—without hamstringing them.

That message was conveyed by three panelists, each deeply immersed in community-based organizations, at a Zócalo Public Square/The California Wellness Foundation event at Frank’s Place at Warnors Center in downtown Fresno.

The discussion, in front of an engaged crowd from across the valley, toggled between criticism of government as limiting more responsive and nimble community efforts, and calls for the government—the only institution big enough to counter societal inequities—to do more for communities.

The evening was framed by findings of the Advancing Wellness Poll from The California Wellness Foundation, which found that people in the Valley were more likely than other Californians to give their communities poor ratings on neighborhood health. The panelists discussed specific examples of community interventions that came in spite of government—from a health clinic in an old bus to local gardening and gleaning programs to residents who run free taxis for their neighbors.

Moderator Joe Moore, director of program content for Valley Public Radio, opened the discussion by asking Sarah Ramirez, executive director of FoodLink for Tulare County, a regional food bank, why government was not taking more on. She replied there was fear in government—about taking on too large a role in communities, about not being perceived as taking sides, and about engaging too closely with very sensitive neighborhood topics.

On the other hand, Ramirez said, when government does get involved in supporting community-based organizations, it has a tendency to try to impose rules that make organizations less flexible and less responsive to community needs. “Don’t say to me, ‘No, that’s not what a food bank should be doing,’” she said, “Because we’re trying to be responsive in multiple ways to our communities.”

Ramirez has had to push back against larger partners who wanted to decide who was deserving of food and who wasn’t, as she built food banks to serve everyone. “Not being tied to government … gives us a lot of freedom,” she said.

Leon, of Valley LEAP, discussed in detail the success of the Green Raiteros grassroots rideshare in the small Fresno County city of Huron. He said communities gain respect by providing services—in this case transportation—for themselves without going through government channels. He noted that Huron, a city of less than 10,000 which is part of a larger school district, is seeking to split its district so it can it have its own school board.

Leon said government could provide scale to services and ideas that start with communities. He noted that he’s seeking cap-and-trade money, under AB 32, California’s climate change law, to extend Huron’s ride-sharing infrastructure throughout the county.

But self-sufficiency, Leon argued, provides connections between neighbors, and thus crucial protection, particularly to poorer communities government has neglected. “You have no culture, you lose identity, you lose roots, you lose that resiliency,” he said.

Another panelist, Kris Clarke, a social work researcher at Fresno State who is also affiliated with the University of Helsinki Finland, cautioned that while community work is important, it couldn’t completely substitute for government. Clarke said that governments not only in the Central Valley—but also around the world—had been withdrawing from addressing social and community needs in recent decades.

Government, Clarke argued, must do much more to tackle larger social inequities—especially to counter poverty among children—while learning from community groups about how to deal with people. “We need to rethink what government should be doing, so we don’t end up having so many vulnerable people,” Clarke said. “There are a lot of ways you could support community through the government … It doesn’t have to be a faceless bureaucratic way.”

In response to questions from the audience, panelists discussed new ideas in their communities—for a cookbook library of health recipes, mobile pantries, and a new electric vehicle maintenance shop.

The panelists said they shared the frustration with government and larger institutions, but they also struck an optimistic tone. Clarke said she was impressed by younger people in the Valley, particularly her own Fresno State students.

“As these students get older, they will challenge these aspects of government that are not recognizing their own communities and needs,” Clarke said. “The Valley has changed, and that has given us a tremendous opportunity right now to make it a more compassionate and open place.” 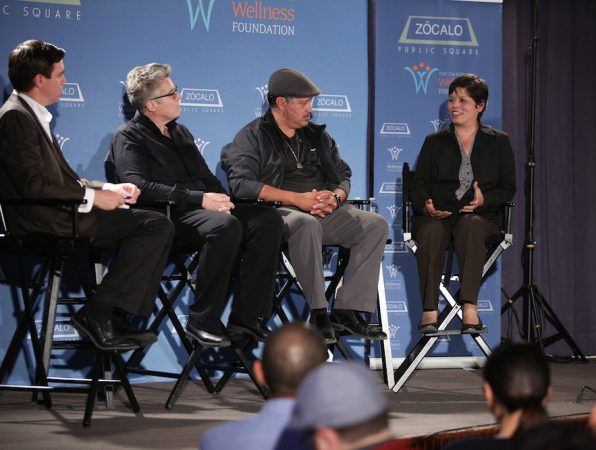 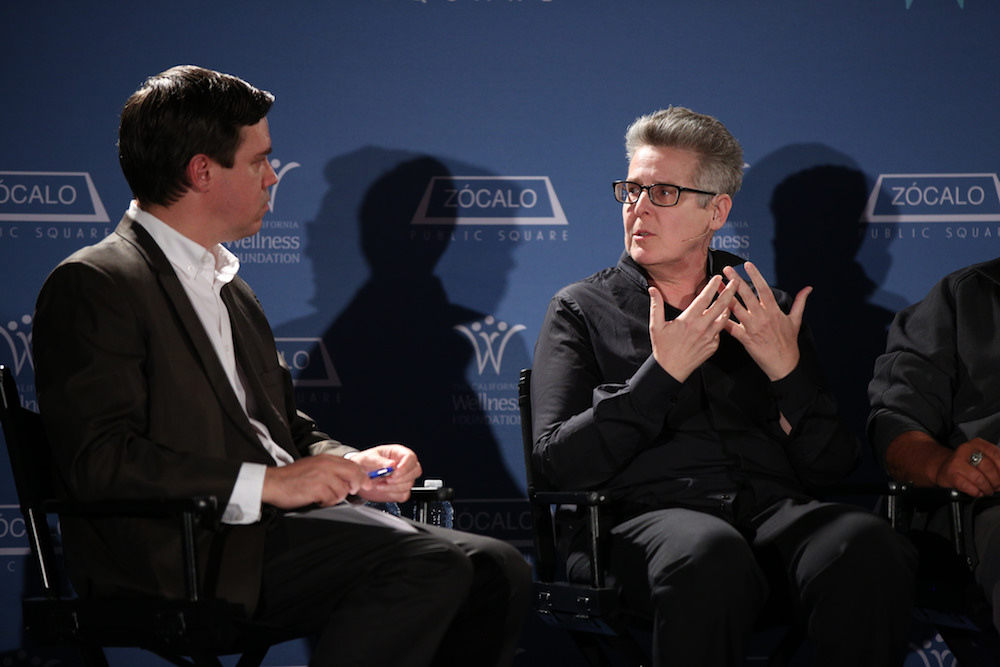 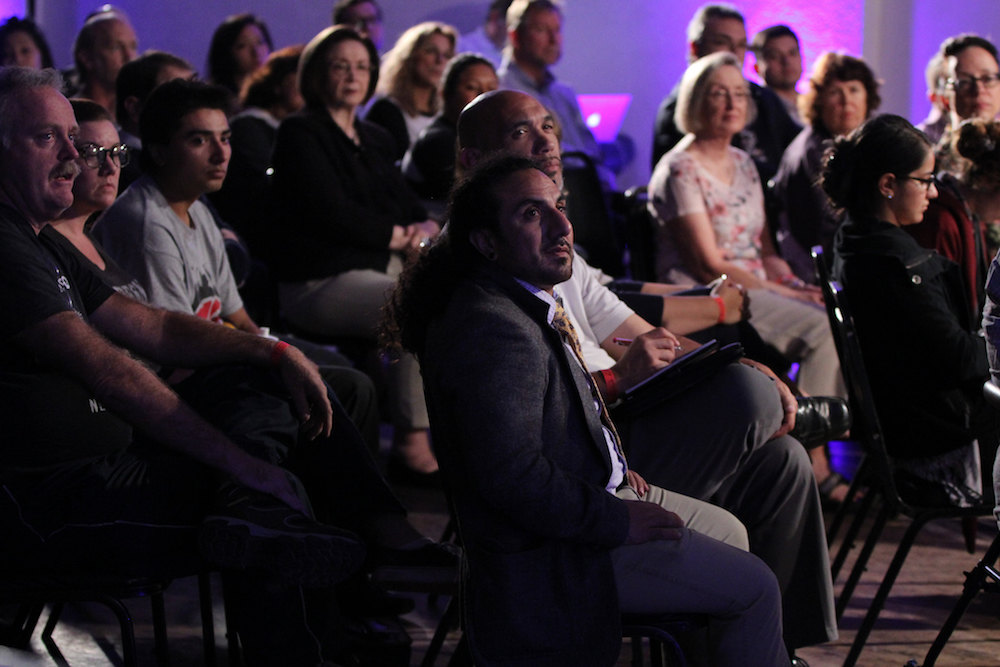 An engaged crowd at Frank's Place at Warnors Center 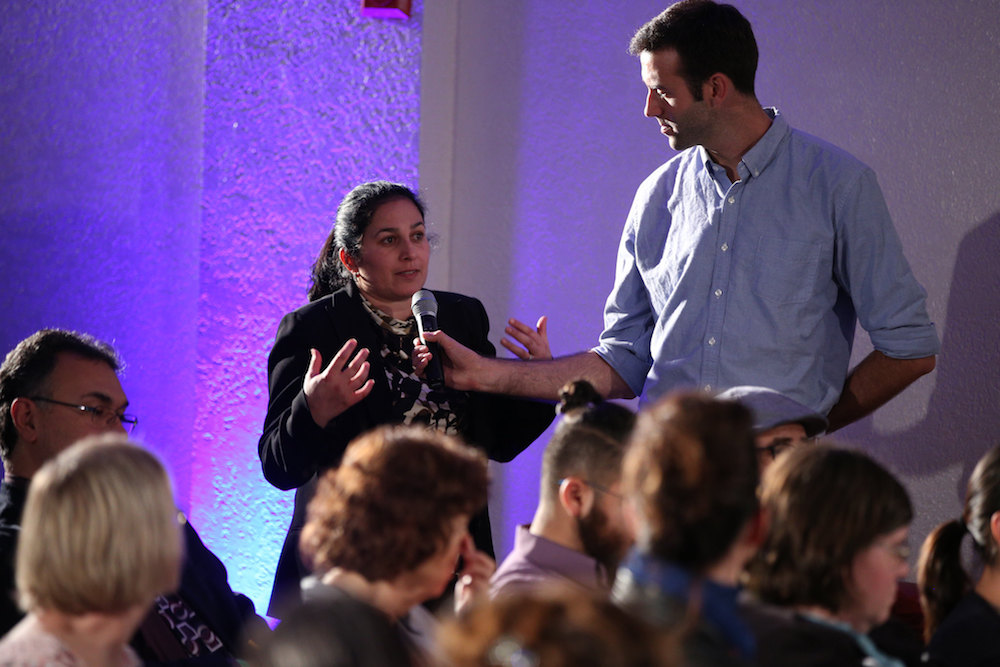 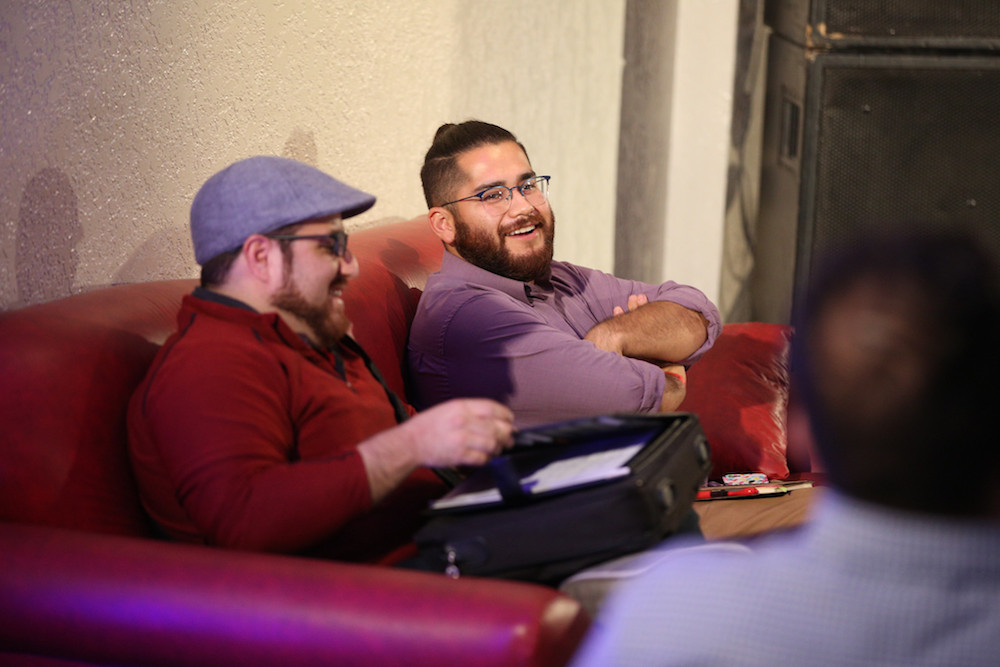 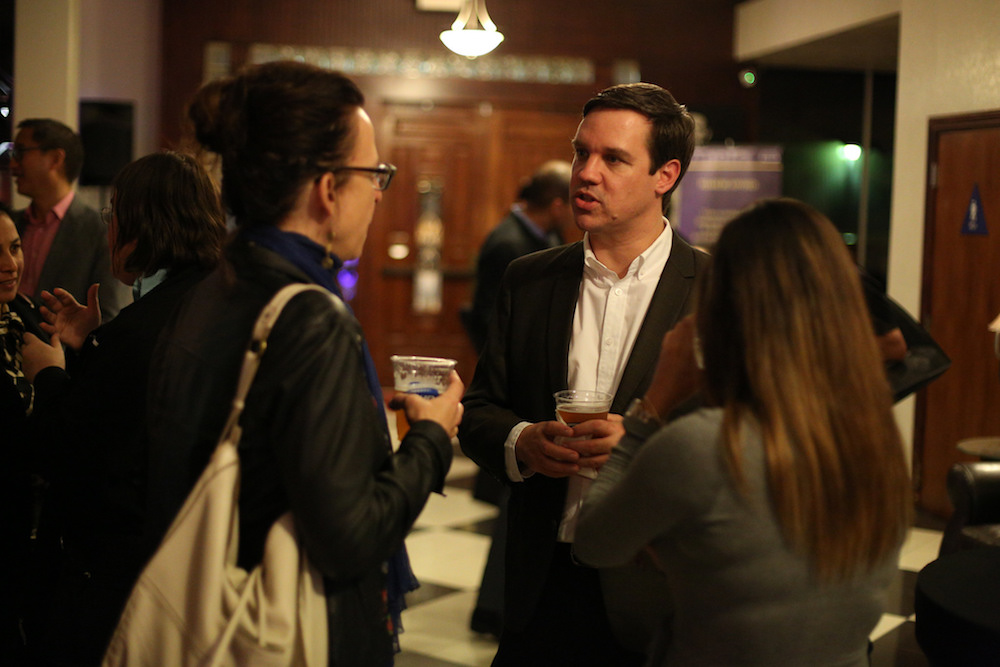 Joe Moore speaks with guests at the reception