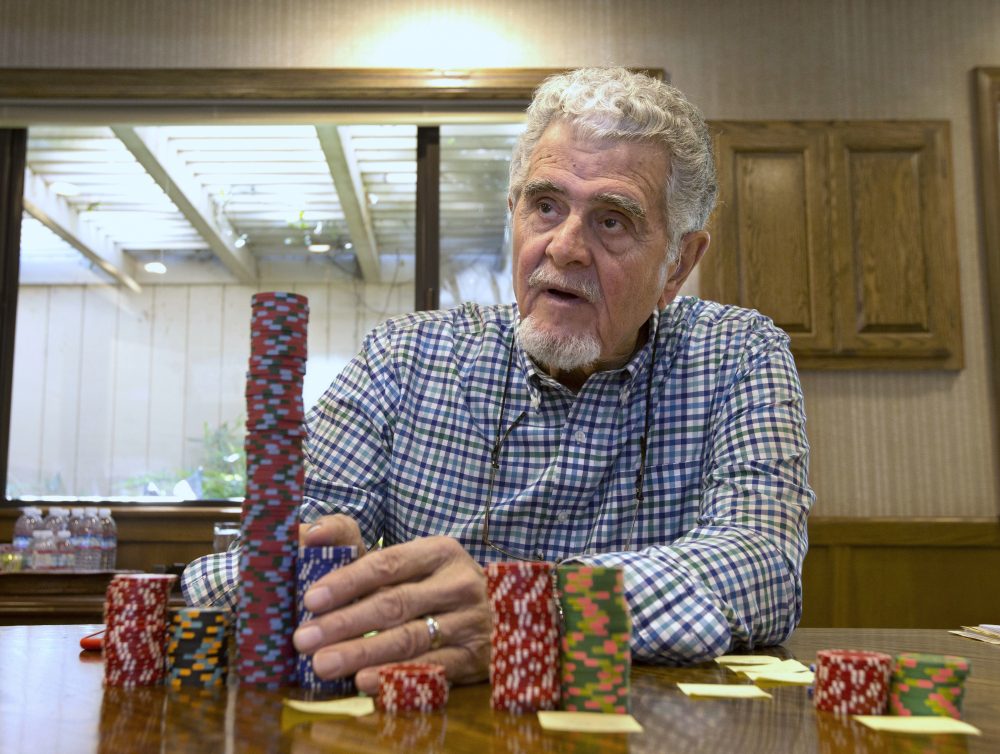 Here’s a new maxim for Californians to live by, courtesy of this election: Don’t dismiss apocalyptic warnings from Stockton.

If you’re a Californian with a television or a mailbox, you’re encountering a barrage of ill-advised Stockton dismissals. Specifically, Gov. Jerry Brown, labor unions, and Sacramento building and infrastructure lobbies are trying to defeat a November ballot initiative—Prop 53, which would require voter approval for state revenue bonds of $2 billion or more—by marginalizing it as merely the flawed idea of a rich and selfish “Stockton farmer.”

This messaging turns out to be doubly wrong, as I learned firsthand on a recent visit to Stockton.

For one thing, the “Stockton farmer” slight badly underestimates the man in question, Dino Cortopassi, who turns out to be a formidable if blustery businessman with diverse interests, a knack for marketing, and a taste for taking on difficult fights. For another, the political message trivializes the real trauma in the city of 300,000 as it struggles through the aftermath of municipal bankruptcy. As a result, Stockton and its citizens, including Cortopassi, know the perils of irresponsible borrowing like Pittsburghers know steel and Houstonians know oil.

Cortopassi grew up on Stockton’s eastside and has spent his life in the area, despite amassing a multimillion-dollar fortune that would allow him to move anywhere he desired. He’s also all too familiar with the difficulties of debt. He started as a tenant farmer, borrowing heavily to buy equipment and farm as much land as he could, and then plugging back the profits into further expansion.

“I was in debt a long part of my life,” he told me during the half-day we spent together in a conference room at his business. “Debt never goes away. So when you borrow, don’t forget you have to pay it back.”

Cortopassi, 79, got ahead by doing things the hard way. He specialized in “headache” crops—like tomatoes, cucumbers, bell peppers, and onions—that require more labor and attention, and that carry more risks in terms of weather, disease, and volatile market prices. While he identifies himself as a farmer (albeit a retired one), much of his business was in food processing. Business associates say he was an early adopter of new technologies, an unusually talented marketer, and maker of food brands, and a savvy investor (most notably in Dreyer’s ice cream). And his combativeness distinguished him; he was willing to wage big fights against larger food companies and against powerful unions, including the Teamsters, when they crossed him.

In recent years, as he’s stepped away from day-to-day management of his business, Cortopassi has had time to watch, with growing fury, as his hometown of Stockton declined and ultimately fell into bankruptcy.

That Stockton story is a convoluted one. But the heart of the tale is this: The city accumulated all sorts of unsustainable debts in a variety of ways, without realizing it.

The fundamental lesson is that when things go bad, even private debts or “safe” borrowing for projects can unexpectedly become obligations for the public. Stockton’s leaders had assumed that city revenues would keep increasing. Then the housing market collapse overextended Stockton homeowners and crushed the city budget. The city had little cushion because it had borrowed aggressively in the previous decade to pay for various public buildings, an arena, housing projects, and marina and downtown improvements. The final straw was a bond that Stockton sold in 2007, just before the financial crisis, to try to cover the costs of compensation and pension benefits it had promised its employees.

As a result of its crisis and bankruptcy, Stockton had to cut all sorts of basic services, including policing. That’s contributed to an ongoing tragedy: Stockton has one of the highest crime rates among California cities and is one of the country’s most violent places.

Cortopassi says he was frustrated about how, despite the fiscal carnage in Stockton and other cities, public borrowing has continued apace, with too little public attention. So, using rhetoric about as subtle as that of your angriest uncle, he’s started issuing warnings—in interviews, in self-published pamphlets (including one called “Liar, Liar, Pants on Fire!”), and, in a charmingly journalist-friendly touch, newspaper ads about “the Sacramento gang” that is borrowing without understanding the dangers of the “Debt Dragon.”

The fundamental lesson is that when things go bad, even private debts or “safe” borrowing for projects can unexpectedly become obligations for the public.

Cortopassi can be loud and bombastic. During our half-day together, Cortopassi yelled at me when I argued with him about the finer points of Prop 53 and about some of the numbers he uses on state debt. But, beyond the bluster, I found him to be quite thoughtful and strategic.

Prop 53 reflects Cortopassi’s strategic impulses. It can appear like a broadside against one mode of borrowing—a requirement for voter approval for state revenue bonds, bonds that have some guaranteed source of funds to pay them back (like tolls for a bridge). But the initiative is a carefully crafted political document full of exemptions for local governments, and with a requirement so high—only bonds of $2 billion or more would require voter approval—that it’s not clear to me that it would have much practical impact at all. After all, California voters approve most of the bonds upon which they already cast ballots. And state revenue bonds are hardly the only financing mechanism available to big projects.

What’s more, revenue-bond projects of that size are rare—precisely because it’s so hard to do anything big in California these days. The state’s non-partisan legislative analyst found Prop 53, if approved, would only prove an obstacle to two current state projects: High-speed rail and the governor’s proposed water tunnels through the Sacramento-San Joaquin Delta. And both of those projects face so much opposition and so many obstacles that they could both die whether Prop 53 passes or not.

Cortopassi has business interests in the Delta, so the “No” on 53 campaign has argued that he’s acting primarily to frustrate the tunnels and serve himself. Cortopassi acknowledges his fervent opposition to the tunnels and desire to protect the Delta (among his passions there are restoring marsh habitat and duck hunting) but says his Delta interests are less than 5 percent of his empire.

When pressed, Cortopassi said that Prop 53, like any ballot initiative, can’t do everything. His goals for the measure, he told me, are to gain attention for the state’s debt issues and to win a victory at the polls that could set up future initiatives and political action to force a reckoning with debt.

Whatever you think of Prop 53’s particulars (and I remain skeptical), Cortopassi’s larger point is inarguable: California and its many governments have taken on too many different kinds of debts, and leaders and citizens alike are not facing up to them.

In his ads and writings, Cortopassi shows how debt is already cutting into the public services upon which Californians rely. He writes about how the state’s prison realignment has created new and largely hidden financial burdens for cities, including Stockton; about how water and parks bond measures are often corrupt efforts to secure money for the favored projects of the measures’ sponsors; about the $60 billion-plus in deferred maintenance on state roads; and especially about the many billions of dollars in unfunded pension liabilities.

“We act like we don’t have to pay debt back,” he says.

If you’re from Stockton, you know better.