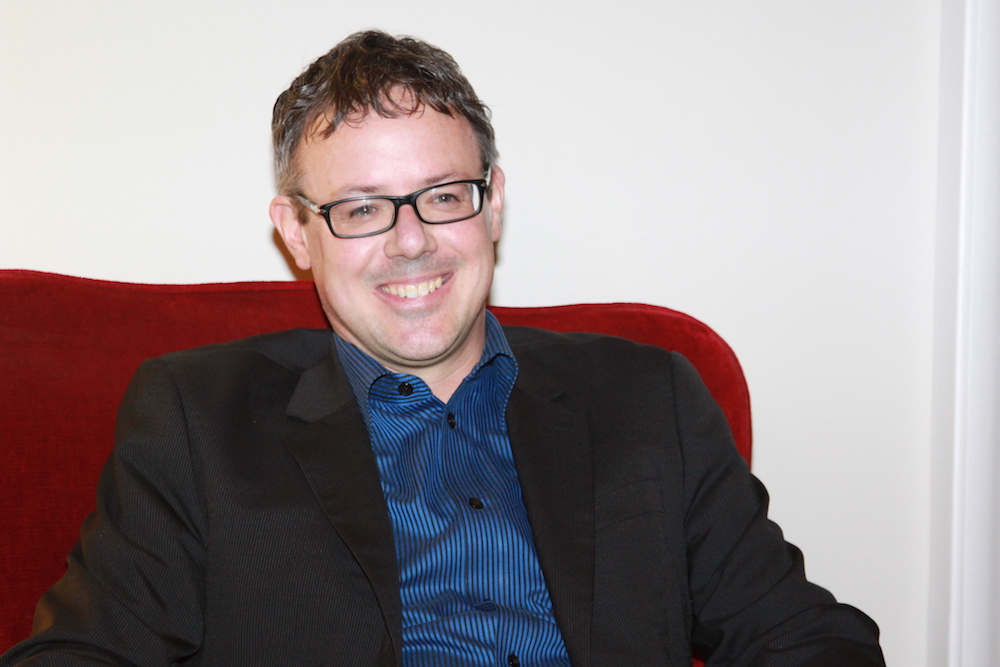 Reto Gysi von Wartburg is the deputy editor-in-chief for Swissinfo in Bern, Switzerland. He was previously an editor at the Swiss financial paper Finanz und Wirtschaft and holds a Master’s degree in New Media Journalism from the University of Leipzig. Before joining a Zócalo Public Square/Democracy International event at the City Hall in Donostia-San Sebastian in the Spanish Basque Country, he talked about the joys of mountains, Asian food, and being invisible.

Where would we be most likely to find you on a sunny Saturday afternoon in Bern?

Outside in a playground with my kids.

What do you most like to eat for dinner?

What question do you most often get from non-Swiss about Switzerland?

Is it true that we earn so much?

What does it take to get you on the dance floor?

A couple of beers.

It’s the mountain I can walk to: Faulhorn, which means "lazy peak.” I especially like it as there is a hut on top serving beautiful cheese and sausage platters and cider—and the view to look at the real mountains is even more spectacular than standing on top of them.

What place on earth where you haven’t been would you most like to go?

On top of Mount Kilimanjaro.

Sometimes it would be nice to be invisible.

What dessert do you find it impossible to resist?

Fortunately I don’t regret anything.