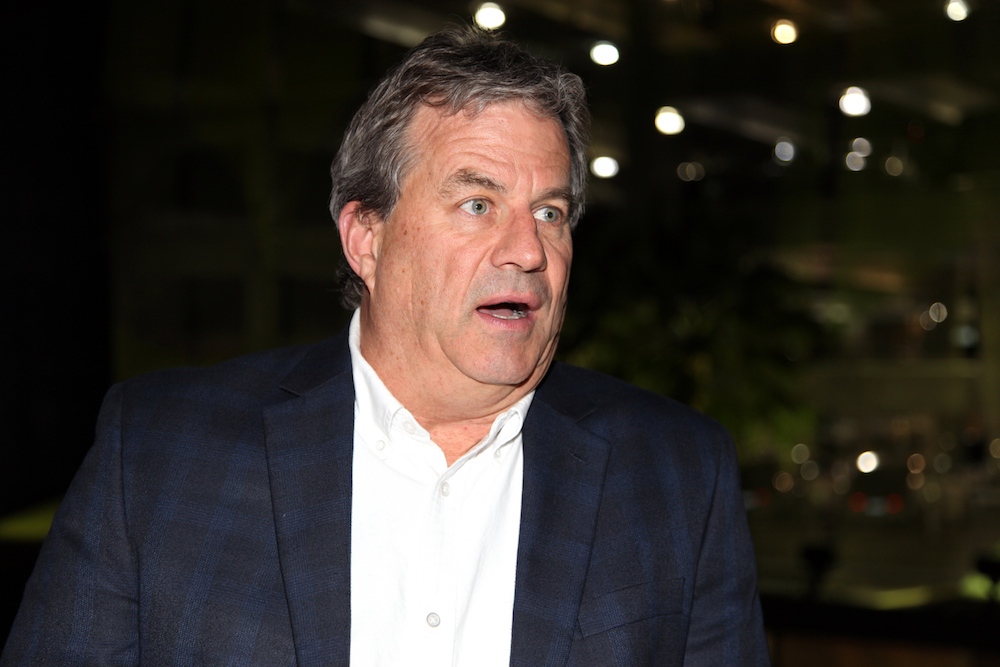 Sam Quinones is a Los Angeles-based freelance journalist and author most recently of Dreamland: The True Tale of America’s Opiate Epidemic. Previously, he was a reporter with the Los Angeles Times. Before participating in the Zócalo/UCLA panel “Can Anything Stop America’s Opioid Addiction?”, he talked in the Zócalo green room about rural Kentucky, his jobs as a meat salesman and ice cream man, and his love of the accordion.

What was the last road trip you went on?

I went to Kentucky two weeks ago to the Kentucky Association of Counties. You get this very deep feeling for how bad the opiate and heroin epidemic is. I would talk to these guys and they would say overdoses are through the roof.

What was your worst subject in school?

Mathematics. I made the enormous, huge mistake when I was in eighth grade of switching from a very hard and disciplined math teacher, an old guy, to a young hippie-dippie teacher who didn’t teach us a damn thing. I never caught up.

What’s your cure for writer’s block?

Talk with more people, read more, and then if it’s still a problem I try to bite off small chunks that I write without paying too much attention to where it might fit in the chronology of the story.

What salad dressing best describes you?

[Laughs] I guess oil and vinegar.

What story are you most proud to have broken?

If you could play any musical instrument, which would you choose?

I love the accordion.

I was a meat salesman for one day for a group of Scientologists in Pomona. This was in the ’70s. I was also an ice cream man, and I got attacked and cherry bombed by the rival ice cream man, a guy named Big Al who was on parole. He would’ve beaten me up, he told me, if he wasn’t on parole.

What’s missing from our national conversation about drug addiction, if you had to choose just one thing?

Community. We have spent 35 years now destroying community in America in a variety of ways, and that has led to our inability to tackle a lot of problems together.