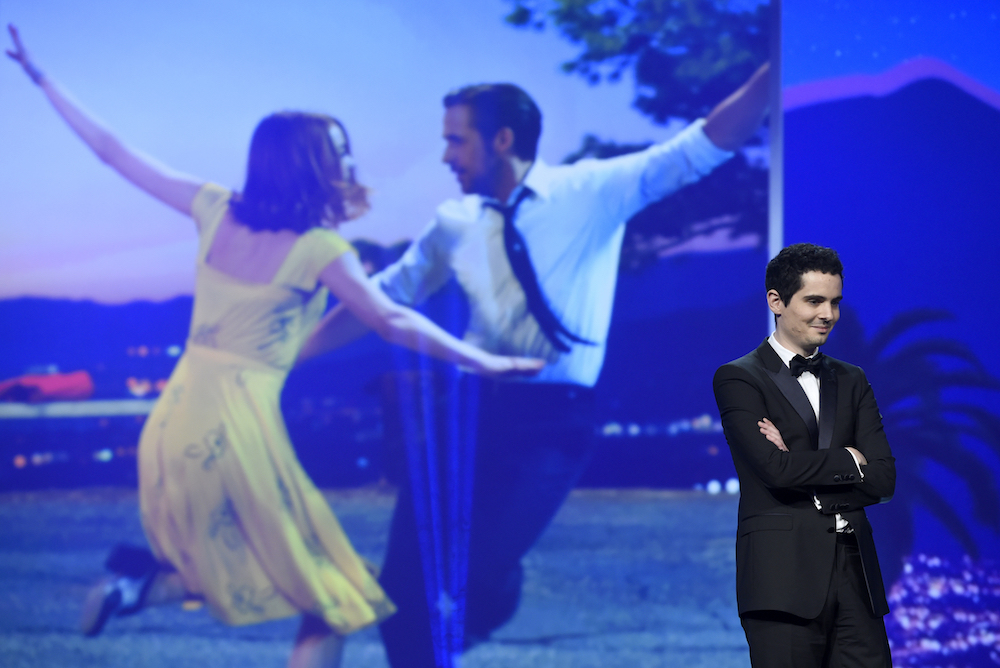 The brilliant new film musical La La Land is being celebrated as a love letter to Los Angeles. But the darker heart of the movie lies in a brief and devastating critique of Southern California, delivered by the jazz pianist played by Ryan Gosling.

“That’s L.A.,” he tells his lover, an aspiring actress played by Emma Stone. “They worship everything and they value nothing.”

There has been no better recent summary of the California struggle—with the very notable exception of the 2015 novel, The Sellout, whose author Paul Beatty recently became the first American to win the prestigious Man Booker Prize for Fiction.

La La Land and The Sellout seem very different. On the surface, the film, an Oscar favorite, might appear to be a glossy escapist romance about white artists who hang out in Griffith Park. The novel is a taboo-trashing racial satire about an African-American urban farmer of watermelons and artisanal weed who reintroduces segregation to his neglected South L.A. neighborhood, ostensibly in hopes of putting it on the map. (His real agenda is even more deliciously subversive).

But the film and the novel are two of the most thought-provoking and entertaining documents of today’s California. And both are about the same big problem: that for all our celebration of successful game changers in this state, we offer precious little space or support to those who dare to upset our blissful status quo.

The film and the book also make the same provocative argument about how to break through the Golden State’s stacked deck: Don’t be afraid to do things that are totally nuts.

To make an impact here, you must embrace, and express, your inner madman. Both works specifically champion a self-sacrificing craziness, a willingness to surrender yourself and the people you love to focus on making your mark. Here, hitsville and heartbreak are two sides of the same heavy coin.

La La Land makes a straightforward case for crazy. Gosling’s musician is the film’s romantic hero, because of his uncompromising commitment to restoring traditional jazz even though he can’t pay his bills because the rest of the world is abandoning the form. Stone’s frustrated actress only inches closer to the red carpet when she devotes herself, against conventional wisdom, to producing her one-woman play in a theater she can’t afford to rent.

And in the audition scene in which she finally breaks through, she embraces the virtues of craziness in song: “A bit of madness is key to give us new colors to see. Who knows where it will lead us?”

Both the film and the book wrestle with the conflict between loyalty to one’s dreams and selling out—and in the process point out just how hard it is here to tell the difference between the two.

Beatty’s novel similarly suggests that, to smash through the California looking-glass world, the sanest course may be to go right over the edge. The farmer refuses to accept the city of L.A.’s erasure of his minority neighborhood (it’s called Dickens, in one of Beatty’s winking allusions to artists who embraced thorny social themes). And so the farmer fights this fire of systemic discrimination by violating dozens of laws and cultural norms. Most outlandishly, he takes a slave, who helps him segregate the local school, hospital, bus line, and businesses to the advantage of racial minorities. (He puts up signs reading “Colored Only” and “No Whites Allowed” all over Dickens).

Beatty’s satire is so rich and layered—no one is left unskewered, from white supremacists to our first black president—that it’s futile to attempt to convey it in a short column. But I will mention two of the most provocative parts of the politically incorrect plot—how long it takes for anyone outside the community to notice the farmer’s segregation edicts, and how, through the farmer’s loopy and unconstitutional acts, seeds of tolerance and kindness (lower crime, higher test scores, more polite behavior) take root.

“The racism takes them back,” the farmer explains. “Makes them humble. Makes them realize how far we’ve come and, more important, how far we have to go.” And it is only through embracing racism that the farmer makes his impact—and a point. As a judge in the novel remarks, “In attempting to restore his community through reintroducing precepts, namely segregation and slavery, that, given his cultural history, have come to define his community despite the supposed unconstitutionality and nonexistence of these concepts, he’s pointed out a fundamental flaw in how we as Americans claim we see equality.”

The Sellout and La La Land keep the reader and viewer enjoyably engaged and off-guard because they leaven their tough messages with comedy (the movie takes on screenwriting and the Prius, while the novel imagines “the Untouchables” in its caste system as starting with Clipper fans and traffic cops). And both works, for all their high ambition, fall back on some wondrous magical realism as an escape hatch from the difficult tonal and political juggling acts they perform. The La La lovers literally float into the stars through the ceiling of the Griffith Park Observatory, while The Sellout Metro bus becomes a rolling party that ends with the vehicle being driven into the Malibu surf.

The Sellout feels especially current because it breaks political ground, even becoming the first artwork to satirize our state’s fastest-rising representative, Attorney General-turned U.S. Senator-turned-presidential wannabe Kamala Harris. Once the farmer is finally arrested, an unnamed black-and-Asian-American California attorney general shows up in Prada shoes to prosecute him for violations of major civil rights laws, the 13th and 14th amendments, and six of the Ten Commandments.

Both the film and the book wrestle with the conflict between loyalty to one’s dreams and selling out—and in the process point out just how hard it has become to tell the difference between the two. And both get at a painful paradox. We know we must hold onto real people and real things, to be truly human. But in L.A., we learn we must loosen our grip on reality to get noticed, and get ahead. It’s not just lonely at the top; it’s lonely on the whole journey up the California mountain.

In this way, both masterpieces ultimately raise the question of whether making your mark here is worth the cost. It may be that the real winners in this California are those who don’t bother to play the game and navigate the hurdles to ambition—and instead plop themselves down in unfancy places where they can enjoy warm weather and their loved ones in blessed obscurity.

No character in the book or the movie is happier in Beatty’s satirized world than the farmer’s slave, an aging actor named Hominy from the 1950’s TV show Little Rascals who refuses all efforts to free him. Trying to be a star in L.A. is so confounding that he prefers the simplicity of servitude.

After all, if you’re going to live in a place that values nothing, then why fight so hard to be something?