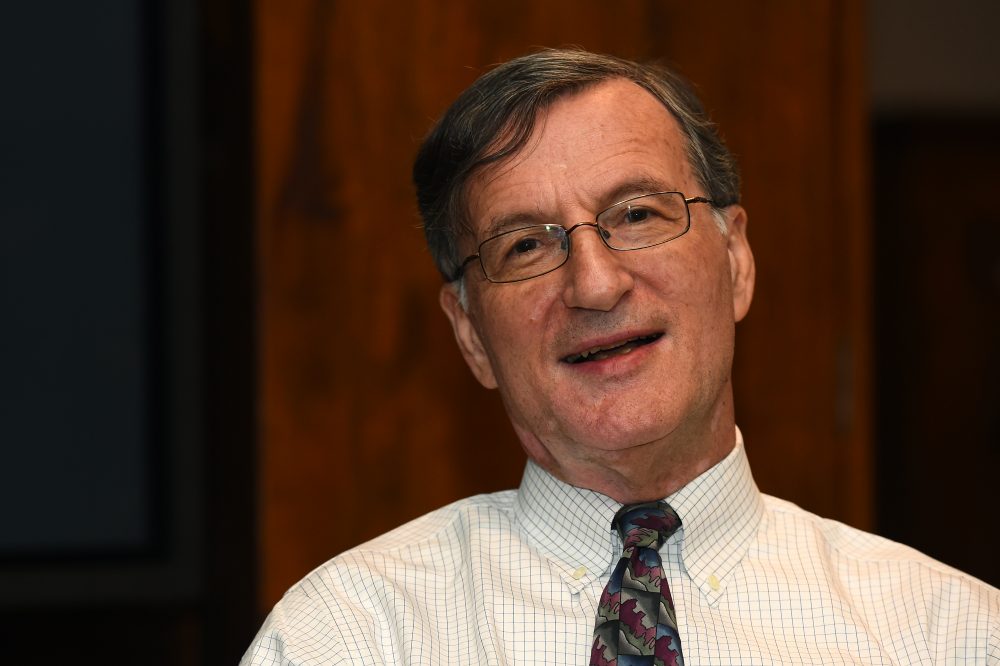 Steven Greenhouse is a former longtime labor reporter for The New York Times and author of The Big Squeeze: Tough Times for the American Worker, winner of the Sydney Hillman Book Prize for work that advances social justice. Before moderating a Zócalo/UCLA panel discussion in Los Angeles asking “Does Globalization Only Serve Elites?” he spoke in the Zócalo green room about chess, his heirloom shofar, and the insomniac effect of the computer screen light.

The power to bring justice to the earth.

What’s the last board game you played?

Three things: too much blue light on my computer, worrying about what Donald Trump might do next, and worrying about and thinking through the book I’m writing.

I am reading a book about the fight for a $15 minimum wage. And I just finished the wonderful Neapolitan quartet by Elena Ferrante, which was extraordinary.

When you were a child, what did you want to be when you grew up?

What is your most prized material possession?

The shofar that comes from my great, great grandparents, that is going to my son.

Who is the one person, living or dead, you would most like to meet?

There are so many. I’d love to meet Abraham Lincoln, Martin Luther King, Walter Reuther.

If you could live in any other time, past or future, when would it be and why?

In college I studied literature and I was enamored of mid-19th century France. Balzac, Stendahl, Hugo. There was a romantic element to it, but also a concern with the real world.

What is your favorite word?

There are times when I’ve had a favorite, but right now nothing comes to mind. In law school I was fascinated by the word ‘procrustean.’ ‘Clementine’ is a good word.

How would you describe yourself in five words or less?

I try to be fair-minded and sensitive to others.