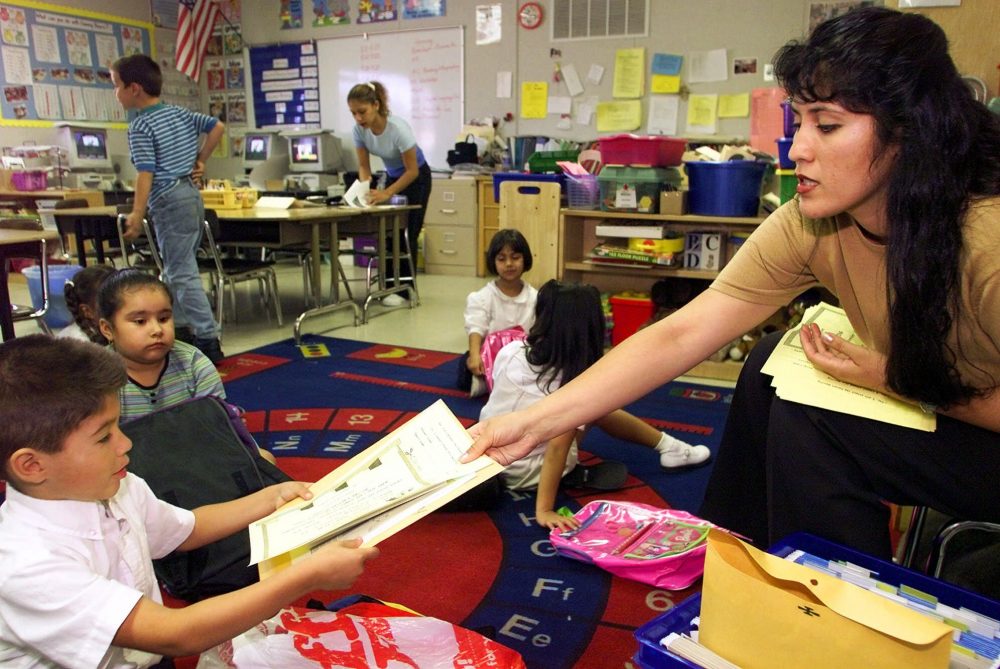 The idea involves the sleep of schoolkids, and the state senator is Anthony Portantino, who represents me and nearly one million other residents of one of California’s nerdiest regions, the San Gabriel Valley.

Portantino has won plaudits for a bill that would require middle and high schools to start the school day later—no earlier than 8:30 a.m. The bill is grounded in research showing that additional sleep and a later start would reduce tardiness and absenteeism, which in turn should increase school funding (which is tied to attendance) and improve students’ academic performance.

My two older sons’ school starts at 8:10 a.m. So, at around 8:02 a.m., Portantino’s bill has such obvious appeal that I wonder why he doesn’t extend its protection to elementary schools.

Some days, just eight minutes before school starts, I must climb to the top bunk to wrestle my oldest son, a second grader, out of bed, and into his clothes. Sometimes I must dive deep into the lower bunk to pull out my middle son, a kindergartener. I’ve strained my back with both maneuvers and raised my heart rate while racing three blocks to their classrooms before the bell rings.

One could argue this is a failure of my parenting. I could wake them earlier—but this causes conflict, and doesn’t necessarily get them out of bed. I try my best to get them in bed at 8:30 p.m. so they’ll wake up earlier, but they resist, and stay up reading Harry Potter and Captain Underpants books. So another 20 minutes of wiggle room, courtesy of state law, sounds pretty good—even if it makes me arrive later to work.

But when my back stops throbbing and my pulse returns to normal, I remember that the real problem in California education is not how early the school day starts.

Extensive research shows we must find a way to fund and organize more instructional time. Dozens of studies of campuses with longer school days and school years have found that such schools do better, especially in serving students considered to be at-risk.

Put simply, California’s idea of a full day of school is far less than a full day. The state requires only half-day kindergarten, which amounts to just three hours and 20 minutes, about the length of a pro football game. First through third graders are required to have only four hours and 40 minutes of instructional time per day. It’s five hours for grades four to eight, and six hours for high schoolers.

School districts are free to do more. But given funding challenges, they rarely can. The calendar at our local elementary school is thus typical. My kindergartener is with his teachers from only 8:10 a.m. to 11:35 a.m. My second grader is in class until 2:25 p.m. four days a week; on Friday, there’s often early dismissal at 1:05 p.m. These shorter school days happen in a California that, following American tradition, guarantees just 180 school days a year.

This has the feel of hypocrisy (our children are our future, but not our educational priority), of rationing, and of missed opportunity. Despite the low reputation of California education, our teachers and schools have made big gains in achievement over the past generation, especially when one considers our relatively low levels of funding and our challenging student populations. So many of the teachers I’ve encountered in California schools are nothing less than magicians. Why can’t we give our kids more time with them?

The biggest answer is money: More hours of school would cost more, and California’s rickety school funding regime struggles to pay for the instruction we currently have. Many educational interest groups—from teachers to school boards to parents—have pushed for more instructional time. But proposals have run up against concerns about inconveniencing certain parents, create scheduling hassles after school, or adding to traffic, since more kids would be transported during rush hour.

But extensive research shows we must find a way to fund and organize more instructional time. Dozens of studies of campuses with longer school days and years have found that such schools do better, especially in serving students considered to be at-risk.

Some schools in California have acted on such research, with strong results. Catholic schools in Southern California extended their school year to 200 days some six years ago. The chain of charter schools known as KIPP has become a national model by increasing learning time with a school day that extends more than eight hours, typically from 7:30 a.m. to 4:00 p.m.

Beyond educational needs, a longer school day would address other social problems. California politicians of both parties often talk about the need to offer more and better child care. Extending the school day would be a straightforward approach to that problem. It also might blunt the effects of inequality, since better-off parents can fill off-school hours with enriching activities.

Both my wife and I work more than full-time. We cope with short school days by enrolling our elementary school-age children in the after-school program offered on campus. That costs more than $700 a month, combined, for the two boys. (As a result, our 6-year-old typically spends twice as much time at school in day care as he does in his actual classroom.) We’re spending another $1,500 per semester on after-school enrichment classes in subjects like robotics and Mandarin, offered by our community’s educational foundation and by our city’s Chinese club. We’re lucky we can afford this. It’s unfair so many other parents can’t.

Up in Sacramento, there’s talk about legislation to exempt teachers from some taxes. Okay, give the tax breaks if you like, and pass Portantino’s bill right along with it. But there ought to be one condition: a huge increase in the length of the school day and the number of days in a school year.

What would that look like? Well, 9 to 5 was good enough for Dolly Parton. And if a longer day means the kids come home tired, so much the better. Maybe they’ll finally get to bed on time, and wake up early enough that I don’t have to wrestle anyone out of his bunk.